5 rational thoughts about the Celtics’ half-fast effort in Cleveland 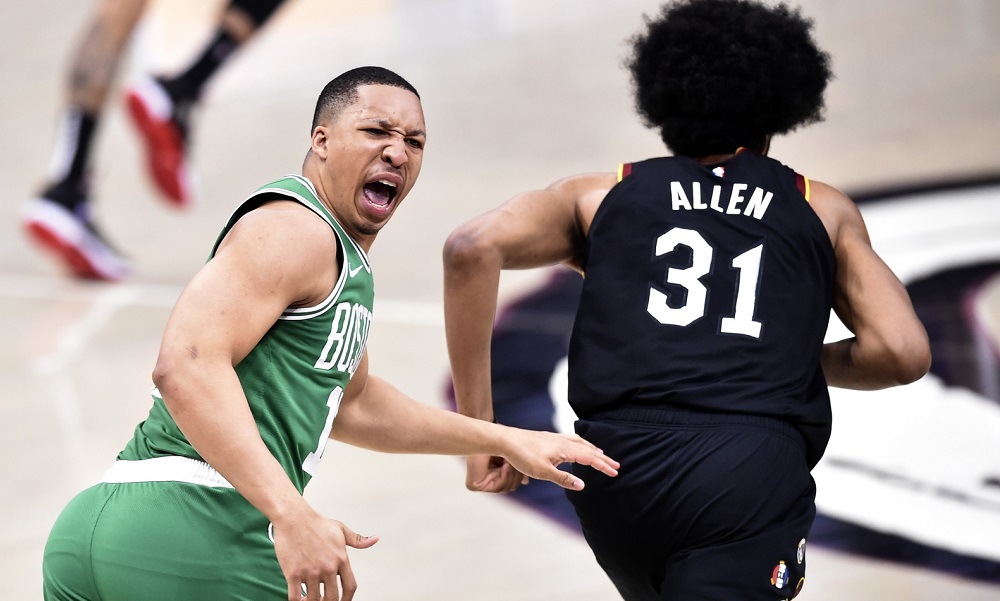 5 rational thoughts about the Celtics’ half-fast effort in Cleveland

We call these post-game reviews “5 rational thoughts,” but it seems like every time the Celtics play, they make it more difficult to remain rational. Last night’s mess in Cleveland was the latest example.

One night after playing hard against Utah but losing, it was reasonable to expect the Celtics would take out their frustrations on the lowly Cavs, who were 14-25 after also losing on Tuesday night. After all, it was St. Patrick’s Day, when everyone is Irish, or wants to be. Surely that would favor the team in green.

But, no! The Celtics’ only lead was at 2-0 because they went through the motions for the first half and couldn’t come all the way back in the second half. If you’ll excuse the pun, the effort was half-fast.

In the first half, Cleveland was clearly the hungrier team, attacking the rim again and again, getting to the line (12 FTAs), and scoring 15 points off 12 Boston turnovers. Meanwhile, the Celtics were ice cold but continued to chuck threes (3 of 15) and not dig in on defense. The most aggression they showed was Grant Williams committing a flagrant foul after not getting a call on what could’ve been goaltending.

Too little, too late

Down 55-38 at halftime, the Celtics finally woke up. They continued to settle for threes – their first six shots of the third quarter were from the arc – but they made three of them, sparking some hope. They then drove the ball repeatedly and finished the third with 14 of 22 shooting and zero turnovers. Jaylen Brown had 13 points in the quarter, Rob Williams pulled off a brilliant tip-in buzzer-beater, and Boston trailed by just 8 points.

In the fourth, Jayson Tatum dropped 15 points and the Celtics again didn’t commit a turnover. However, they inexplicably went back to gunning threes, which didn’t work (2 of 12 in the period), and although they attempted 17 free throws, they shot themselves in the foot by missing 5.

Boston cut the Cleveland lead to 3 several times, but never got over the hump because they couldn’t get stops. The Cavs shot 10 of 14 in the fourth and made 14 of 17 at the foul line.

Maybe with their packed schedule, the Celtics are too tired to do better, but what team isn’t tired?

Versus Utah, in roughly 40 total minutes, Semi Ojeleye (a starter), Jeff Teague and Payton Pritchard combined to shoot 0 of 1 for a total of zero points. Hard to believe.

At Cleveland, it happened again! Carsen Edwards and Javonte Green each played 3+ minutes and didn’t attempt a shot. Worse yet, Daniel Theis – who is normally one of the bright spots – started and played 25:36, missing his only shot (a three).

So, twice the Celtics had three players scoreless for an entire game. It’s just unacceptable for NBA players to be that passive. If all they’re going to do is take up space, they can do that on the bench.

Timelord took a hard fall on one alley-oop attempt, and had to go to the locker room for a bit. We held our breath, but he soon returned to the floor. Now let’s hope he’s not forced to sit out, because he’s about the only source of optimism right now.

The team desperately needs a shakeup, and the simplest one would be to put Rob in the starting lineup. It’s inevitable, just do it.

With a minute left, Jaylen cut the Cavs’ lead to 7 with this layup.

lol i cant believe jaylen made the shot after this fuckin slap to the face pic.twitter.com/aXEuH9LARR

Obviously, JB also took a slap to the face, which should’ve been at least an and-one, and probably a flagrant foul. That would’ve meant free throws, another possession, and maybe a chance for a miracle finish.

Except the referees saw nothing, called nothing. Only when Jaylen crumpled to the floor did they stop the game and review the tape for a “hostile act,” a bailout call which would’ve resulted in a technical foul on Cleveland. But the hit was plainly accidental, so that was the end of that. No foul and no flagrant foul, because they can’t use replay to review something that wasn’t called.

Who dreamed up this stupid system? Replay is supposed to correct when a wrong call is made, but if the ref completely blows it by entirely missing the play, there’s no recourse. Everyone saw this foul, but the officials were forced by rule to pretend it never happened. They looked like fools.

If the system actively prevents the refs from making the correct call, then duh, the system needs to be changed. It probably won’t be, but I’m sure today’s L2M report will acknowledge that the Celtics were hosed, as usual.