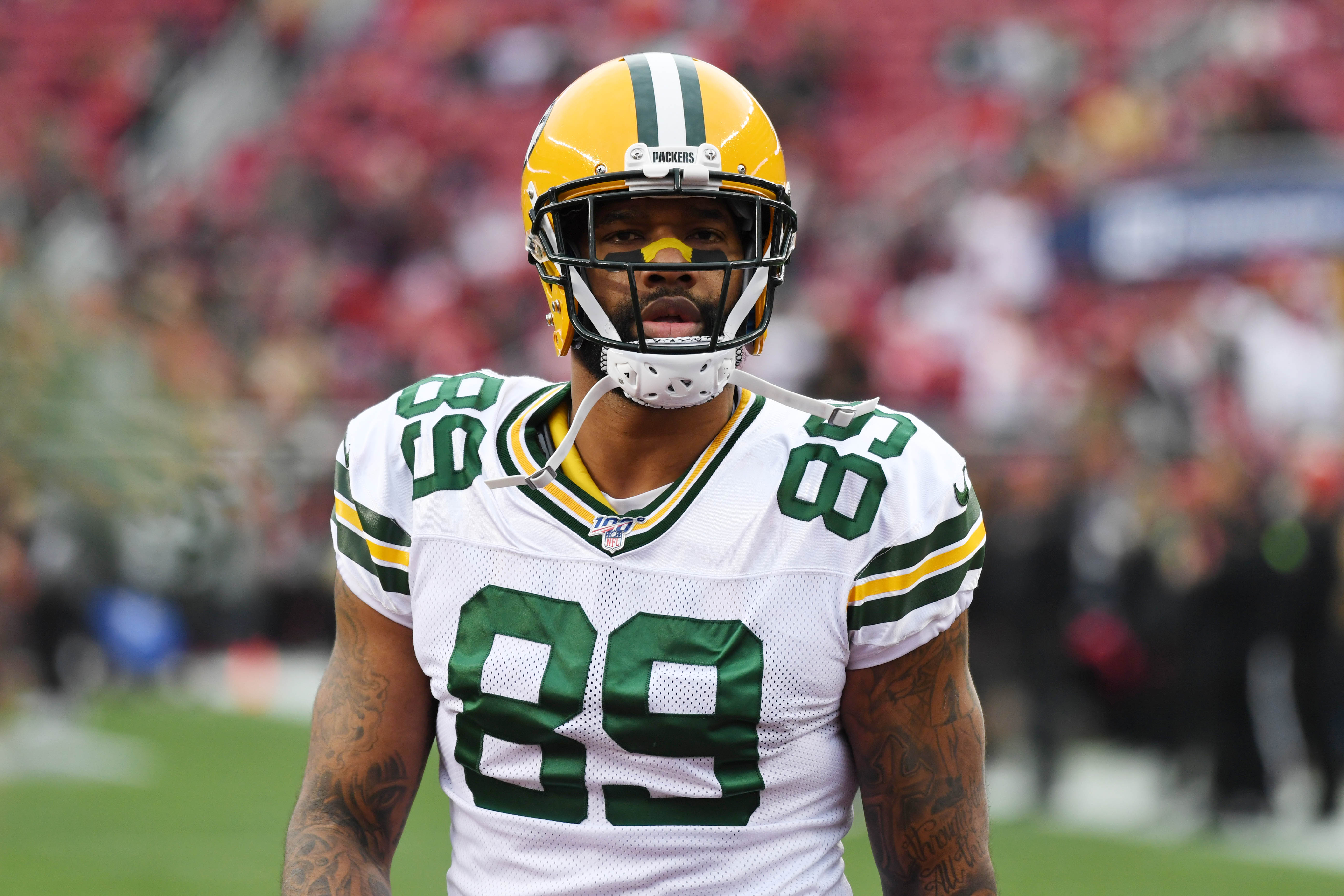 The Green Bay Packers offense led the NFL in points in 2020, scoring 509 points or almost 32 points per game. They should have a potent offense again in 2021 with Aaron Rodgers, Aaron Jones and Davante Adams all returning next season.

The Packers lost two key players on offense via free agency in center Corey Linsley and running back Jamaal Williams but the majority of the NFL’s top offense will be back.

That means that GM Brian Gutekunst should be focusing more on getting defensive help during this offseason in both the draft and in free agency. The team has needs at cornerback, defensive line, inside linebacker and safety and all of them will likely be addressed either in free agency or the draft or in both.

But there are still two veteran members of the offense who are free agents right now that the Packers should bring back. These players can be signed for a reasonable amount of money and they will likely sign a one-year contract to continue their careers in Green Bay.

Re-signing these two players will help give the Packers offense the stability, leadership and depth that they need to continue to play at an elite level in 2021.

Lewis has spent the last three seasons giving the Packers depth and experience at tight end. Lewis will turn 37 in May, but he is still grading out as an excellent blocker and a reliable receiver for the Packers.

He caught 10 passes in 2020 for 107 yards and three touchdowns. Lewis no longer has the speed to split the seam and get deep, but he runs precise routes and has good hands.

Lewis’ biggest assets are his blocking and his leadership. Head coach Matt LaFleur likes using multiple tight ends in his offense and having Lewis on the field means that they Packers have a strong blocker on the field for running plays and in short, quick passes at or near the line of scrimmage.

Lewis also does a good job of chipping edge rushers before heading out in a pass pattern. He can also stay in and block, giving the Packers an extra blocker to help protect quarterback Aaron Rodgers. He remains a valuable and respected leader in the Green Bay locker room.

Rodgers clearly appreciates having “Big Dog” on his team. “I think he’s a fantastic human being. He’s a really interesting guy,” Rodgers said in November. “He has a lot of wisdom and insight. He’s just definitely one of my favorite teammates that we’ve ever had around here. He’s a fantastic leader. A guy much like we’ve had in Julius Peppers, Charles Woodson … guys who, when they start talking, everyone shuts up and listens. That’s how it is with ‘Big Dog.’”

LaFleur also values the intangibles that Lewis brings to the table. “He’s a pro’s pro,” LaFleur said in a press conference midway through the 2020 season. “He just does everything the right way, he’s a great teammate and he’s just a great mentor for everybody around here, just the way he handles his business on a daily basis…You can’t have enough Marcedes Lewis-type players on your football team.”

The Packers paid Lewis a total of $2.3 million in 2020. They may be able to bring him back for slightly less than that amount in 2021 because of the reduction in the salary cap.

The other player the Packers should look to re-sign is guard Lane Taylor. Taylor has been with the Pack since 2013. The Oklahoma State alum agreed to take a pay cut to stay with the Packers last offseason and then won the starting right guard position in training camp.

Unfortunately, Taylor suffered a season-ending injury in Week 1 against the Vikings. It was the second straight year that Taylor’s season ended in September due to a significant injury.

The Packers offensive line can use more experienced depth heading into the 2021 season. We know Corey Linsley has signed with the Los Angeles Chargers and that starting left tackle David Bakhtiari will miss the start of the season after suffering a major knee injury last season.

Both of last year’s starting guards may be moved to other positions to start next season. Left guard Elgton Jenkins filled in at center when Linsley missed time due to an injury. He also moved to tackle when Bakhtiari missed time earlier in the season. Starting right guard Lucas Patrick may also move to center and has started games there for the Packers in the past when injuries struck.

The Packers have several young and unproven options at guard if Jenkins or Patrick are moved to another spot along the offensive line, but no veterans with significant experience. Jon Runyan, Jr., Simon Stepaniak and Jake Hanson are all candidates for the interior offensive line, but none of them have every started an NFL game and only Runyan has even played in one.

Re-signing Taylor, who has started for the Packers for three full seasons and parts of others, at a reasonable price, would be a low-cost insurance policy for the Green Bay offensive line. He could also help mentor the young interior lineman and show them by example what it takes to succeed in this league.

Bringing back these two veterans would help the Packers add depth and stability on offense without breaking the bank. They would be wise moves for Gutekunst to consider in the coming weeks.

Health and Fitness 57m ago