Your Morning Dump... Where we all need a dose of perspective 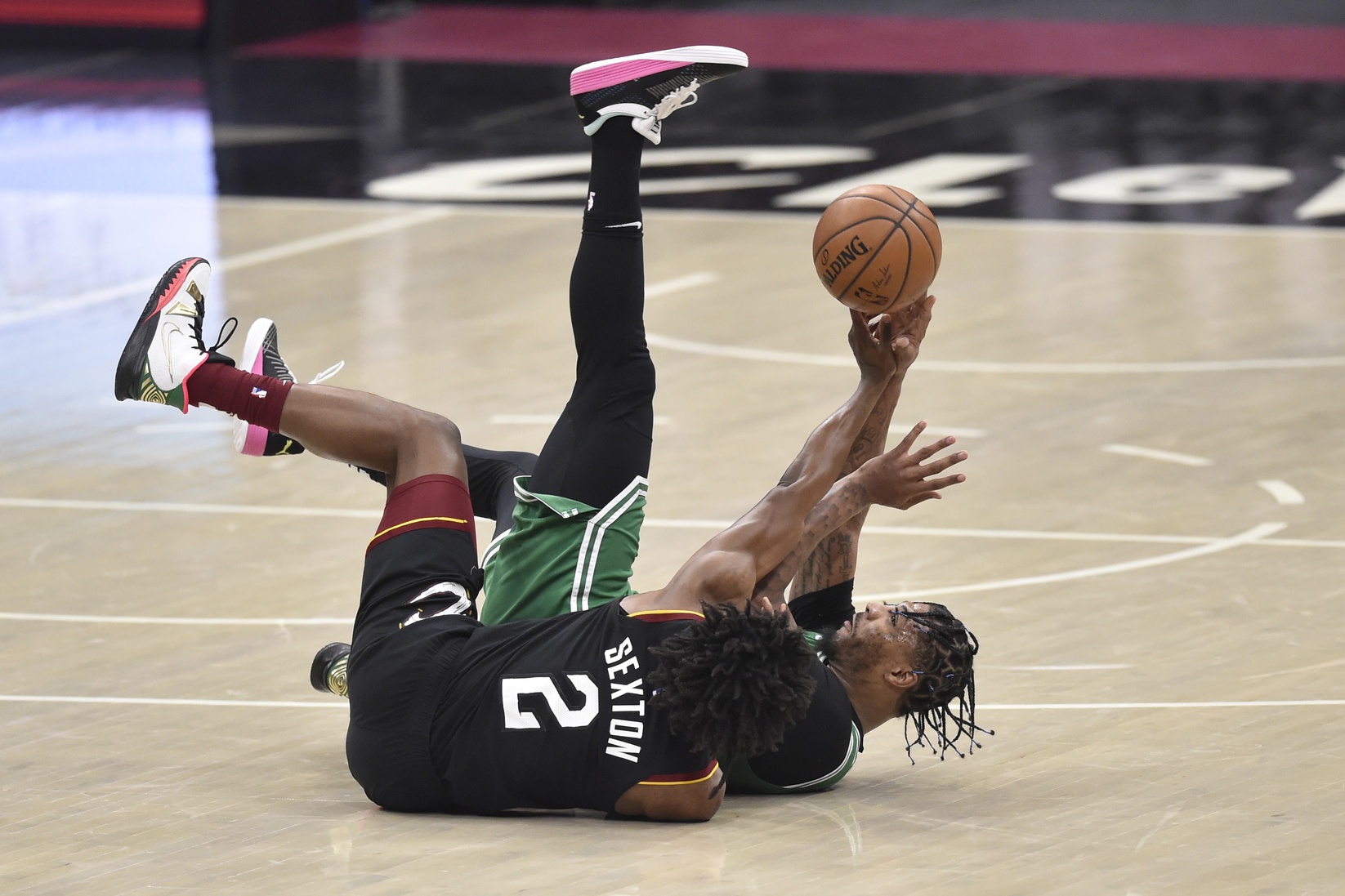 Your Morning Dump... Where we all need a dose of perspective

Boston does not lack for talent and that makes its roller coaster ways even more maddening. Jayson Tatum and Jaylen Brown are All-Star talents but they’ve struggled to get the most out of the players around them. Kemba Walker has struggled to find consistency working his way back from left knee rehab. Marcus Smart missed 18 games with a calf injury and is still navigating a minutes restriction as he ramps back up.

But that core, and with the recent emergence of Robert Williams, should seemingly be something better than one of the nine teams in the NBA within three games of .500. Instead, Boston is 12-17 over the past two months. Even when Tatum and Brown have had solid nights, it hasn’t consistently translated to wins. In fact, Boston has lost each of its last six games when both Tatum and Brown score 25 points or more.

Chris Forsberg names five players in that blurb above. Five players who, at this moment, would likely be the consensus ‘best five’ on the team: Walker, Smart, Brown, Tatum and Rob Williams.

I suggested on Tuesday that this might be the C’s best closing lineup.

Do you know how many minutes these guys have logged together on the court?

The C’s best lineup has been on court together for seven minutes across forty games.

It’s not even remotely fair to talk about the C’s ‘best five’ in any kind of collective sense because we haven’t the foggiest idea what they’re capable of. Nobody is. Nobody. And that’s the whole problem.

You can’t say that the C’s need to trade Kemba because “it just isn’t working out”, that’s nonsense. We have no idea if ‘it’ works or not. We haven’t had a chance to see.

You can’t say that the C’s bench is terrible because we haven’t had a chance to see what their bench rotations really look like, and that’s because the C’s haven’t had a sane starting lineup this season.

You can’t expect to be a top seed when three of your top five players are limited to this extent.

So what’s the end game here?

It should be getting healthy. That’s, after all, the reason for all these restrictions: Get this team healthy in time for the playoffs.

And a healthy C’s team is going to look nothing like this one. Over at Boston.com, Paul Pierce had this to say (by the way, you really should go over and read the whole thing, it’s a good interview):

“I just feel like there’s so much pressure on Tatum and Brown to perform each and every night for them to even have a chance,” Pierce said on Wednesday. “[There’s] not much depth off the bench. Smart, him coming back, but it’s not many guys you can rely on outside of those two or three guys.”

“Right now, they’re a team that is just missing something,” Pierce said. “Yeah, they have two All-Stars, I think they have great coaching, I think they have good leadership, they just don’t have the depth, I believe. I think they need another player that’s consistent, one you can count on each and every night that’s going to bring you something to the table.”

In an interview with Brian Robb at MassLive he had similar things to say:

“There’s nights where they look like world beaters, and then I just think they’ve just been inconsistent and maybe that has a lot to do with players in and out of the lineup, missing out on Marcus Smart for so long really hurt,” Pierce said. “They look like pretty much who they are, a middle-of-the-pack team right now. They don’t have any depth, Kemba hasn’t been consistently good like he has in the past. Maybe it’s because his injury or he’s getting up there in age.”

He’s not wrong. Right now, the C’s have a huge problem with depth–and that’s what comes with having two key players on minutes restrictions and a third guy who’s being held out of back-to-backs.

In a typical game, with full health, let’s say you expect to get 30 minutes from Rob Williams and 33 minutes from Walker and Smart. That’s 96 man-minutes out of 240 available (5 players x 48 minutes).

Instead, you have a maximum of 45 man-minutes of those guys available. That means you have to fill 51 additional man-minutes with bench guys. That time doesn’t come out of thin air: You get those extra minutes by playing bench guys against the other team’s starters–and even against a lowly team like Cleveland, that’s not always going to work out well.

There’s a great exchange from House, that applies here:

Cuddy: “How is it that you always assume you’re right?
House: “I don’t, I just find it hard to operate on the opposite assumption.

The front office assumption has to be that this team is–if healthy–put together correctly. A healthier variation of this team was able to dispatch the defending champs in last season’s bizarre playoffs.

And yes, you can call me a ‘Pollyanna’ for preaching patience with this team, but believe me, this positive attitude comes from a pretty dark place.

My favorite Celtic of all time died playing pickup basketball during the offseason in 1993.

So unless and until someone on this team drops dead, I’m going to insist on a bit of perspective.

MassLive: Celtics’ Danny Ainge on the March 25 NBA trade deadline: ‘This is the week where the heat gets turned up’