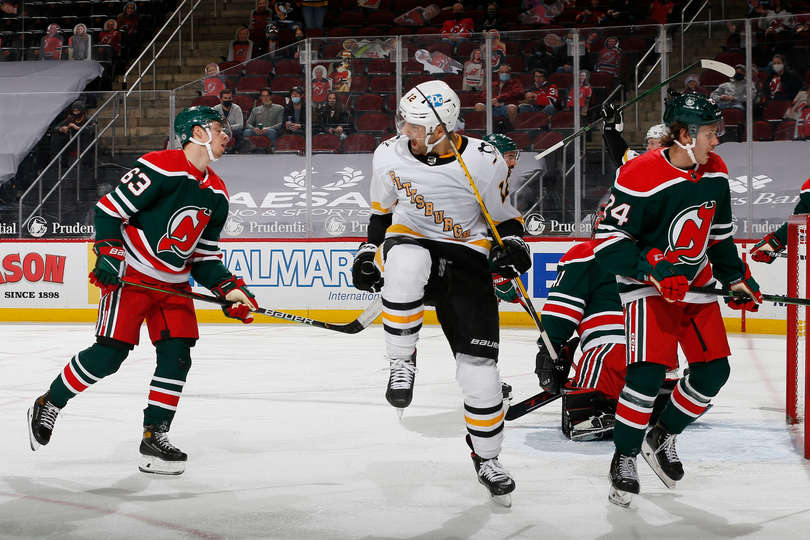 NEWARK, NJ – MARCH 20: Zach Aston-Reese #12 of the Pittsburgh Penguins reacts after scoring a goal in the second period against the New Jersey Devils at The Prudential Center on March 20, 2021 in Newark, New Jersey. (Photo by Andy Marlin/NHLI via Getty Images)

The Penguins came into this afternoon tilt in Jersey having lost each of their last two games, including Thursday at The Rock.

Gut check time to avoid losing 3 in a row and it was a lead by example kind of effort from Sidney Crosby.

Big Greg Jennings Energy from the Cap all game long and with the Pens injured list having a better K/D than that kid that left high school to be a professional COD player, it’s exactly what the Penguins needed.

It was a good game top to bottom for the Penguins, too.  They feasted in front of Wedgewood all day long, but didn’t really give the Devils much at the other end. 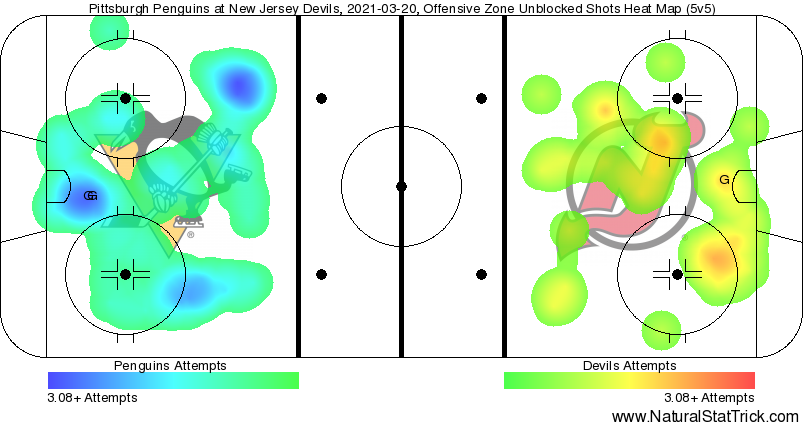 And when they did, Casey DeSmith stared them down with a .960 effort.

Huge response from a team that just won’t die this year.

McCann back, filling in for Malkin in the middle on the second line while Brandon Tanev came out of the lineup due to an upper-body injury.  DeSmith between the pipes for the away leg of the back to back.

Jersey welcome Pavel Zacha back, who is neither a sandwich nor an EA Sports generated name.  He just is.  Wedge Wood opposite The Smith.

🔸McLeod out, Merkley in
🔹Zacha back
🔸Defense stays the same
🥅 Wedgewood pic.twitter.com/qTNbamixFp

Pens got off to a much better start than they did in Thursday’s loss, controlling all 3 zones in the early going.  Crosby’s line extremely noticeable and Sid himself looked this was going to be the game he put the team on his back.

Let’s see if you can guess what happened next.

If you guessed that the Penguins would nearly score at one end, then get hit for a goal at the other without cheating (you rascals!), find me on twitter and we can start a fortune telling company called Hockey Soothsaying Discount Warehouse where we NFT tweets like “the Penguins are going to give up a goal here.”

And that’s precisely what happened.

Big time breakout from 87 here, getting on his horse to support Rust and create a ton on his own.  Just zipping around the offensive zone.  But as the puck eventually ends up bouncing around in front, Guentzel is a little slow to jump into the scrum.  That leads to a 3v2 back the other way as Matheson jumps on for Dumoulin behind the play.

Center drive opens up the passing lane for Bratt to hit Vatanen on the back stick, but DeSmith read it nicely and got across to make what seemed like it was going to be a goal-saving save.

Jacking up the Desperation player stat decreased the Rebound Control quality.  DeSmith couldn’t do anything other than have it kick out into the slot to where Kyle Palmieri was crashing late, but just early enough to catch Rust sleeping, who you’d have to say was slow and late tying up Palmieri’s stick.

Pens got a powerplay somewhere in there, couldn’t convert.  Crosby started getting double shifted and nearly scored an outrageous goal just before the Devils got their first powerplay of the day.

Depleted PK unit handled the business and get to the intermission just down 1.

Pens came out in the 2nd exactly like they came out in the first.  Crosby was flying and nearly set up Rust on the back post for his second in as many games, but it was the Penguins “3rd” line coming through and finally beating The Wedge Wood.

The full sequence is worth the watch here.

This line starts off by turning the puck over just trying to get into the offensive zone in that danger area just inside the blue line.  Just had that feeling like… 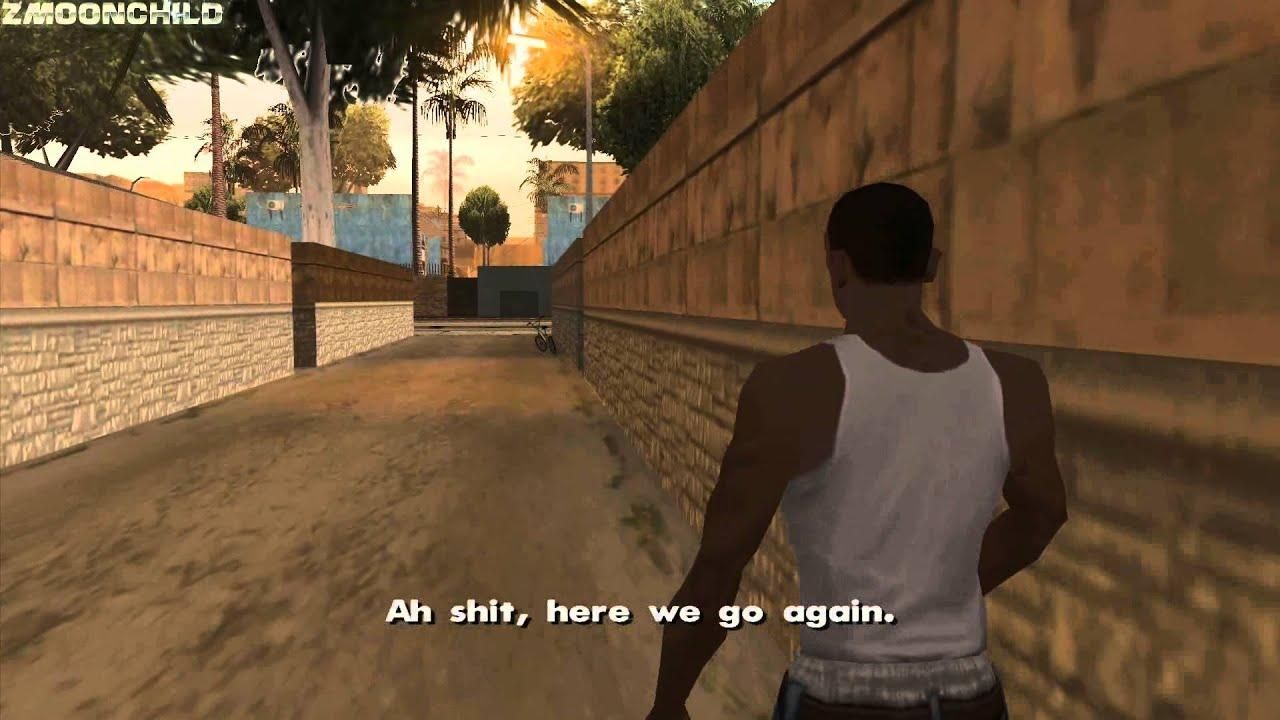 But then Jankowski made a play and kept it from going the other way, sending it into the offensive zone to let Lafferty and ZAR tag up go to work.

The next bit is important because this 5 man unit just dominate the Devils and hem them in their own end, including Jankowski making another big time Motezuma’s revenge play to keep it in the zone.

Second period, long change, and an eventual clearance that didn’t get anywhere close to far enough away from their zone to get the Devils a full chance and the Pens 3rd line was able to keep momentum and go right back on the attack on the Marino/Pettersson quick up.

ZAR and Lafferty combined inside the zone, puck bounced around a bit as the Devils converged, but ZAR came away with it and found the back of the net.

Letang drew a penalty right after and the result was much better and likable than the first go.

The first half of the PP left a lot to be desired and looked like it wasn’t going anywhere.  They did eventually get back into the offensive zone, the set up looked a bit disjointed to the point where it took Crosby and Guentzel having to win a puck back in the corner to even have a chance at getting anything going.

But with the way 87 was playing, you’d always have to bet on him.

They dig it out and Rust is the beneficiary, walking off the wall, shrugging off a challenge and going backhand shelf on a straight unruly play.

This of course meant that the Devils would get the next powerplay.  They did this about a minute later, but the Pens killed it off again.  Sceviour nearly buried one right as the penalty expired, 87 continued to waterboard the Devils, and the Pens survived a late barrage to get to the second break with their one goal lead in tact.

Couple of exchanges at either end before score effects took over and so too did the Devils.  DeSmith held down the fort as the Devils tried to throw him into a lake of fire.  He’d have to deal with powerplays 3 and 4 for the Devils back to back just over 7 minutes in.

Through tthose 4 powerplays, the Devils registered exactly 1 shot and it came on the 3rd PP.  If you subscribe to my Letterboxd, you’d have seen that my review of this movie is 5 stars, I like it a lot.

It seemed to give the Penguins some life and just like that, ERod forced a turnover behind the net when Wedgewood and Subban got their signals crossed, but he couldn’t deposit it into the empty net.

Off the ensuing faceoff, which Crosby lost, he just balled out, chased down the clearing attempt and held it in the zone, then had enough time to line up his shot.  Devils decided to ignore Jake Guentzel’s existence at the same time, allowing him to just ghost in to the dot and redirect 87’s stick searching shot-pass.

Once again, the Milkshake Factory was vibing with the boys.

Jake’s tips bring all the boys to the yard. See yinz Sunday! https://t.co/G51gudETbm

Got a little 4v4 action with under 5 minutes to play as Lafferty and Kulikov got matching minors for being dicks.  Door Stopper out with about 2 minutes to play for the extra skater.

Quick scare 10 seconds into the 6v5 during a mad scramble in the crease.  Puck squirted across the line but after the ref blew his whistle.

Most threatening the Devils looked all night came in the final 2 minutes with the extra skater but the Hockey Soothsayer Discount Warehouse had the Pens on the puck line.

Back at the Paint Can for another 1 PM start against this same Devils team on Sunday.  Finish them.