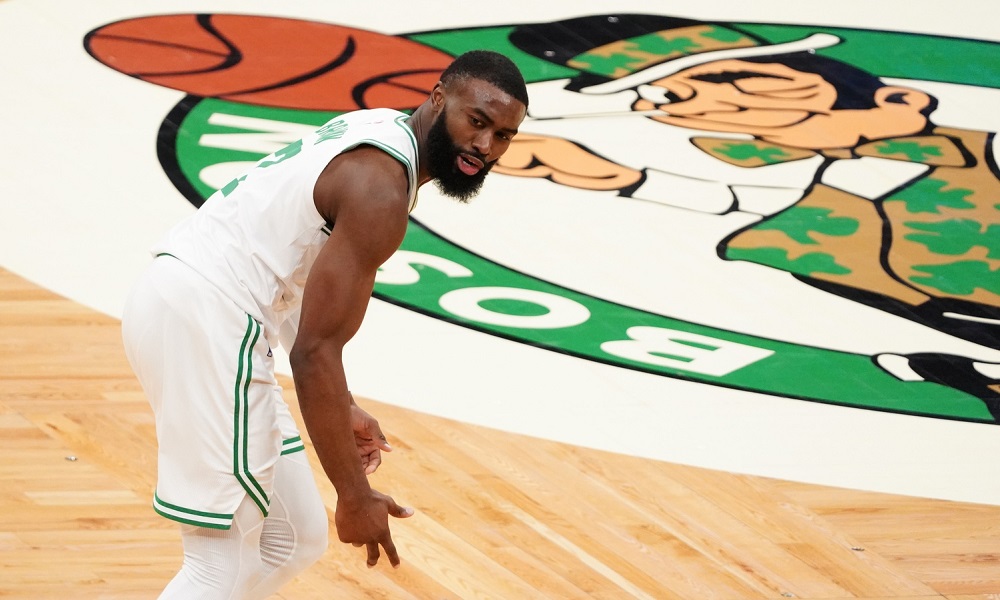 The Celtics had been a miserable 0-4 in Sunday afternoon contests, but they got off that schneid decisively today with a 112-96 home victory over the Orlando Magic. Ball movement returned, as did defensive hustle and noticeable spirit and enthusiasm, all of which made for a feel-good win to start off a challenging week of five games in seven days.

The Celtics buried the Magic by making 23 of 54 triples (a healthy 42.6%). That was one shy of the team record for 3ptFGM. Of course, the Celtics can never do anything the easy way, so a Magic run from late third quarter into the fourth cut the lead from 23 down to 8.

No worries, Jaylen Brown held off the rally with a career high 10 threes, including 3 of 6 in the fourth quarter to lock up the win. He finished with 34 points. Jayson Tatum added 23 points, 19 of them in the first half. Nikola Vucevic led Orlando with 22.

The only head-shaking stat was the Celtics again in single-figure free throws (9 of 9) while the Magic were 21 of 30.

#Celtics trail #Magic 31-27 after 1Q. BOS playing with more energy but isn't getting any breaks. ORL with a couple of back-breaking late shot clock buckets.

Both Aaron Nesmith and Semi Ojeleye in to start the second quarter for Boston. Celtics have gone 10-deep so far this afternoon.

Semi is rotating and closing out on everything. He’s easily been the best defensive spark for Boston today. Nice to see him making that impact

Jaylen mentioned he needed to find new ways to lead this team.

He’s leading with his energy on both ends right now.

Orlando just has no intention of bringing a big up to contest Jayson Tatum?

Brad Stevens has to like what he saw during that second quarter. Tatum got hot, but the defense is what was most impactful. C's outscore Orlando 29-17 during the 2Q and hold a 56-48 lead at the break.

Boston got hot shooting the ball from deep, but the good sign was the defense. They were active and did a great job switching and talking in the second quarter.

Celtics have opened the third with a 10-1 run, including seven straight points from Kemba Walker and a three from Daniel Theis. Lead 66-49

26-9 Celtics run since midway through the second quarter.

Critical possession from Boston here. Come out and make a basket to end this run and settle the game down, or watch their 23 point lead dwindle to single digits

If the Celtics hang on, they can probably thank Fournier for taking two really unnecessary 3s, which resulted in points for the Celtics.