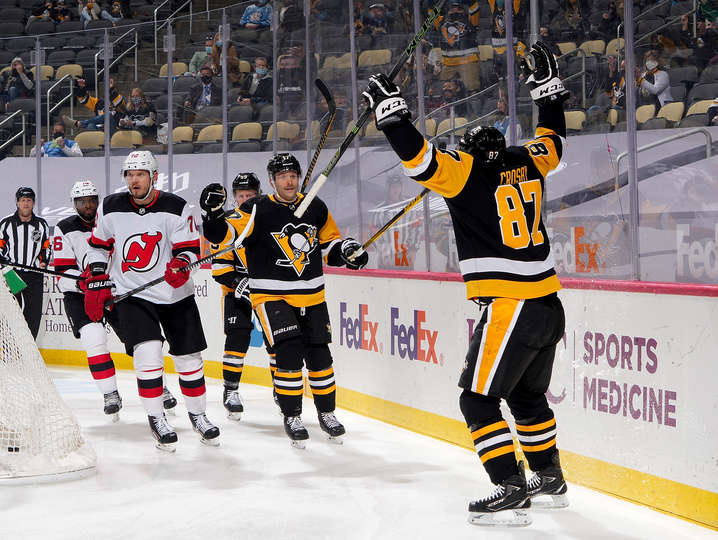 As goes every game this season, a big two points were on the line for the Penguins as they looked to take the rubber match of their three-game series with the Devils.

They didn’t leave the game empty-handed, but a mediocre performance from a mediocre lineup left them with a disappointing result. They should consider themselves lucky they made it out with a point.

It's a great day for hockey! pic.twitter.com/0E4sXzmP7Z

Brandon Tanev was scratched again as he deals with an undisclosed injury. Here’s to hoping it isn’t anything serious as he’d been one of the Penguins’ best skaters in recent games before the injury.

No changes for the skaters.

Tristan Jarry back between the pipes.

Sidney Crosby leads the way for Pittsburgh on home ice with 20 points (7G-13A) in 15 games. pic.twitter.com/Vq5SY1a7TL

The Penguins spent the majority of the game’s opening minutes fending off a hell storm from the Devils as they fired the puck every chance they got, but thanks to a masterful zone entry, some beautiful passing and an elite finish, they scored the game’s opening goal.

Dumoulin’s center lane drive opened up the forwards on the outside and they took care of the rest.

Crosby was cheesing before the puck even went in the net. 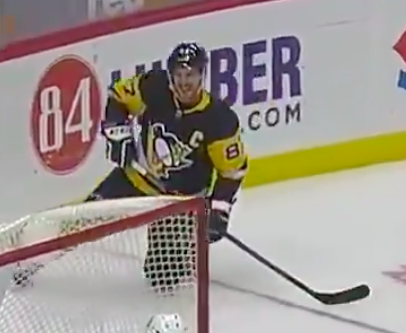 We are not worthy.

The Pens took the lead into intermission but shot attempts (21-15) and scoring chances (14-8) sat in favor of the Devils.

Sami Vatanen evened the score on a blast from the point. He had a ton of time to wind up and let ‘er rip as the Pens’ forwards left him unmarked.

The Crosby line had a rough go in the d-zone in this game. Lots of puck chasing and blown coverage. Kris Letang and Brian Dumoulin weren’t exactly flawless, either.

The rest of the period was a bit of a snoozer, but the Devils once again controlled play and had the Pens on their heels.

Add another 15 scoring chances for the Devils and 8 for the Pens.

It’s not hard to see why the Penguins will be in serious trouble if they don’t get some players back from injury in the coming weeks.

Mark Jankowski missed the net by a mile on a two-on-one halfway through the period as both teams looked to break the deadlock. I am absolutely sick of him.

The Penguins didn’t give the Devils anything in the third. They made a push in the final minutes of regulation, but didn’t create anything substantial and the game was sent to OT.

Third period shot attempts were 19-9 for the Pens. Scoring chances were 9-0 in their favor as well.

A little over halfway through OT the Devils claimed victory on a beautiful wraparound from Jesper Bratt.

All situations, shot attempts were 56-53 for the Devils, but shots on goal were 36-35 in favor of the Penguins.

The Pens are off until Wednesday (8 PM start, you’ve been warned) when they host the Sabres for a back-to-back at the Paint Bucket. LGP.