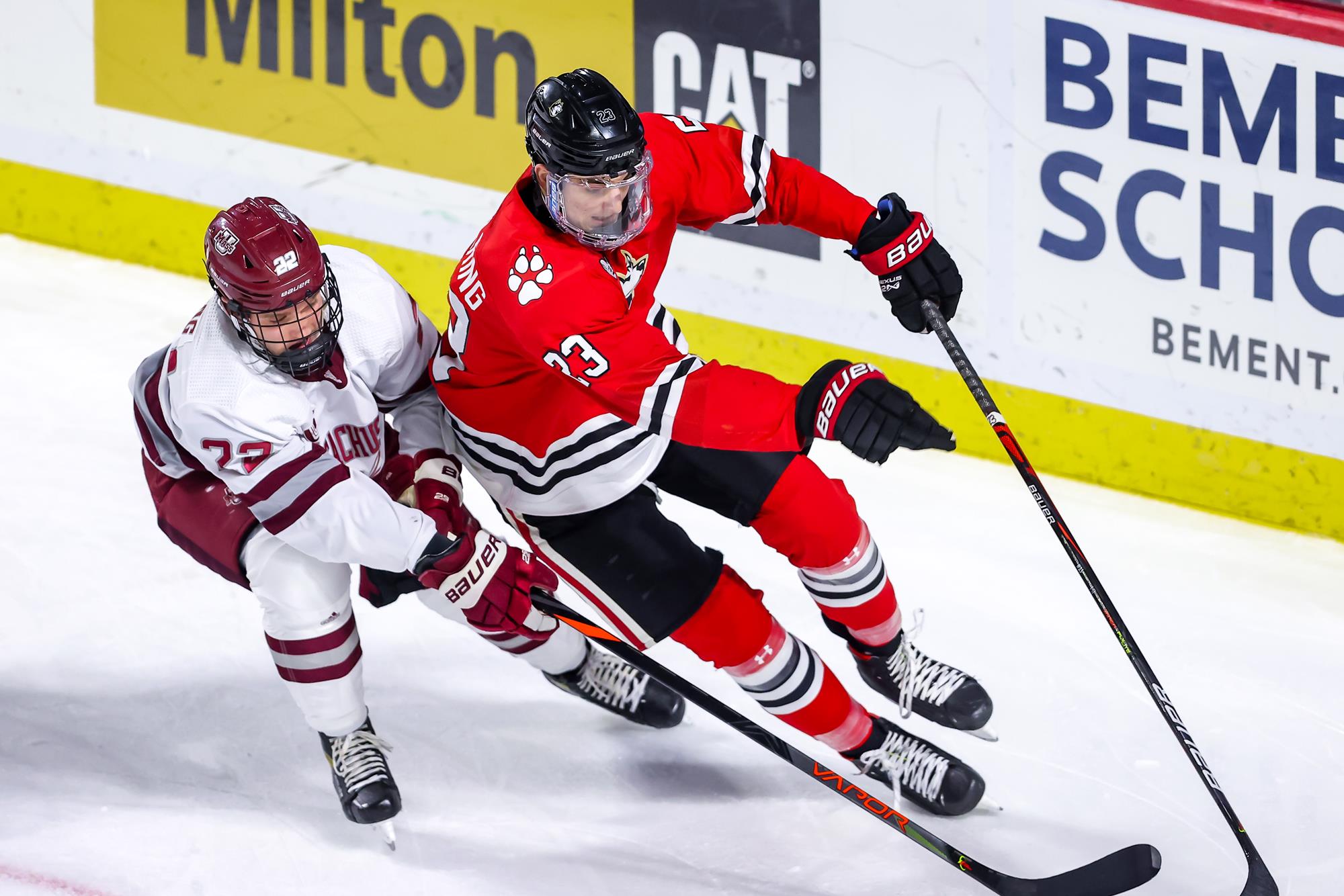 Kesselring, selected 164th overall by the Oilers out of the New Hampton School, spent the 2018-19 season in the USHL with the Des Moines Buccaneers and the Fargo Force. He advanced to the NCAA level with Northeastern in time for the 2019-20 season.

As a freshman, Kesselring scored five points (2 g, 3 a) in 34 games for the Huskies. Northeastern’s season, along with the rest of the NCAA, was cut short due to COVID-19. Kesselring did help the Huskies claim the 2020 Beanpot Championship, the school’s third straight.

Northeastern was eliminated from the Hockey East Tournament last week when they dropped a 4-1 decision to UMass in the Quarterfinal. UMass would go on to win Hockey East this past Saturday night.

Kesselring’s skill-set is a strong fit for the modern game. At 6’5″ and 205 pounds, he provides the kind of size needed to succeed in the professional game. He’s also a quick skater, and can move effortlessly between the defensive zone and the offensive zone. His puck moving ability is strong as well, as Kesselring possesses a strong first pass and the ability to transport the puck up the ice.

While his stats don’t pop off the page, the argument could be made that Kesselring wasn’t used in the best role at Northeastern. The Huskies’ defense was loaded this past season, with Montreal Canadiens’ prospect Jordan Harris leading the way. Even in a second-pairing role, Kesselring still impacted the scoresheet.

Personally, in the times I was lucky enough to be in the building covering games this season, Kesselring always seemed to standout with his ability to move the puck. He also uses his size to his advantage, especially against the smaller, fast attackers seen on teams like Boston College and Providence.

Kesselring has exceptional potential for a sixth-round draft choice. He will need development time, however, and the three-year entry-level deal provides that. In addition, Kesselring will report to Bakersfield and play the rest of the 2020-21 season on an AHL deal with the Condors.

As the only prospect of note for the Condors on the right side of their defense, Kesselring is in a good spot to develop, learn professional hockey and eventually move to the NHL. For all of the (rightful) bashing of Peter Chiarelli, another late round pick from his tenure is well-positioned to make a push for NHL employment in the coming seasons.