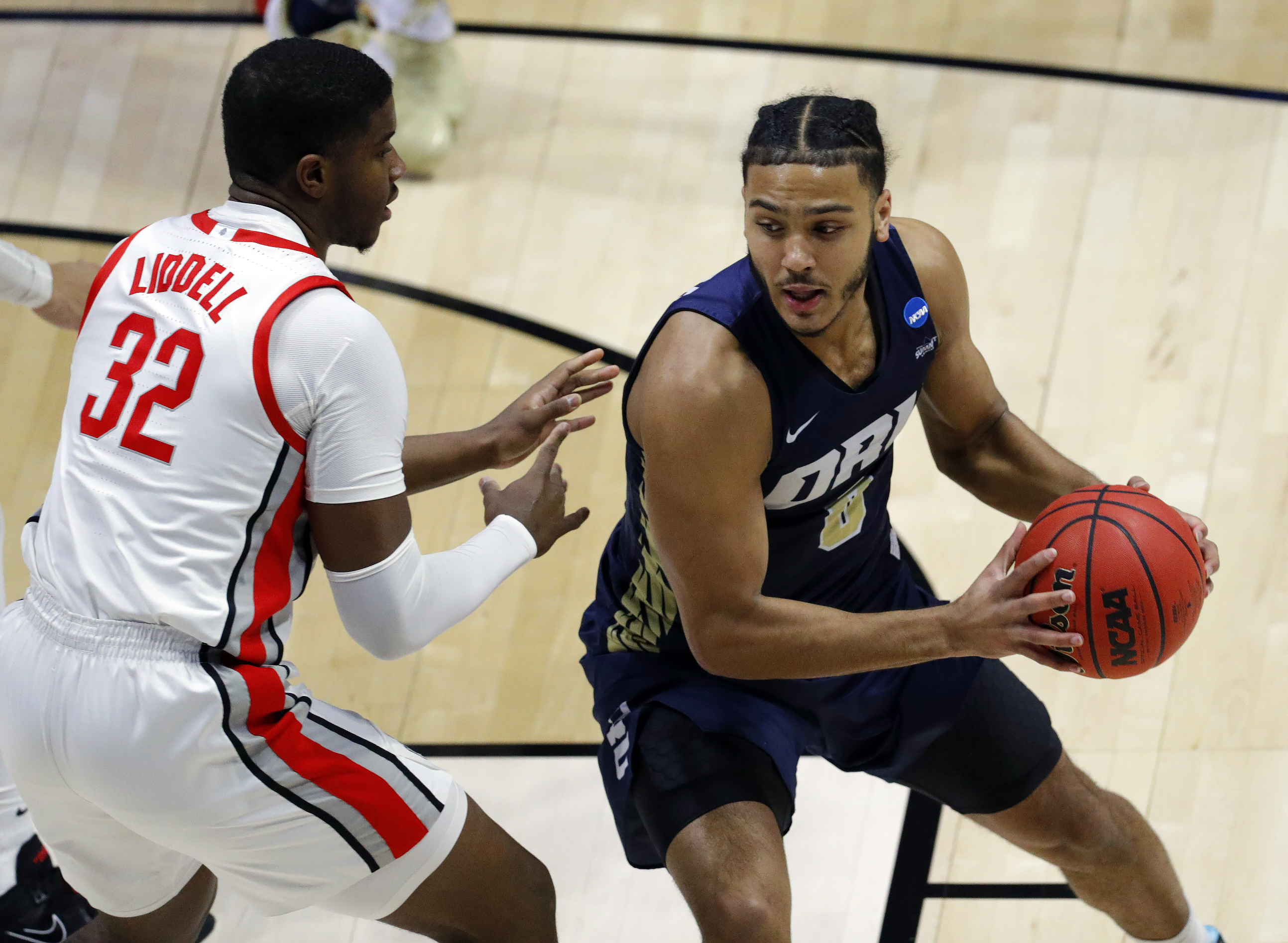 The second round began of the 2021 National Collegiate Athletic Association Men’s Basketball Championship began on Sunday, with 15th-ranked Oral Roberts University continuing to make headlines. After knocking out second-ranked Ohio State 75-72 in the first round on Thursday, the Golden Eagles knocked out the seventh-ranked University of Florida Gators 81-78.

In the process, Oral Roberts only becomes the second 15th-ranked team to reach the sweet 16 in the history of the NCAA Men’s Basketball Championship. The first was the Florida Gulf Coast Eagles in 2013.

The Golden Eagles have won their March Madness games in similar ways, with two players carrying the offense. In the three-point win over the Buckeyes, forward Kevin Obanor scored 30 points, and guard Max Abmas scored 29 points. Then in the three-point win over the Gators, Obanor had 28 points and Abmas had 26 points. In both games, no other Golden Eagles player reached double digits in scoring.

There were three other notable upsets in the second round on Sunday. We also saw the first number one seed to fall as the eighth-seed Loyola-Chicago Ramblers knocked out the first-seed University of Illinois Fighting Illini 71-58 in the Midwest Regional. The game was attended by Sister Jean, a 101-year-old nun who has incorporated scouting reports into her prayers in the past.

Meanwhile, in the battle of the O’s, the 12th-ranked Oregon State University Beavers defeated the fourth-ranked Oklahoma State University Cowboys 80-70. Ethan Thompson led the Beavers with 26 points. The Beavers dominated the first half by outscoring the Cowboys 44-30. The second round will conclude on Monday.