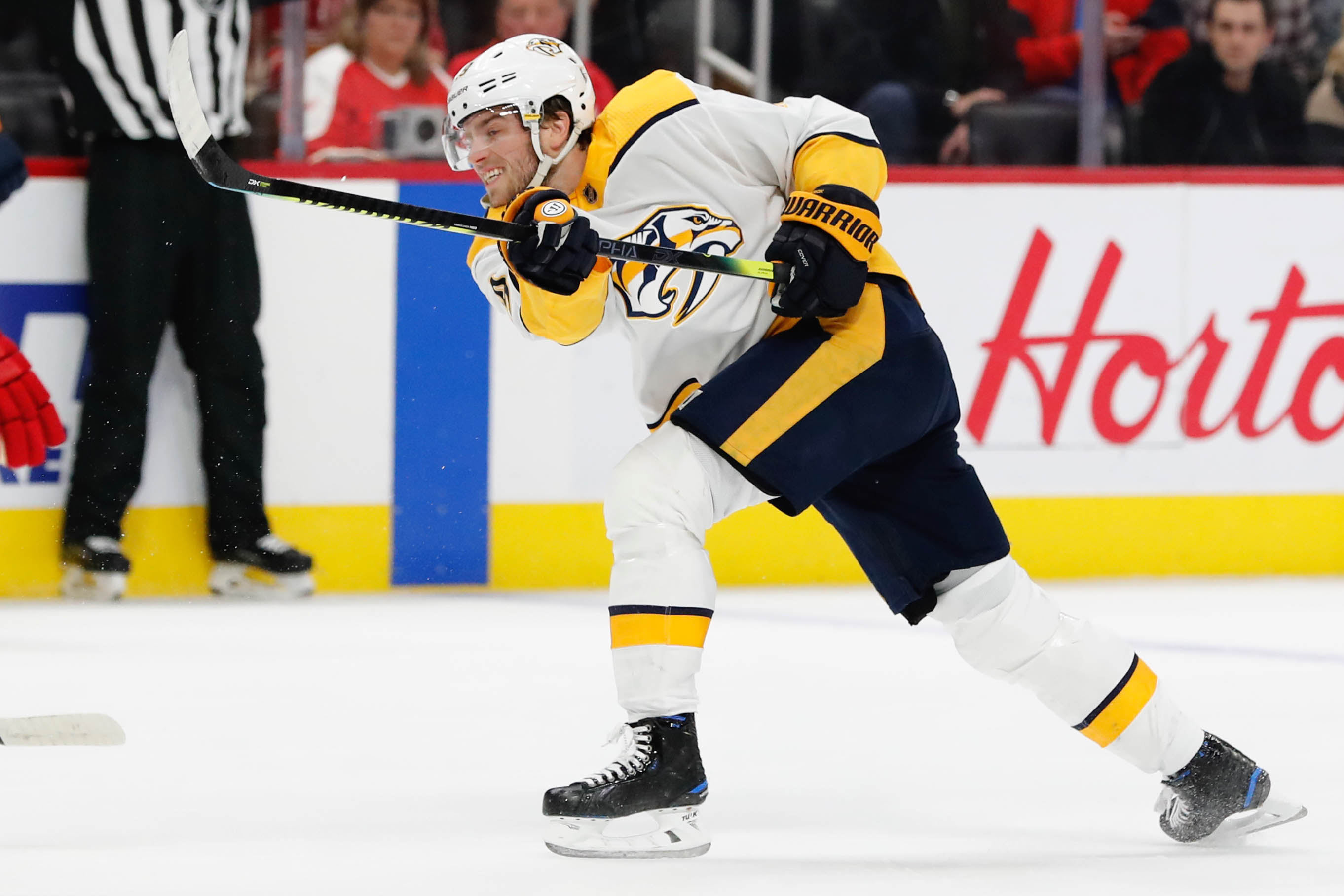 Nashville Predators center Calle Jarnkrok has been named the National Hockey League first star of the week. For the week from March 15-21, Jarnkrok had three goals and three assists for six points in four games.

Interestingly, the six points only came in two of the Predators’ four games. He had one goal and three assists for four points in a 4-1 Predators win over the Tampa Bay Lightning on March 15, and then scored both of Nashville’s goals three nights later on March 18 in a 2-1 win over the Florida Panthers.

In the four games, Jarnkrok was also a +5 with one power-play point, one shorthanded point, one game-winning goal, 10 shots on goal, one hit, two blocked shots, and three faceoff wins. The shorthanded goal came in the 4-1 win over the Lightning. At 11:46 of the second period, Jarnkrok put the Predators up 3-0 on a goal from defenseman Mattias Ekholm of Borlange, Sweden, and goaltender Pekka Rinne of Kempele, Finland. For Rinne, it was his first assist of the season and the 14th assist of his NHL career.

Jarnkrok’s game-winning goal came in the 2-1 Nashville win over Florida. It was at 1:17 of the third period from Mikael Granlund of Oulu, Finland, and broke a 1-1 deadlock.

The Predators are currently at 14 wins, 17 regulation losses, and one loss in extra time for 29 points. They are four points back of the Chicago Blackhawks for a playoff spot in the Central Division.