The Ringer dishes some troubling rumors about Thompson, team chemistry 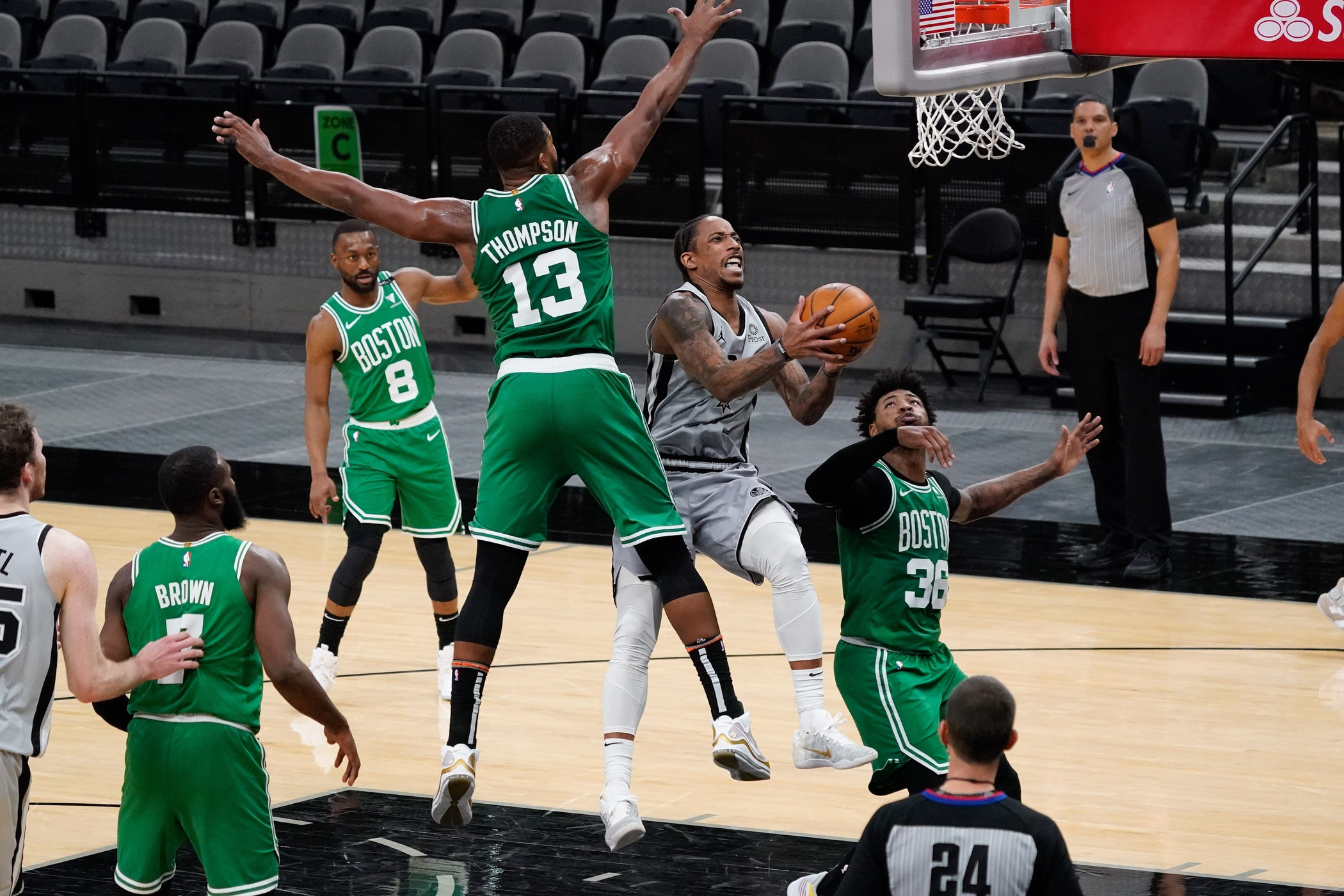 The Ringer dishes some troubling rumors about Thompson, team chemistry

New Mismatch with @ChrisVernonShow on all the latest trade reports around the NBA, what I'm hearing, Aaron Gordon's untapped potential, Celtics chemistry, the Kyle Lowry situation, and much more. https://t.co/BuC3ppzukF

CV: Watching that game (vs Memphis) and talking to people, it’s off there. I needed to be in the arena to see it for myself. They don’t have that (camaraderie), like it doesn’t fit altogether.

One person opined to me that the Smart thing is a problem. That he knows… when you have a guy who has been that important to the organization, who matters that much to the team… he knows he’s being traded, or he thinks he’s being traded. That’s tough… you just can’t be totally engaged.

The other is the level of “outness” on Tristan Thompson is unbelievable. They got to get rid of him. That has been a disaster. You know he’s in the safety protocols again? Nothing gets reported on this, but, from what I was told, he won’t stop going out.

KOC: The Celtics locker room at home is split into two (to accommodate COVID protocols on distancing). You have the veterans in one and the younger players in the makeshift locker room. There’s a literal divide, a distance divide… that has kinda created a lack of chemistry. And yes, I have also heard Thompson is not loved in that locker room for numerous reasons.

Yikes. Chris Vernon and Kevin O’Connor do not paint a pretty picture of the Celtics team chemistry.

Thompson has to go. He’s not worth the trouble.

It feels like Vernon is overreacting to the Smart situation. It’s not like he’s the first guy to deal with a few days of trade rumors. Now, if the Celtics have spoken to Smart and confirmed some of the conversations, that’s on a different level.

PS: The Celtics talk begins around the 15-minute mark of the podcast and that’s my rough transcription.

Earlier this morning, we shared news of the purported framework of a deal for Aaron Gordon and/or Evan Fornier. The Athletic adds:

Just a little more on the Aaron Gordon trade front here. An NBA executive, watching from afar when it comes to the Gordon sweepstakes, says he’s not the only name the Celtics are chasing. If he was, the deal would be done. Executing deals with Boston can be tricky. Offers are often made out of Beantown for players not currently on the Celtics’ roster (meaning a third team has to get involved), which can frustrate colleagues looking to make a big deal.

Trade rumors are always brewing in Boston, but I have a feeling it’s going to boil over this year.