Your Morning Dump... Where Tatum's dizziness has me freaking out 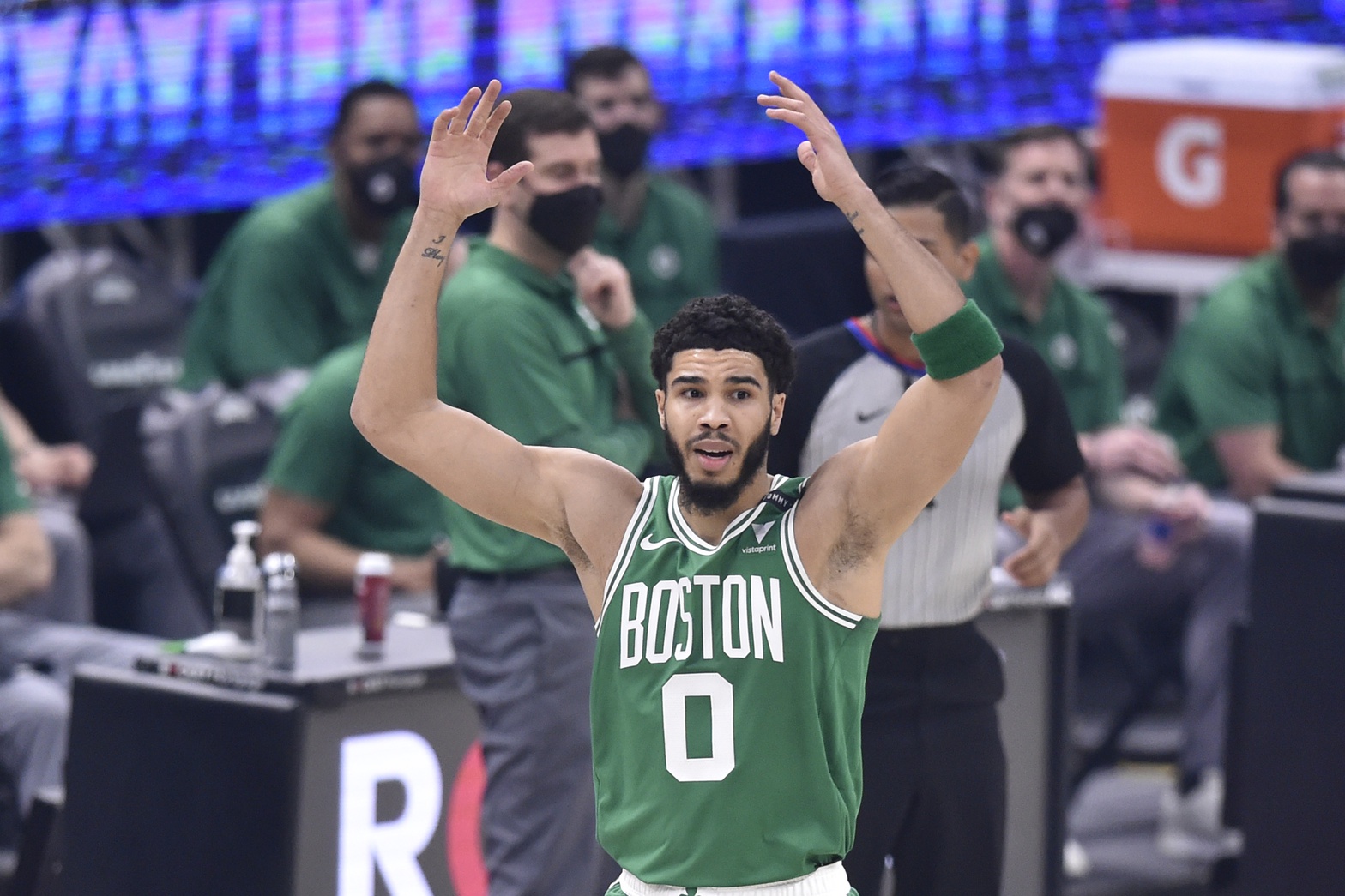 Your Morning Dump... Where Tatum's dizziness has me freaking out

Brad Stevens says Jayson Tatum felt dizziness before the game, and that's one of the symptoms that prevented him from playing tonight.

Well this is just wonderful.

With Langford and Tristan Thompson daily adding to the Celtics’ league-leading total of days lost to COVID-19, Tatum had to be held out of last night’s game because he was experiencing dizziness.

I’ve already detailed the ways in which Tatum’s recovery from COVID has probably altered his game. During the media availability after last week’s loss to the Jazz, he said, “I don’t feel the same that I did before I had it”

As this season sinks in a morass of player health issues, fans have begun calling for Ainge’s head, Stevens’ head, and just about anyone else they can think of. Once considered the heart and soul of the team, fans are tossing Smart into various trade scenarios purely for salary matching purposes.

Criticism of Ainge and gloominess about the C’s in general tends to involves phrases like ‘One championship in 35 years’.

The C’s have been, over the past 35 years, cursed with bad luck.

Red Auerbach was, right up until the early 90s, an incredibly good judge of incoming basketball talent. Between 1986 and 1991, he drafted Len Bias, Reggie Lewis, Brian Shaw, Dino Radja, Dee Brown and Rick Fox. I mean, you look at Lenny’s college career, what we saw of Reggie’s early years, and the full careers of the rest of those guys, and Auerbach was perfectly capable of keeping the C’s successful well into the 90s–provided everyone stayed healthy.

The problem, of course, was that Reggie and Lenny died, leaving Shaw and Fox to be key parts of the Lakers’ 2000-2002 championship run.

And then, during the brief stint in which neither Auerbach nor one of his students was in charge of things, a disproportionate amount of damage was done by Rick Pitino (who was flat out robbed by the Raptors, who extracted Billups and Dee Brown from Pitino in exchange for a guy who wasn’t going to play for them) and Chris Wallace, who traded Joe Johnson for the basketball equivalent of packing peanuts.

The C’s won a title in 2008—and started the 2009 season like a house on fire, before knee issues ended Garnett’s season. In the 2010 Finals, Kendrick Perkins blew up his knee and that effectively ended his career as a contributor on the court. In 2012, Jeff Green was diagnosed with a potentially life threatening heart defect, and a team that desperately needed bench scoring suddenly had none.

And in consecutive years, the C’s were impacted by:

And I haven’t even mentioned Kevin McHale’s broken foot, or Larry Bird’s back and ankles.

Now, after all this time, I’m looking at Tatum, who’s been out of the ‘health and safety protocols’ for almost two full months, and is still being affected by COVID, and man, I just can’t even…

I mean, look at this season…

Romeo Langford is still out. The C’s best five players doubled the amount of time they spent on court together over the weekend. Now it’s fourteen minutes instead of just seven.

I don’t even know what you can expect Ainge or Stevens to do about that.