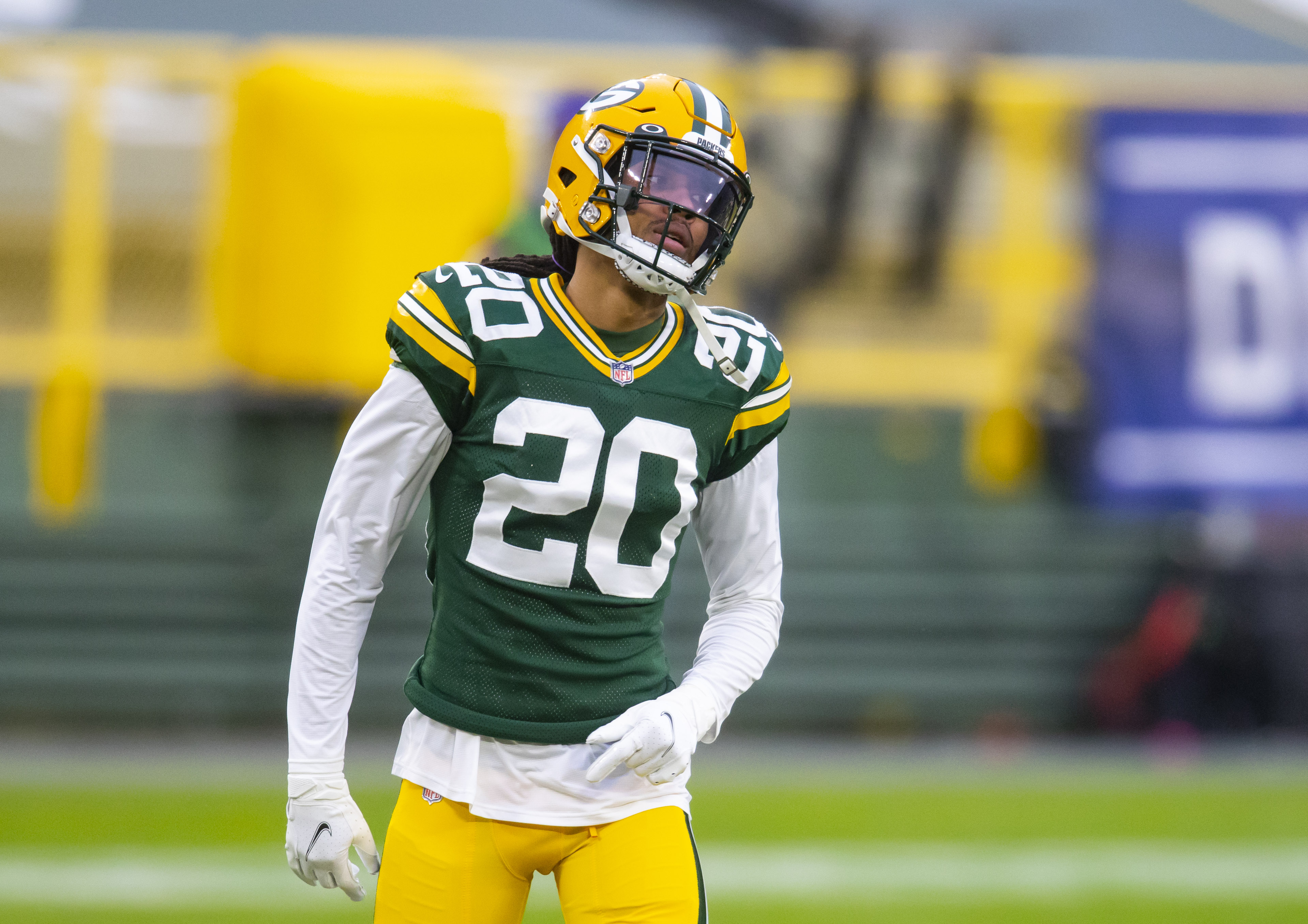 The Green Bay Packers announced that they were re-signing free agent cornerback Kevin King to a one-year deal that could be worth as much as $6 million on Tuesday.

King has started 36 regular season games for the Packers since they selected him in the second round of the 2017 NFL Draft. He led the Packers in interceptions in 2019 with five.

This signing gives the Packers continuity in their secondary as all four starters from 2020 will be back in 2021.

Here are four things we learned from the Packers decision to re-sign Kevin King:

The Packers approach to this offseason can so far be summed up this way: re-sign your own players whenever possible.

Since the start of the 2020 season, GM Brian Gutekunst has made done everything he can to keep this talented football team together. First, he re-signed defensive lineman Kenny Clark to a long-term extension. Then, later in the season, the Pack inked their All Pro left tackle, David Bakhtiari to a lucrative new deal.

This offseason, the Packers signed Pro Bowl running back Aaron Jones to a team friendly new deal and now they have re-signed King.

Gutekunst clearly likes the overall talent level on this team after back-to-back 13-3-0 seasons and consecutive appearances in the NFC Championship Game. He believes that this team as it is presently constructed has enough talent to win a Super Bowl with a solid draft and the addition of a few low-cost additions in free agency.

Gutekunst has done all he could to keep this team intact. Thus far, center Corey Linsley is the only major starter the Packers were unable to bring back. Gutekunst was able to accomplish this despite the Packers having precious little room under the salary cap.

King has had his ups and downs since the Packers drafted him in 2017. He has played very well at times, especially in 2019 when he had a career-high five interceptions. But he has also had some costly lapses in his play, most noticeably the 39-yard touchdown catch by Scott Miller right before halftime of the 2020 NFC Championship Game against Tampa Bay.

That makes this one-year contract a prove-it deal for King. If he has a solid season, the Packers will have the opportunity to extend King on a long-term deal that could keep him in Green Bay through his prime. Alternatively, King could opt to try his hand at free agency next offseason with the hope that the rising cap will make more money available to him.

If he fails to live up to expectations, this will almost certainly be his final season in Green Bay. King has every incentive to shine this season to prove he is worthy of a big contract in 2022 and beyond.

King has had trouble staying healthy throughout his NFL career. In four NFL seasons, the former University of Washington star has never played a full 16 games in a single campaign. He has missed time due to concussions, a shoulder injury, a groin injury and a hamstring, among others.

It is important for King to stay healthy long enough to live up to his potential. King has great size and long arms which help him play well especially in zone defenses. The Packers new defense under Joe Barry is expected to feature a lot of zone coverages with Jaire Alexander expected to play more man while covering the opposition’s top receiver.

In 2019, the year King played 15 games, he put up his best numbers and played well. Opposing quarterbacks completed 58.8 percent of their passes that year when throwing to receivers covered by King according to pro-football-reference.com. Their quarterback rating that season was 84.6.

King also picked off a career-high five passes that season and broke up 15 passes while making a 66 total tackles. He also recorded one sack.

If King can stay healthy and play at his 2019 form or better, the Packers secondary has the potential to be among the best in the league with a Pro Bowl corner in Alexander, two talented safeties in Adrian Amos and Darnell Savage and King. Depth will be added to the group before the start of the season.

Even after re-signing King, expect the Packers to select a cornerback in the first two days of the upcoming draft. Since King is on a one-year deal, he is expected to be a stopgap starter at this point, playing there until the new high draft pick is ready to claim the starting job.

Green Bay needs more depth at both cornerback and safety. The return of King for 2021 makes it unlikely the Pack will sign a free agent cornerback, but drafting one remains likely. That will help the Packers address the position long-term.

The decision to bring back King may not be popular at first glance but does make some sense in the short run. It gives the Packers a hungry and talented player eager to prove he deserves a big contract in the future either with Green Bay or elsewhere. It also gives the Packers continuity on defense and the chance to groom a new player at the position as he learns behind King for at least one year.