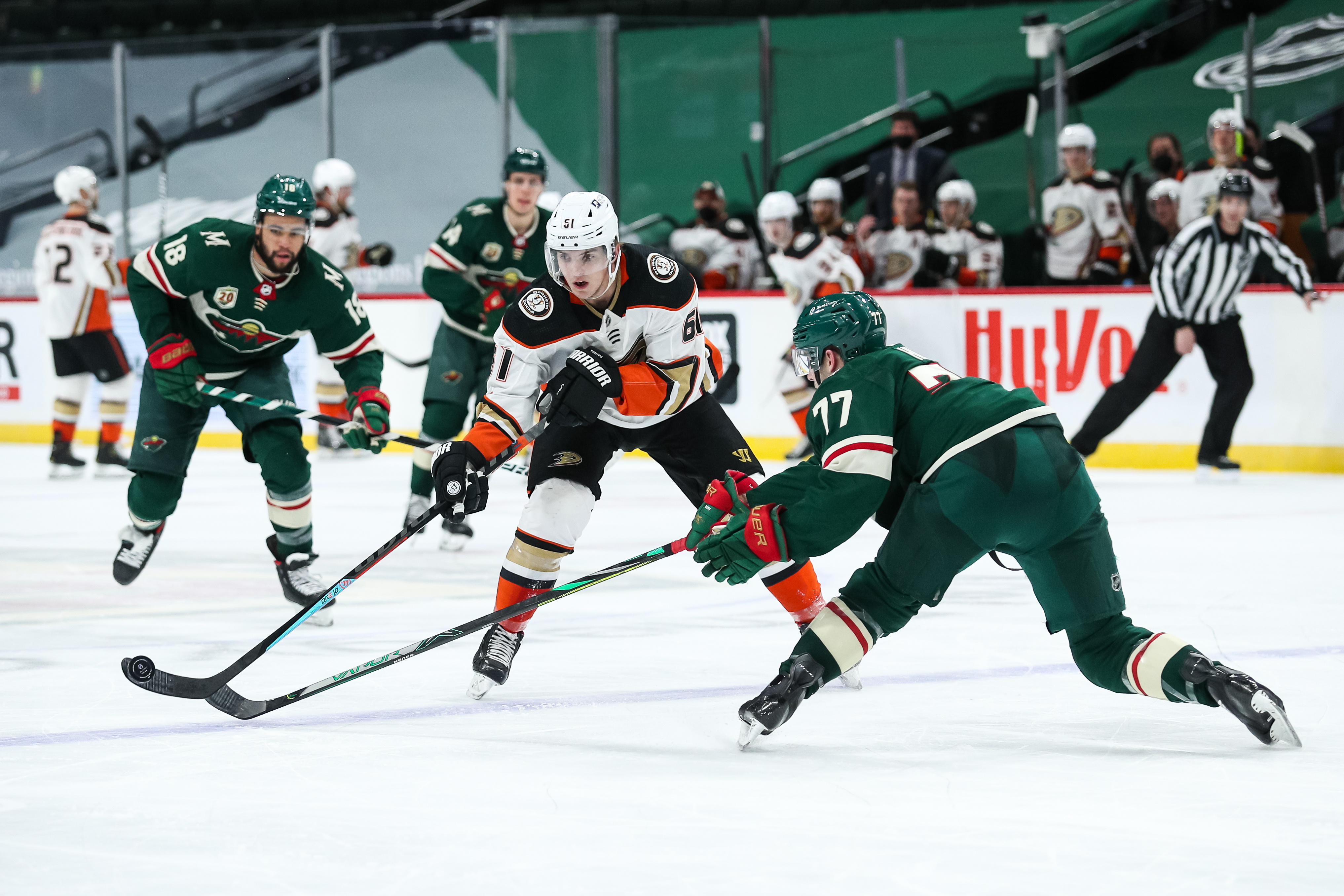 As the old saying goes, if a tree falls in the forest does it make a sound. The idea is that if no one is there to witness an event, does it really happen. Let’s face it, human beings are a bit skeptical more days than not. We need to see and experience things to believe they actually happened. We’ve all seen a fallen tree, but if we weren’t there to see the tree fall, we have no idea how it fell or if it made a sound. We know if we were there to see the tree fall, we would hear the cracking wood or the sound of a chainsaw and then the subsequent thud sound as it hit the ground.

Today’s game pretty much asks the same question as the old saying does. Also, notice that I said “today” and not “tonight”. For some ridiculous reason, the NHL and NBCSN decided to do a triple header. Because of that, the Wild’s game is starting at 4:30pm in the afternoon. Most fans will still be at work, or at the very least, on the way home and possibly stuck in rush hour traffic. If you think that’s bad, at least we’re in Central Time. Rarely do I feel bad for California teams, because when we play there, our sleep is greatly disrupted. For Ducks fans on the West Coast, this game is starting at flipping 2:30pm. For the average person, they’re in that post-lunch time of day, where you begin to stare at the clock that seemingly refuses to budge. So yes, if a game happens and no one is there to watch it, did it really happen?

However, there is a possibility that this game will not even happen. Yesterday, the Ducks announced that four players have entered Covid-19 protocol, three of which played in Monday’s game. The four that are out are Danton Heinen, Ben Hutton, Jacob Larsson, and goaltender Anthony Stolarz. Anaheim cancelled yesterday’s practice, and I would imagine there was some epic cleaning performed by the staff of the Wild and Xcel Energy Center. For Minnesota right now, the only player assigned to Covid-19 protocol is taxi squad goaltender Andrew Hammond. I would imagine that the medical crew for both teams have been extremely busy the past 24 hours, testing and re-testing players. I would imagine that few players on the Minnesota side of things will test positive out of this recent exposure, simply because so many were put on protocol last month, when the Wild were sidelined for almost two weeks. Per my own doctor, those who did test positive and got sick, should have some protection against future infection. Now that’s not to say that no one has ever gotten Covid twice, but it’s less likely. However, if more Anaheim players test positive or start showing signs of illness, I wouldn’t be shocked if this game gets postponed. So with Hammond being assigned to the Covid-19 list, Dereck Baribeau has been called up from Iowa and assigned to the taxi squad.

If you needed some good news, here you go. There is a distinct possibility that we will see the return of Matt Dumba, but it will be for tomorrow’s game against St. Louis. While that doesn’t help for today’s game, it’s certainly a bright spot on the horizon. These games without his presence have definitely been felt. The last thing this team needs right now is an increase in ice time for Ryan Suter. Prior to Dumba’s injury, I felt like the three defensive pairings were more equally used. But while Dumba has been sidelined, it felt like Suter never left the ice. I’m sure the Suter fans out there will say something stupid like “yeah, but he scored the goal that got the Wild back in the game on Monday.” Sure, but even a broken clock shows the correct time twice a day. My blood pressure doesn’t need more Ryan Suter.

There was a lot about Monday night that I’d like to forget. The first period for example. When we went into the locker room for the first intermission, with a sad total of five shots on goal, it felt a lot like the recent trip to Denver. Mind you, that was a pair of games against a high flying offense. The Ducks, not so much. When Anaheim scored first, I’m like “here we go again.” Minnesota looked tired and sluggish, and allowing the first goal didn’t bode well for the team. But I suppose the fact that the Wild did go to the locker room for the first intermission in a scoreless game should have been considered a win. Because trust me, they didn’t deserve to be in a scoreless game at that point. Honestly, I kind of want to put Monday’s game out of mind. Yes, they won the game, but they could have so easily lost that game as well. And that my friends is the issue.

At least if this game goes poorly, very few of us will have seen it. Can we claim that it never happened since we didn’t see it?