Your Morning Dump... Where Aaron Gordon has the headlines, but the Celtics are still playing the field 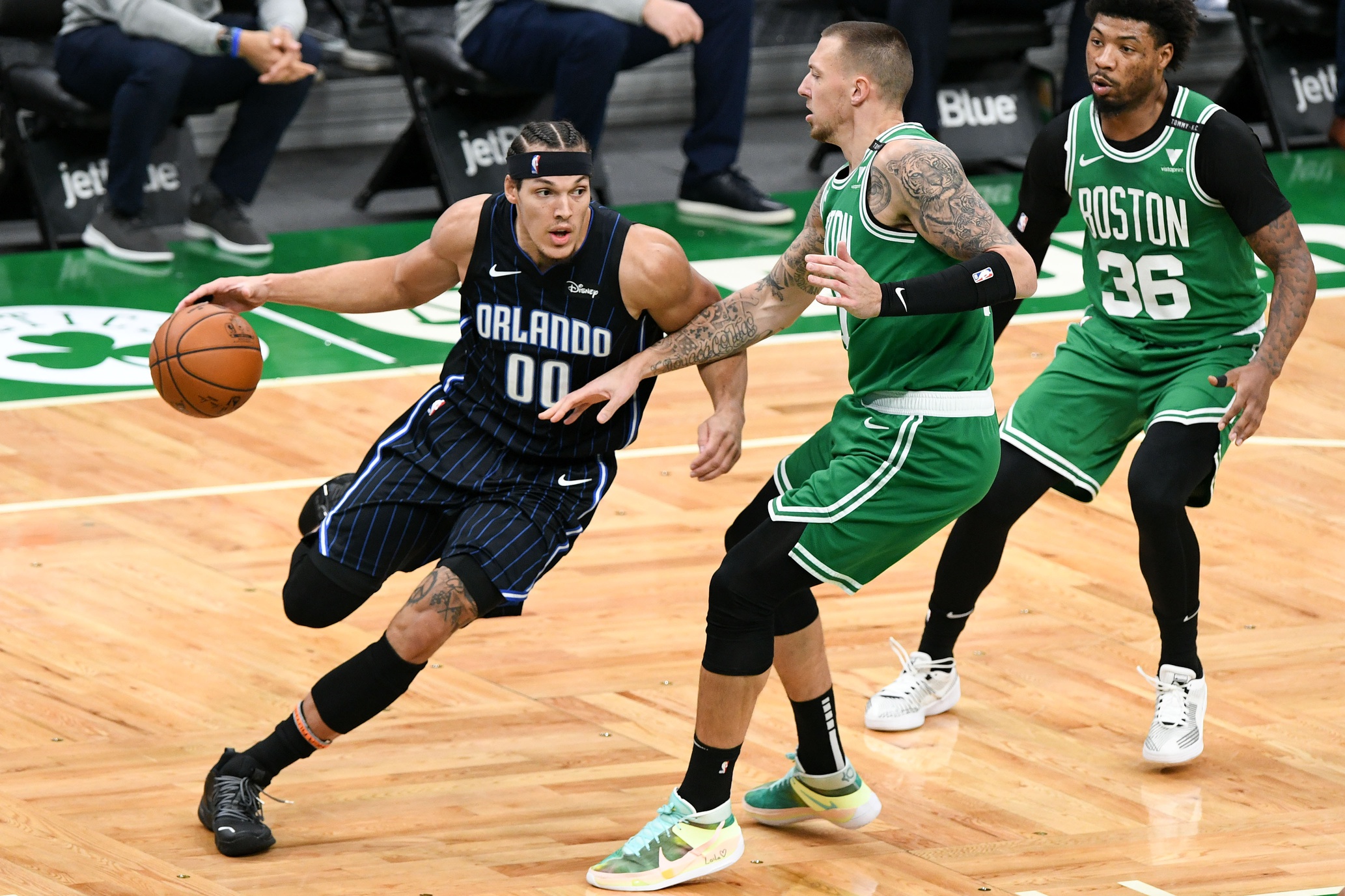 Your Morning Dump... Where Aaron Gordon has the headlines, but the Celtics are still playing the field

According to league sources, the Celtics continue to focus on adding a defensively versatile and 3-point-shooting power forward, and may look to pick up some shooting in a smaller deal if their primary targets prove to be overpriced or unattainable. They have been engaged with the Magic in trade conversations regarding forward Aaron Gordon, but as of Tuesday afternoon the sides were not close to a deal, sources said.

There have been reports that the Magic and Celtics were engaged in conversations involving Marcus Smart, but a league source indicated that, up to this point, Smart has not been a part of talks. In their discussions with various teams around the league, the Magic appear to be focused on draft capital. And Celtics president of basketball operations Danny Ainge has made it quite clear in the past how reluctant he would be to part with Smart, who is the heart and soul of this team.

After 36 hours of sizzling hot rumors, it’s not a surprise to see Adam Himmelsbach with a measured take (i.e. he talked to a Celtics team source) on the trade front. It’s also important to cool the jets on the Marcus Smart trade chatter if only to provide some calm for #36.

While it appears the Celtics have a legitimate interest in Gordon, SI’s Chris Mannix offers up some speculation about another target:

There’s some chatter that the Celtics pursuit of Gordon could be a way to pressure Sacramento to come to the table. Boston covets Harrison Barnes but there has not been any traction in talks between the two teams.

Mannix adds that Orlando is uninterested in Smart because he doesn’t fit the timing of the team’s rebuild (and probably won’t want to play for them anyway).

For those fans unwilling to accept Smart’s inclusion in any trade, I suggest reading John’s latest column which lays out three logical reasons the Celtics might do so.

For those out of touch older folks, the cap emoji stands for “capping” which is slang for lying.

On Page 2, the stats show Kemba still has that burst.

According to Second Spectrum, Walker’s blowby rate (26 percent) on drives this season ranks 14th of 99 qualified ball-handlers, but his volume and efficacy on such possessions has waned. In his three seasons before joining Boston, when he earned three straight All-Star nods, Walker ranked sixth among all players in total drives — ahead of even LeBron James and Giannis Antetokounmpo. This season, he ranks 78th.

Replicating that volume is more difficult with two star teammates who need to get critical touches. But Walker — the team’s third-leading scorer — has acknowledged the value of finding easy buckets for himself near and away from the basket to remain effective.

It’s reassuring to see that Kemba Walker is not washed, and can still be an elite scorer in this league.

This story in Five Thirty Eight reiterates the challenge in Kemba finding his rhythm while Jayson Tatum and Jaylen Brown blossom into studs. I will say that while keeping Walker healthy is imperative, sitting on the second night of B2B games doesn’t help with cohesion.

Boston.com: What move should the Celtics make before the deadline?