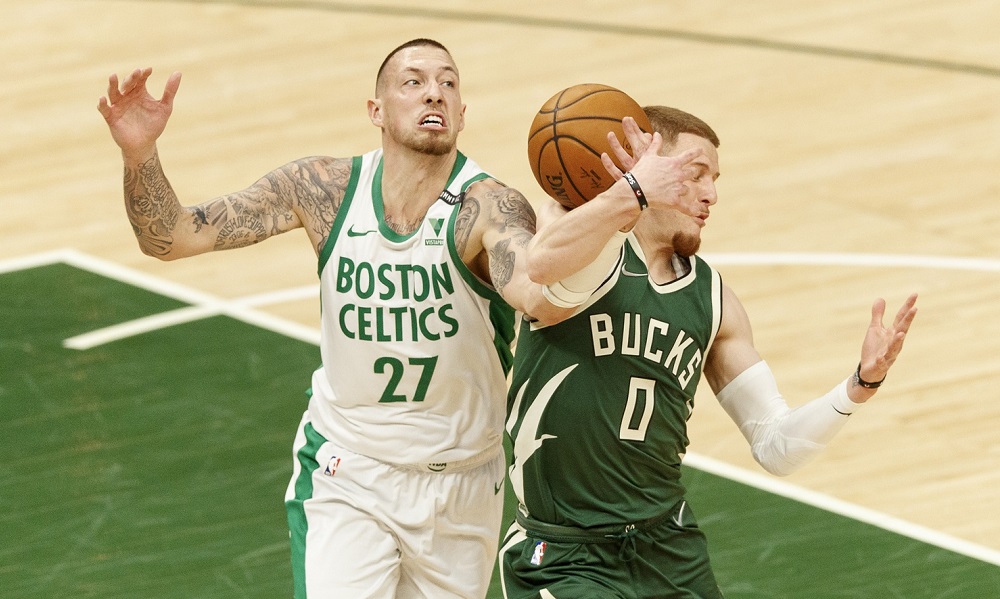 The Celtics won their season opener over the Bucks on a somewhat lucky, banked-in three by Jayson Tatum. Last night, they might have done it again, but Daniel Theis’ potential game-winner caromed off the back rim. As the saying goes, it’s better to be lucky than good.

But the Celtics haven’t had much luck since that opening night, nor have they made their own luck by playing the right way. Last night was another attempt to win without competing hard for the full 48 minutes.

This piece is being posted just hours before the trade deadline. How many of these details will still matter by 3 p.m. Eastern? The Celtics remain in Milwaukee, to play again tomorrow. Wonder who will be in uniform?

The Cs are now 11-19 in clutch games (score within 5 points in the last 5 minutes), still the league’s most losses in crunch-time. They had 24 assists, 19 made threes, and won the fourth quarter 33-21, so if you didn’t watch the game, you might expect that they won. But no, because they didn’t balance it out. Giving up 70 in the first half and falling behind by 25 in the third to a team as good as the Bucks is too difficult to overcome.

And yet, they almost did overcome. The Bucks forgot to guard Theis on the inbounds – he had as good a look as anyone could’ve wanted. It’s a make/miss league.

How many times has Theis even been in that position? Maybe never. He wouldn’t be the first choice to shoot if a few more seconds had remained. Why wasn’t Payton Pritchard (41.1% from the arc) or Jeff Teague (46.4%) inserted for Theis (34.7%)? The possession started after a timeout with 2 seconds left, so if Theis was in there for size…why? There wouldn’t have been time for a potential putback.

Jaylen Brown nailed a three with 1:32 to play, making the score 121-119. Neither team scored again, but in particular, the Cs missed their last four shots, and none of them were taken by The Jays.

The mantra about Marcus Smart has always been “He makes winning plays.” Unfortunately…

In fourth quarters this season Marcus Smart's now shooting 28.3 percent overall and 8.0 percent from three (2 for 25).

Yikes. Smart got unfairly ripped on Twitter for missing a wide-open three (turning it down would’ve been bad basketball) that would’ve put Boston ahead with a minute left. He also attacked the basket in the final seconds, but had his layup blocked by Brook Lopez.

This is not to blame Smart for the Celtics’ season-long struggles in the clutch, but we also have to realize they are connected. The conventional wisdom after Smart’s calf injury was that he’d return and put the team back on course, but they’re 2-6 since he was activated.

The embattled point guard played well, scoring 23 on 9 of 18 shooting, including 5 of 9 threes. That was overshadowed, however, by his frustration over not getting to the free throw line. He was 0 for 0. And in his last four games, he’s attempted 63 field goals and is 3 for 3 from the line. Jeez.