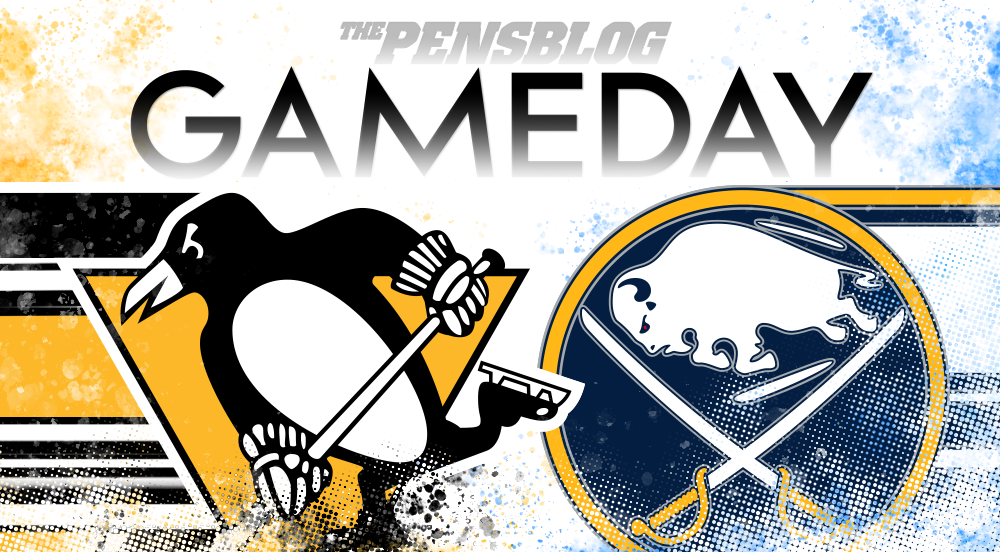 For the second time in as many nights, the Penguins play host to the dreadful, wretched, and flat out terrible Buffalo Sabres.

After last night’s 5-2 drubbing, the Sabres extended their losing streak to 15 straight, but technically it’s only 7 straight because they have a couple OT/SO losses in there somewhere?

there is no sport that attempts to absolve their coaches/gms of all blame more than hockey, and its not even close lmao. https://t.co/14F3xZ7rKh

Probably the only reason Kevyn Adams still has a job.

They also have more regulation losses than the Penguins have wins.  That seems bad.

Sabres fans were quick to defend Dahlin here, who is still searching for his jock.  Maybe Elon Musk can lend one of his dumb rockets to help.

Not all is well in Penguins Land, though, as Kasperi Kapanen and his 6.6 Goals Above Replacement (via Evolving Hockey) left the game after taking a puck to the ankle on the powerplay to open the 2nd period (he’d barely miss a shift from that) then looked labored on maybe a slash to that same region while cutting into the neutral zone (he wouldn’t return from that).

Might have to call up Eugene Melnyk to get to the bottom of it.

On the bright side, Sidney Crosby continues to drag this AHL corpse of a team to the promised land through all of the injuries and catastrophes.  He’s got 27 shots on goal in all situations in his last 5 games, including 7 last night and an 8 SOG effort in Jersey over the weekend.  Don’t look now (because I’m about to tell you and I am very trustworthy), but all of a sudden he’s got points in 10 of the 12 games he’s played in the month of March (6G-10A-16P) and is up to 13G-21A in 32 games this season.

To me, that’s preposterous. Greg Jennings, things of that nature.

You will be surprised to learn, coinciding with this, that Jake Guentzel is also turning the screw and ripping it up.  He’s got points in 11 of the 13, including 6 goals and 8 assists, while currently riding a 4 game point streak.  Bryan Rust is also there with a 4 game point streak (2G-2A).

More on Optimism Blog is that Jared McCann has been a welcomed addition back into the lineup filling in at 2C for Malkin.  In the 3 games since he returned from injury, the Penguins are outscoring their opponents 2-0, controlling 51.02% of the unblocked shot attempts, 57.73% of the expected goals, and 60% of the scoring chances (15-10) at 5-on-5 (via Natural Stat Trick). 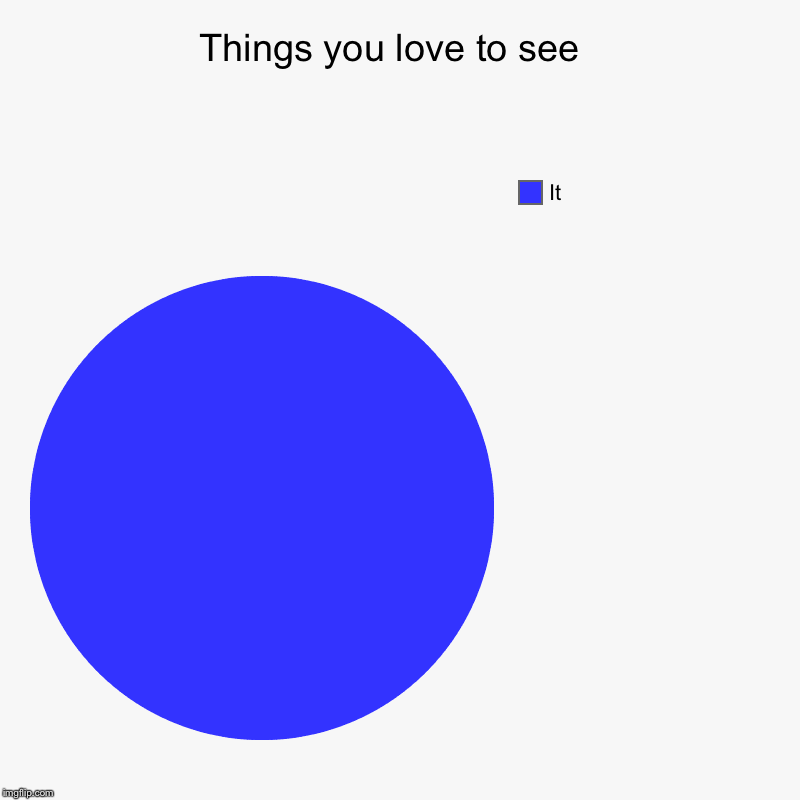 If Kapanen can’t go, you’d have to expect Rodrigues to bump up to play with McCann and ZAR and Radim Zohorna to make his Penguins debut.  Brandon Tanev is eligible to return from IR as well

Worth reiterating that the Sabres are bad.  They played last night with 11F/7D and managed to control absolutely none of their netfront. 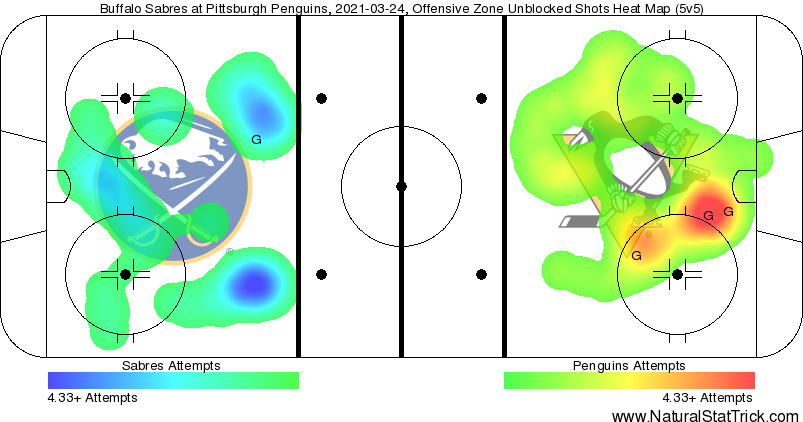 Dustin Tokarski, who sounds like a guy that loved to smoke Newport 100s outside of a Uni-Mart in college, faced 42 shots last night, giving up 5 goals in all situations.  A whopping 14 of them came from high danger areas and 4 of the 5 goals came from there (also via Natural Stat Trick).  The Sabres, though, do not have any healthy NHL goaltenders and with Tokarski cosplaying as one, we may see him again tonight.  Could be ripe for the picking.

If not, some guy named Michael Houser backed him up last night.  Houser is 28 year old from Youngstown, OH with 0 NHL games under his belt and hasn’t been a regular in the AHL since the 2014-15 season.  The bulk of his time has been spent in the ECHL.  Might not be the guy you want between the sticks against a Penguins team that rested most of its top 6 in the latter stages of last night’s affair, but also could be a true Joker moment for the Swords.

The 2nd place Caps have two games in hand, but the Pens can draw level on points with a win tonight.

Make it a bloodbath. 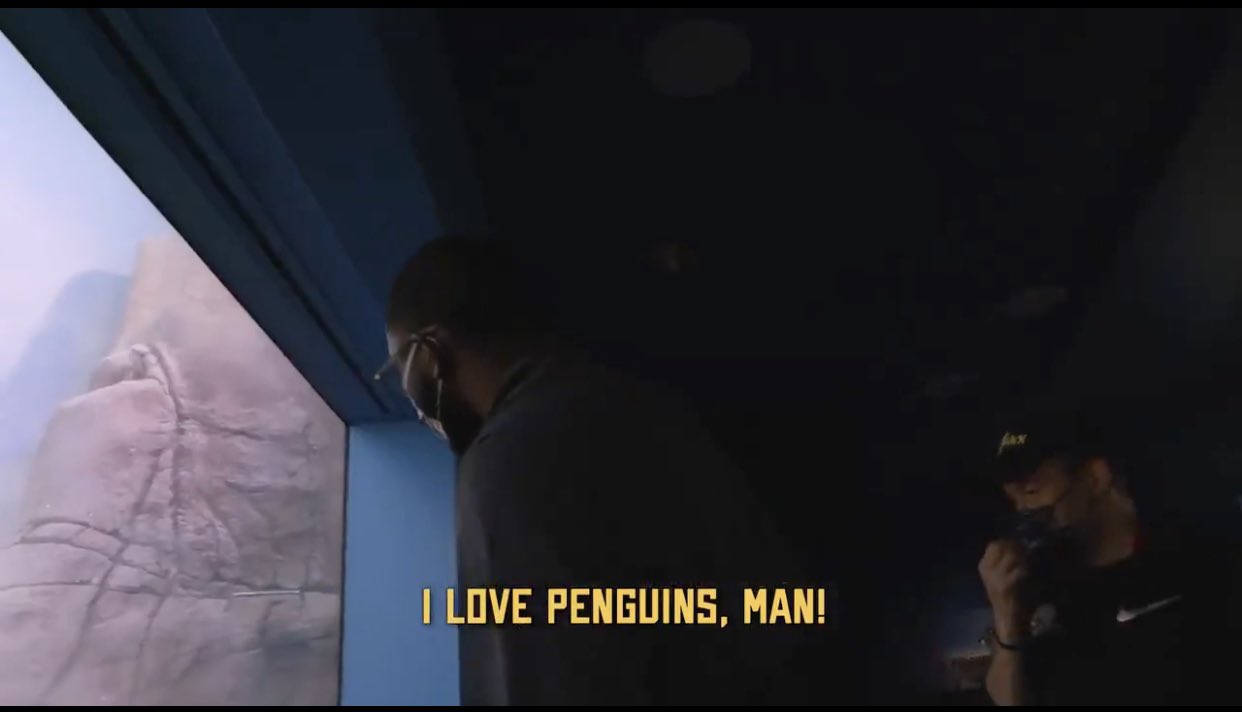