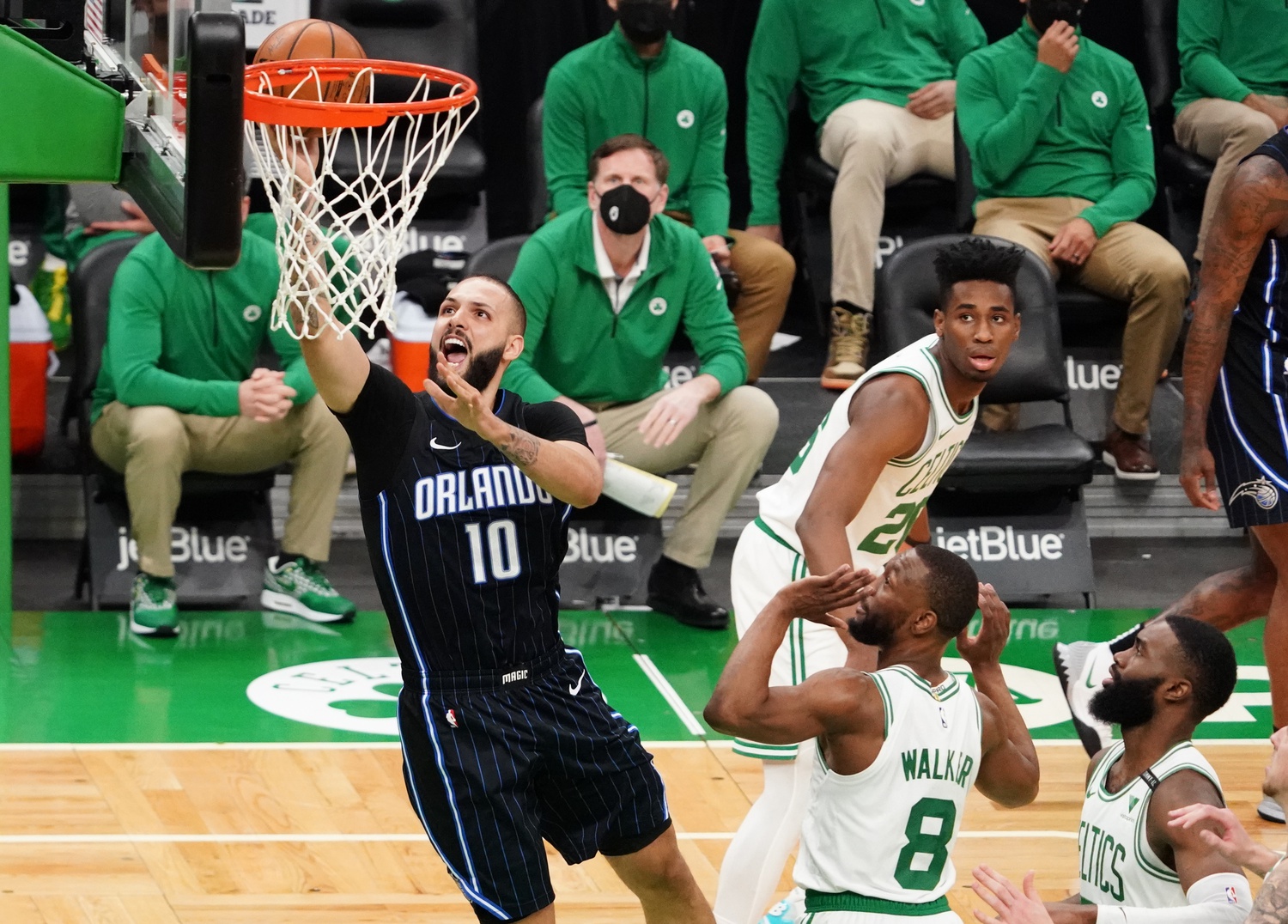 The Boston Celtics finalized a deal with the Orlando Magic this morning to acquire Evan Fournier for two second-round picks, per reporting by ESPN’s Adrian Wojnarowski.

(UPDATE: Jeff Teague also went out in the trade. He’ll likely be waived by Orlando and pursue buyout-market opportunities.)

What’s that sound? It’s approximately 68,574 NBA beat writers, bloggers and fans heading to their Twitter accounts’ Drafts section and deleting their “look who Danny Ainge almost got!” jokes. Which brings me no small amount of schadenfreude-driven joy.

In all seriousness: Is this a blockbuster deal in itself? No. The 28-year-old Fournier is in the final year of a 5 year/$85 million deal after which he becomes an unrestricted free agent, and he’ll have suitors then offering more money than the Celtics can.

But by offering reliably accurate shooting at volume, Fournier could well be a massive shot in the arm for a Celtics offense that, all too often of late, lapses into listlessness or clumsiness.

The veteran swingman also boasts a 114 offensive rating per 100 possessions to boot. (Defense isn’t his strongest suit, but defense is not why the Cs wanted him.)

Boston fans, please do not Google this man.

So let us just tell you his stats from this season instead:

Trust us, don’t Google him. pic.twitter.com/QMzTTxHx4E

(What they mean is don’t Google “Fournier” on its own. Like ever. Only search for his full name or other things that include his full name. Trust. Me. On. This.)

Whether this is the end of the Celtics’ trading day or not remains to be seen. But by addressing an obvious need, this is certainly a good start for Ainge.