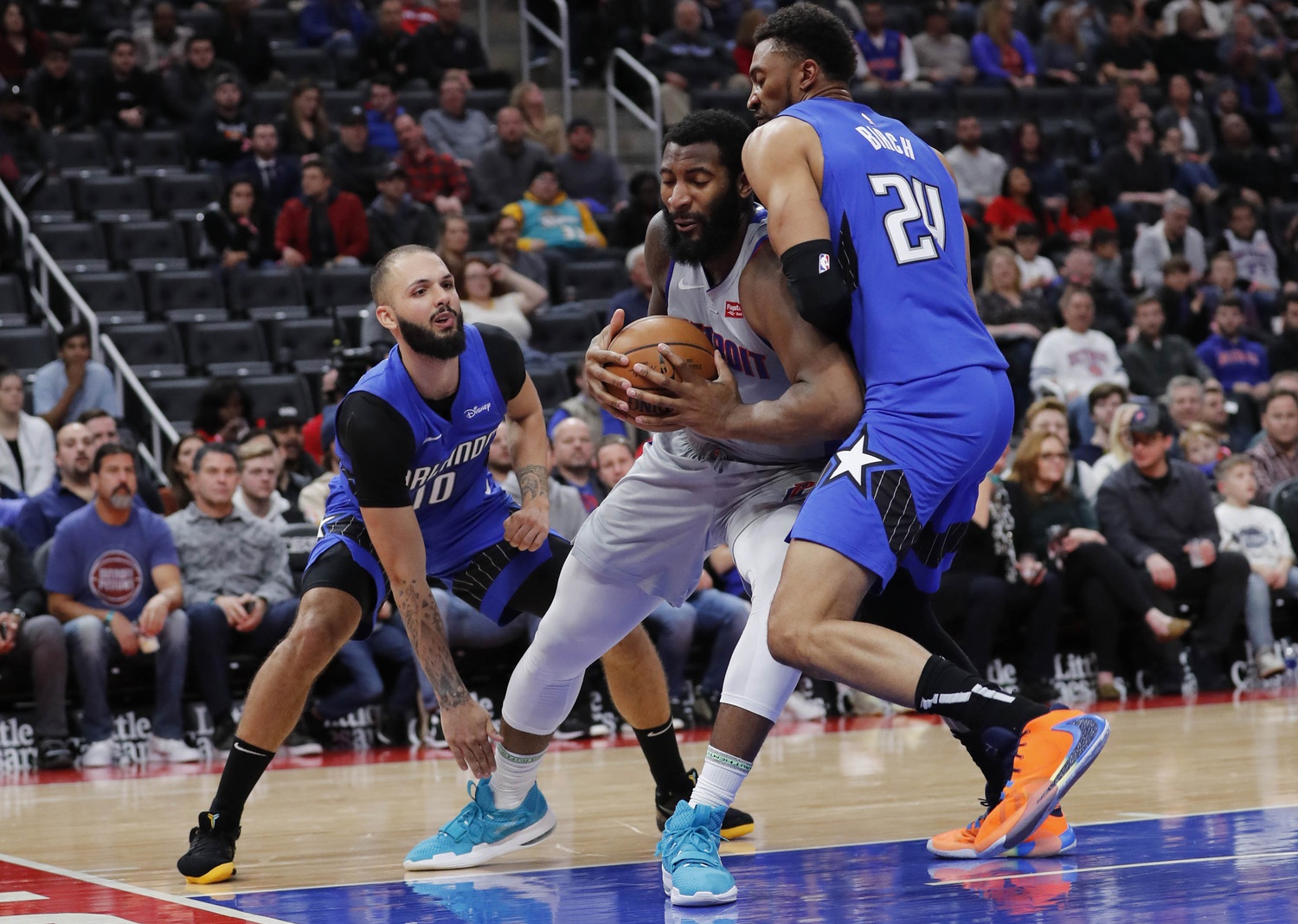 Danny Ainge met with the media this morning and offered his logic for acquiring Evan Fournier:

“I talk to [coach Brad Stevens] mostly every day. I talk to the players. I’m around the team, in the locker rooms, and I can just sense a feeling of discouragement and frustration, like would happen with any team that feels like it is playing below what it can play,” Ainge said Friday morning. “So it’s not any one incident or any one personality, but there’s a difference when things are going really well and when things aren’t.”

“I just hope that by adding another veteran player that’s a versatile shooter with size and versatility, that’s just going to give us a jolt.”

Meanwhile, the Globe’s Adam Himmelsbach reports the Celtics made a push for Nikola Vucevic:

According to league sources, in addition to their well-documented courtship of Aaron Gordon, the Celtics were a finalist for Magic All-Star center Nikola Vucevic, including multiple first-round picks as part of their package. Orlando ultimately sent Vucevic to the Bulls in exchange for Wendell Carter Jr., Otto Porter Jr. and two first-round picks.

OF COURSE, THEY DID! At this point, I have to believe that Ainge is in on the joke.

As far as Drummond:

New York has salary cap space, so it will be positioned to give Drummond a lucrative multi-year deal. The Celtics, meanwhile, would be restricted to offering the bi-annual exception, which is about $3.6 million. But Drummond could be intrigued by joining a talented roster that features two All-Stars in Jayson Tatum and Jaylen Brown and just added Fournier. There is also some new opportunity after Daniel Theis was sent to Chicago.

I’m giving the Celtics a one-percent chance to land Drummond. If he passes on the Knicks’ money, it will be for the Lakers or Clippers.

Unless he’s going to supplant Tristan Thompson, I don’t see the opportunity for Drummond. Theis’ flexibility at power forward allowed the Celtics to play double-bigs. You certainly can’t put Drummond and Williams/Thompson on the court together. Can you?