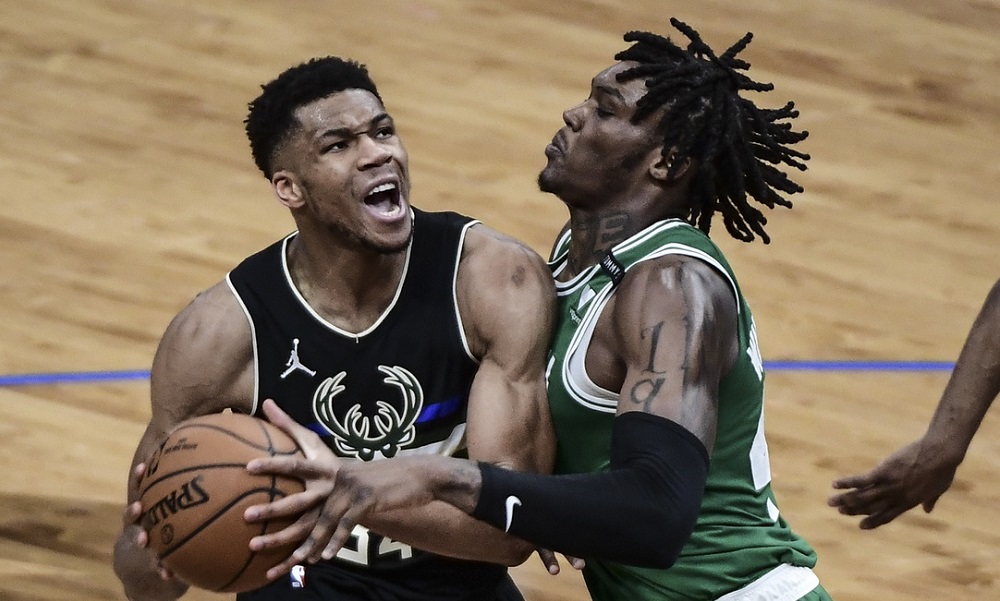 Playing their second straight game in Milwaukee, the Celtics came out winners this time, 122-114, in one of their best performances of the season. A bit shorthanded because of Thursday’s trades, Brad Stevens finally gave Rob Williams his first start, and the Timelord delivered: 7 points, 9 rebounds, 6 assists, 5 blocks, 2 steals, and relentless energy. He was everywhere.

Jayson Tatum was unstoppable, attacking the rim, making 13 of 18 shots for 34 points, and adding 7 assists. Marcus Smart (7 threes), Kemba Walker and Jaylen Brown combined for 62 points. The Celtics had 27 assists, made 22 of 47 threes, and broke the game open with a 43-point third quarter. Giannis Antetokounmpo was held in check, scoring just 16.

This was the Celtics’ first game since saying goodbye to Theis, Teague and Green, and acquiring three new players (Moe Wagner was the only one who played).

Starter Rob is good who could have predicted this?

The Celtics held Giannis scoreless in both first quarters of this miniseries: 0-for-7 from the field in 17+ minutes.https://t.co/emFbSL4HxQ

Tatum hanging out around (and on) the rim a lot tonight#Celtics Rewind presented by @tmobile pic.twitter.com/XYvADJCL36

Celtics are 14-of-28 from three, including 5-of-6 from deep in the third quarter.

Timelord with major minutes is an absolute game changer

Time Lord just saved his own loose ball like he teleported across the court. You can’t make this stuff up.

Rob doing a little bit of everything tonight 💪🏾 pic.twitter.com/L5WPNXpPBb

Rob throws down the lob with authority! pic.twitter.com/LU8ElmdQZu

Moe Wagner is spelled with an “e,” Celtics people. Welcome to Moe’s.

Ironically, Wagner made his first shot from the same spot as Theis missed his last shot.

With a game tomorrow against the #Knicks, Budenholzer basically pulled his starters early in the fourth. Giannis has not played in the 4Q. #Celtics #Bucks

#Bucks never seemed overly involved emotionally in this game. Weird night from them, especially when they had a chance to make this a game again entering the 4th.

Celtics move to 1-0 in the Moe Wagner era with one of their better performances in a while. They made 22 3PT, their second-highest total this season, to beat MIL. Tatum led the way with 34 pts. Williams with 7 pts, 9 rebs, 6 asts, 5 blocks, 2 stls