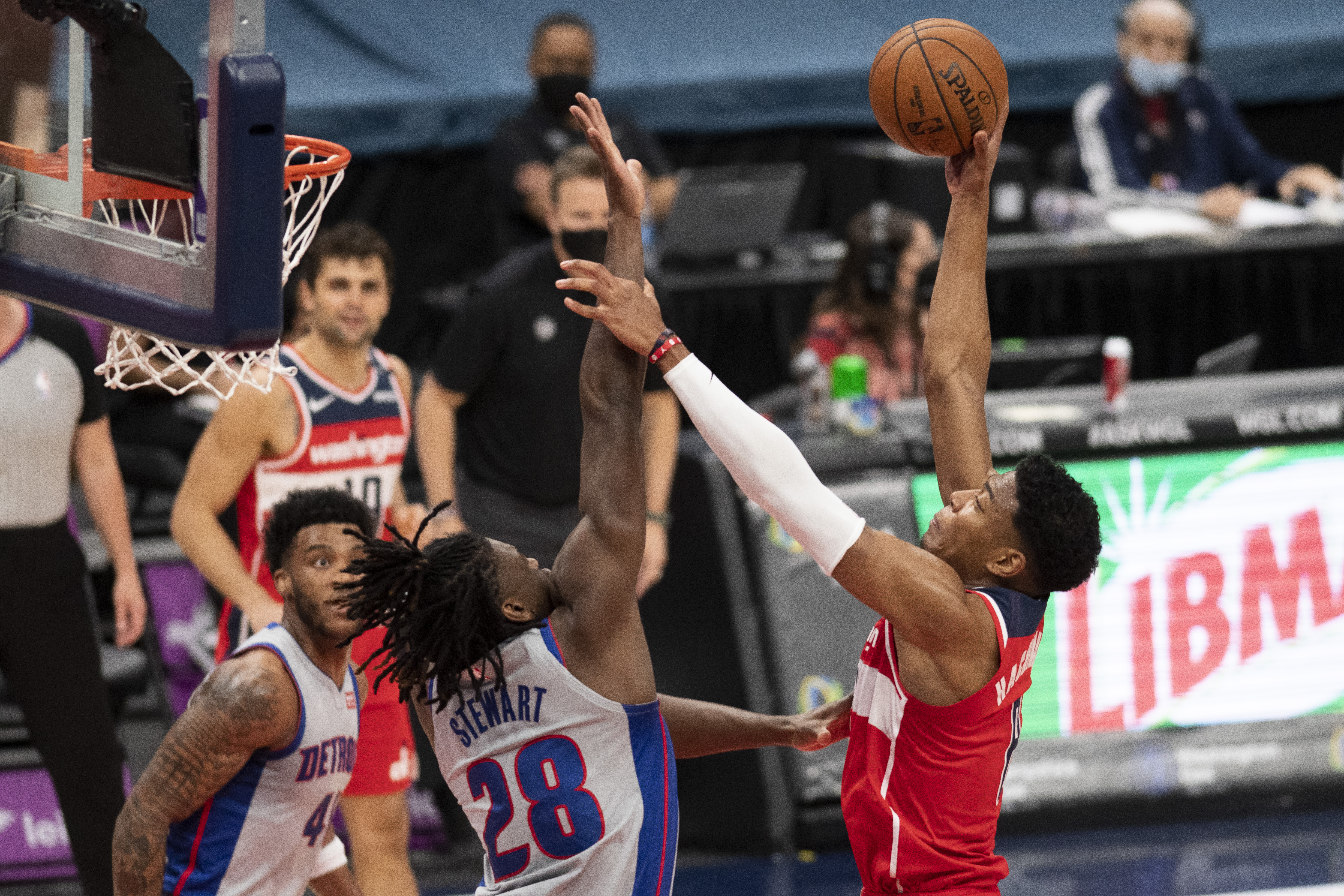 Rui Hachimura has now played and started in 30 consecutive games, the longest stretch of his young NBA career that just recently surpassed the 82-game mark, now at 85 following a 106-92 victory over the Detroit Pistons. That consistency after multiple bad luck injuries is what Hachimura has attributed to his continually ascending play. Since a zero rebound performance against the 76ers that Scott Brooks challenged the Japanese Jumpman to be better on, Hachimura has averaged 18 points and 8 rebounds including 41 percent shooting from three.

Hachimura’s 14 points and six rebounds line in 35 minutes against Detroit may not be overly eye-popping, but a +23 differential definitely matches the eye test. Washington is a better team on both ends of the floor with Hachimura’s defensive versatility as well as his nifty fadeaway jump shot that he is starting to perfect. Late in the first quarter, Hachimura ran the pick and roll with Russell Westbrook perfectly and soared for a poster dunk on Isaiah Stewart, drafted seven places after Hachimura in 2020.

Russell Westbrook’s off-the-court impact on the Wizards cannot be understated. He has helped Bradley Beal take another step in his seemingly endless growth similar to elevating Paul George to an MVP candidate in OKC. Westbrook has also helped the long-term development of Rui Hachimura and Deni Avdija. We are starting to see the early returns with Hachimura’s extensive emotion he is showing on the court something we have often seen in Westbrook’s career.

Scott Brooks: “I love it, I think he needs more of it. He’s getting used to the NBA way, you got to play with that emotion, that passion, that edge and I thought he started the game that way.”

Russell Westbrook: “That was nice. When he’s aggressive, especially around the rim, he’s tough to stop and he’s been doing that as of late and tonight’s one of those nights where he attacked the basket, used his athleticism, his size to finish at the rim”

Robin Lopez: “That was a lot of fun to see. I was sitting on the sidelines. It wasn’t one of those springy dunks where you knew he was going to go up and dunk on the guy. It was one of those when time slowed down a little bit and you had to see and you had a little show put on in front of you, a little duel like what’s going to happen here? I enjoyed it immensely.”

Throughout the heartache of another season in NBA purgatory for the Washington Wizards, fans should take pleasure in the evolving game of Rui Hachimura who has the potential to be the next All-Star for the franchise for years to come.