Your Morning Dump... Where Luke Kornet sparked the Celtics to a rare B2B victory 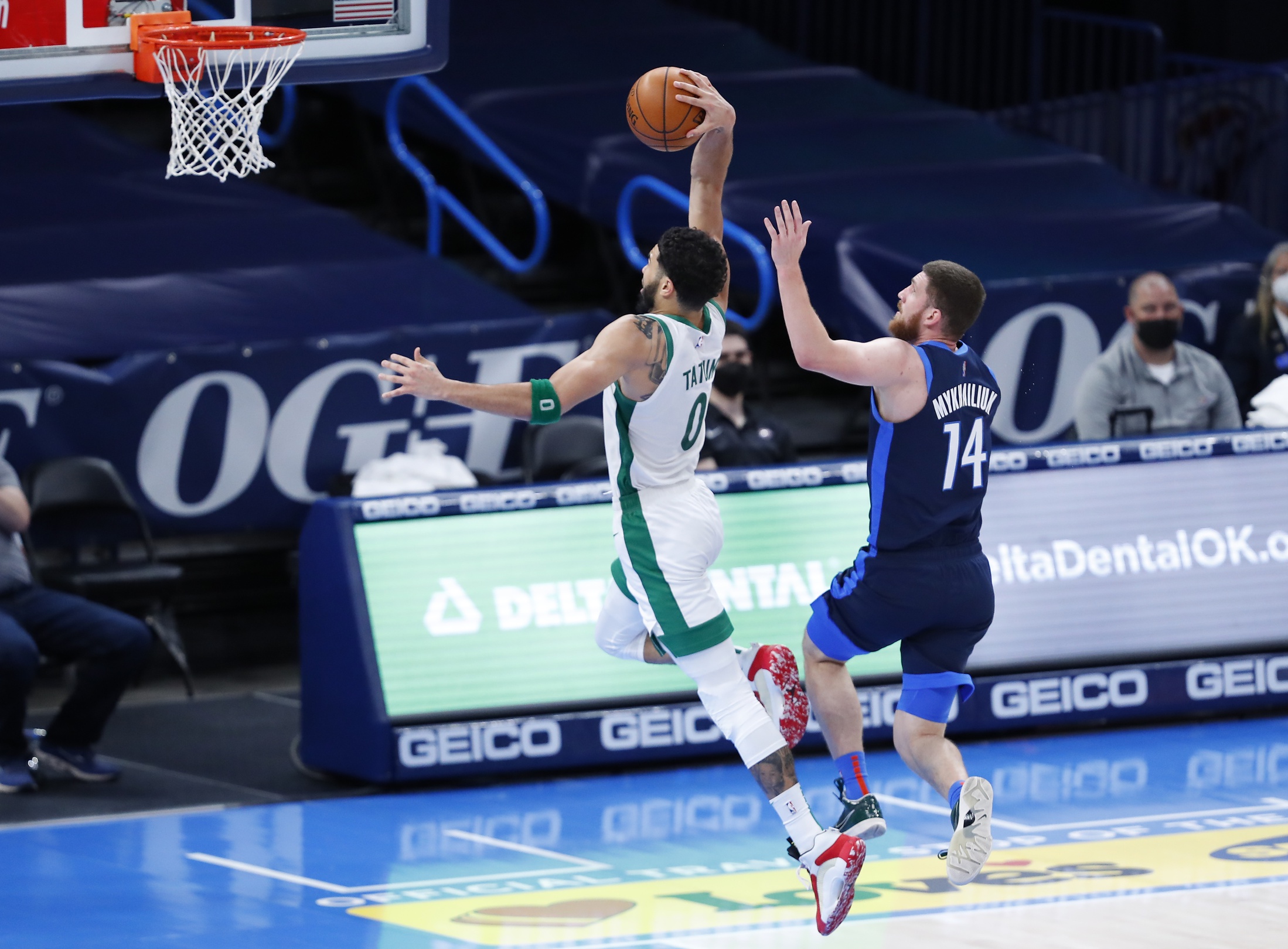 Your Morning Dump... Where Luke Kornet sparked the Celtics to a rare B2B victory

But at halftime, Stevens told Kornet to be ready for a possible stint. During the fourth quarter, with the Celtics in trouble, Kornet took advantage. He hit one 3-pointer. Then he drilled another. Boston put together a huge run from there — so huge that Kornet finished the 13 minutes of his Celtics debut with a plus-21 rating.

“Our bench gave us a chance,” Stevens said. “And then everybody else followed suit after that.”

The strong finish gave the Celtics a two-game winning streak. That’s not normally a feat to boast about, but this is the first time they have won consecutive road games since Jan. 4 and 6. The team has not given word on how long Fournier will be in health and safety protocols, but his coming debut should be another source of hope.

“This was one you had to find a way,” Stevens said. “Because you can’t keep going back and forth (between wins and losses). You’ve got to establish some momentum here.”

The old saying, beggars can’t be choosers, applies here. We can’t be concerned with the fact that OKC was missing SGA (injury), and Al Horford (benched for the remainder of the season). Or that they were playing a rotation of inexperienced kids.

The Celtics won a B2B and that’s all that matters. If (and that’s a gigantic if) this team is going to turn around the season, it starts with wins like this one. A dirty, ugly win.

I’m not reading much into Kornet’s performance last night, even though Stevens admitted Boston has always liked his style of play. Once Thompson returns, Kornet will rarely see the court.

Like Thompson, newly acquired Evan Fournier is stuck in health and safety protocol:

“I don’t really want to get into the specifics of everything, because I don’t know all the answers,” coach Brad Stevens said before the Celtics played the Thunder in Oklahoma City. “As far as frustration, it’s been a very consistent theme for us to be missing people. But hopefully that won’t be long term. We’ll see how this all goes and go from there.”

With Fournier clearing his physical on Friday, it was believed he could make his Celtics debut against the Thunder on Saturday. It’s unclear if Fournier was a positive test or ruled out because of contact tracing. If it’s the latter, per league protocols, he will need to register negative tests for seven days before leaving quarantine.

Stevens added that Ojeleye and his strained oblique will be out for 10 days to two weeks.

On Page 2, it appears Andre Drummond is going to LA.

Source confirms multiple reports that Celtics are pursuing Andre Drummond, but adds the team believes he's signing with the Lakers.

LA's stars have been recruiting Drummond hard, and Lakers' situation offers him a chance to step into the starting lineup at center. Drummond is progressing toward finalizing that decision soon, sources said. https://t.co/ctndm08c4K

The Celtics need to give Robert Williams more minutes, while the Lakers get Marc Gasol off the court ASAP.

With LMA signing with Brooklyn, and Gorgui Deng agreeing with San Antonio, the buyout market for bigs has dried up.

Can I interest you in a Kelly Olynyk?

BSJ: Celtics getting infusion of energy from deadline acquisitions | Finally, C’s found a way to flip the switch

Boston.com: ‘I was hoping to come in’: Luke Kornet happy to make an impact in his Celtics debut

Globe: Celtics rally late to pull out win in Oklahoma City and other observations