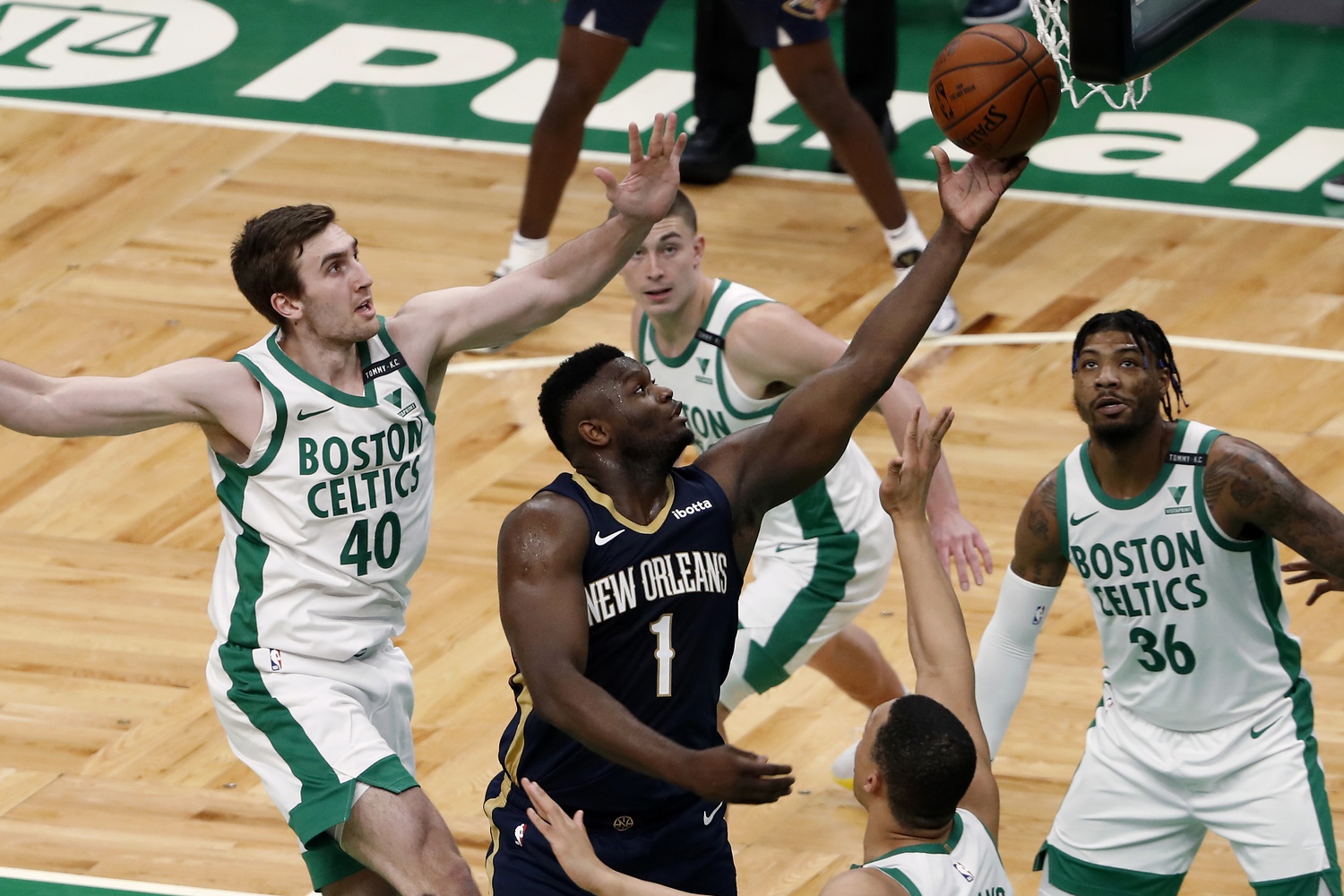 Turns out the Celtics are still wildly inconsistent even with fans in the building. Zion Williamson bullied his way to 28 points, while the rest of his teammates shot a scorching 51% from 3 FG in New Orleans’ 115-109 victory.

Evan Fournier, the man Danny Ainge hoped would provide a “jolt” to this fledgling team, layed an 0-10 FG egg in his debut. Marcus Smart treated us to an epic gaffe, an inexplicable attempt to defend his gaffe to teammates, two incredibly tough late stops on Zion, and an ejection in the final seconds.

Of course, the Celtics rallied late to make a game of it, and the officials botched a potential game-altering call, but the Cs didn’t really deserve to win. This wasn’t your typical lack-of-effort performance, it was more about this team just not being good enough. Again.

Wow Jayson Tatum came out ON FIRE. He has 11 of the team's 13 points and he assisted on the other 2. The only thing he missed is that free throw

backboard with the assist 👌 pic.twitter.com/QgxB3tXm4p

Barring a late sub here in the final 2 mins…

Pels bench in the first half:

It appeared Nesmith whacked his head on the floor after that bucket.

Here are a few looks at the Tatum flagrant… pic.twitter.com/21BLanY46K

And… here’s a jump ball with 0.3 seconds remaining on the Pelicans shot clock.

Marcus Smart thinking he was right after that is incredible.

Welp. Dumbest single thing I’ve ever seen a player do.

No stopping this man 😤 pic.twitter.com/kBznkju2NX

"Way to welcome your fans back," shouts someone from the crowd.

"You suck," yells another.

Big shot from B.I. on the step back! Pels up by 5 with just over 30 seconds left pic.twitter.com/o03h7t1YgW

Evan Fournier went 0-10 in his Celtics debut. He is the fourth player in the shot clock era (since 1954-55) to go 0-10 or worse in their debut with a new team h/t @EliasSports pic.twitter.com/lzsPPd17M1