Zion Williamson will soon surpass Shaq for this NBA record 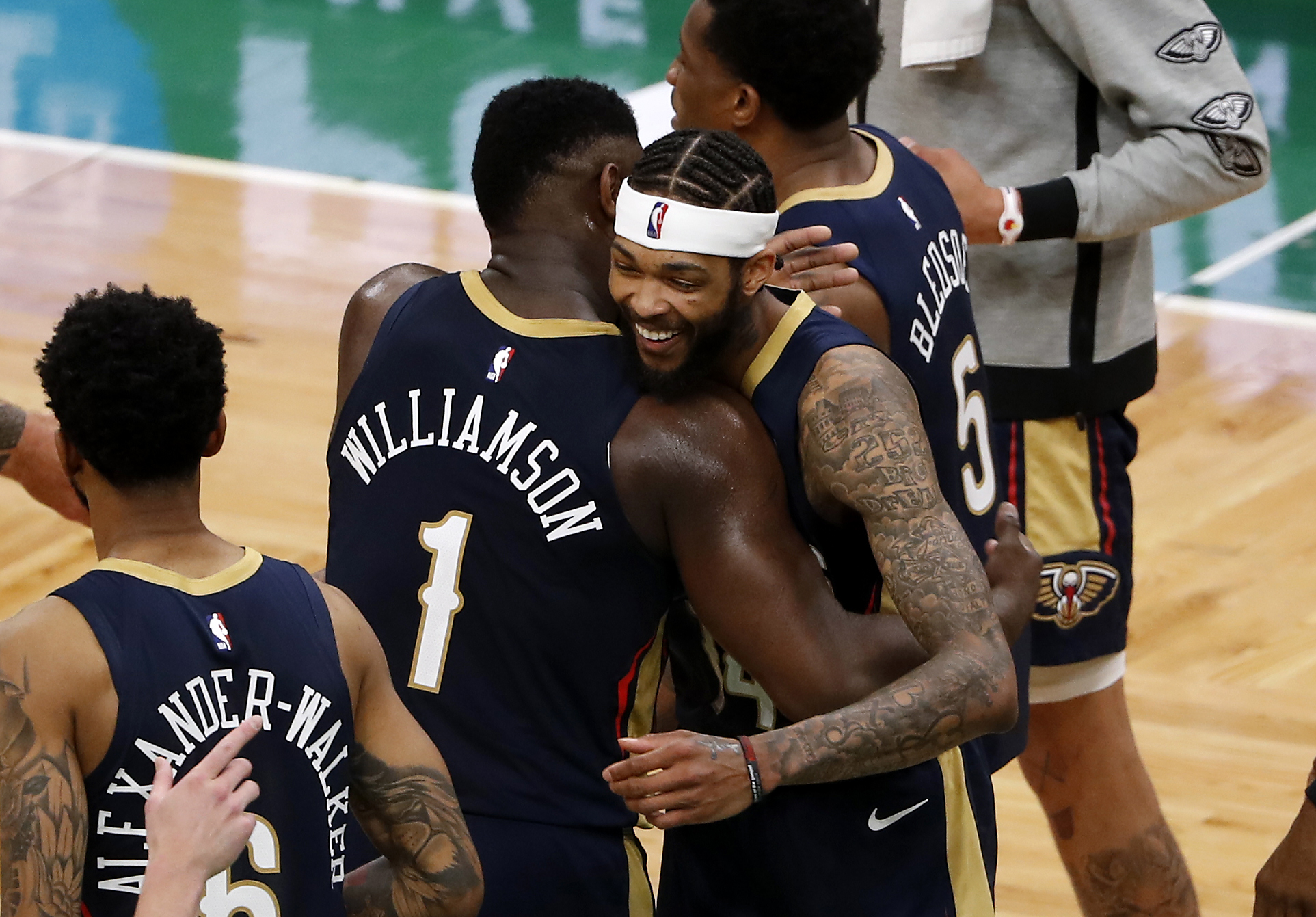 Zion Williamson will soon surpass Shaq for this NBA record

Zion Williamson continues to break records in his first full season in the NBA, and he’s on pace to surpass a legendary seven-footer in an important category.

Shaquille O’Neal was one of the best rim-protectors the game has ever seen, and few have ever been as dominant close to the basket in the modern era. And while Shaq may have struggled at the free-throw line, he was actually decent from the field. In fact, he actually held the record for most consecutive 20-point games with 50-percent or better shooting performances (24).

But that record won’t stand much longer.

Zion has 23 such performances, and will tie Shaq if he can do it again against the Magic on Thursday night. And given how bad Orlando’s defense is, we believe it will happen.

Zion Williamson had his 24th consecutive game tonight with 20 pts on 50% shooting, 1 shy of tying Shaquille O'Neal for the longest such streak in the Shot-Clock Era (since 1954-55) h/t @EliasSports pic.twitter.com/5NMjjglhMQ

Magic-Pelicans has now been upgraded to must-see TV. All eyes on Zion.