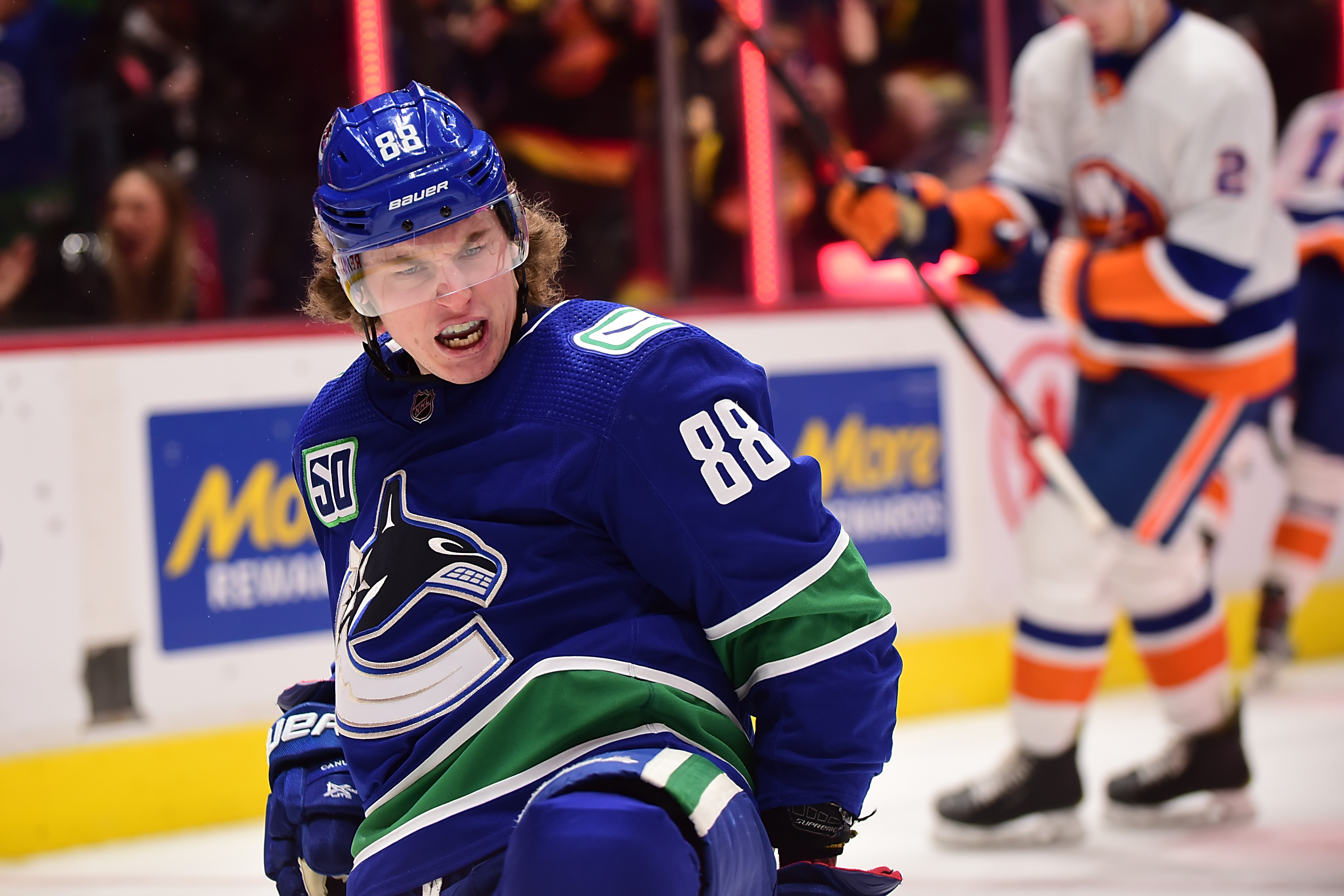 Vancouver Canucks center Adam Gaudette of Braintree, MA has tested positive for coronavirus according to Rogers Sportsnet on Tuesday. Gaudette is now reportedly in coronavirus protocol.

Even though there have been plans worldwide to slowly reopen things, one must realize we are still in a pandemic, and coronavirus needs to be taken extremely seriously. There have been 99,035 total cases in the Canadian province of British Columbia and 1455 deaths.

Gaudette has four goals and three assists for seven points in 33 games. He is a -13 with 12 penalty minutes, two powerplay points, 59 shots on goal, 50 faceoff wins, 20 blocked shots, 12 hits, six takeaways, and four giveaways. Gaudette is in his fourth season with the Canucks since he was drafted in the fifth-round, 149th overall, in the 2015 NHL Draft.

Last week, Jesperi Kotkaniemi of Pori, Finland, and Joel Armia of Pori, Finland of the Montreal Canadiens went into coronavirus protocol, and as a result, three games between the Canadiens and Edmonton Oilers, and another between the Canadiens and Ottawa Senators were postponed. The Canadiens and Oilers resumed to action on Tuesday in Montreal for one of the three makeup games, and ironically it was Kotkaniemi, who scored the game-winning goal 18 seconds into the contest in a 4-0 Montreal win. Armia meanwhile did not play, as he is still in coronavirus protocol.

One must realize there is a significant difference in how the Canadiens and Canucks handled their cases. We do not know if Kotkaniemi or Armia had coronavirus, or if they were just in close contact to someone who did. With Gaudette, we know he had an initial positive test, and is expected to have a second test. If the second test comes back positive, it is considered a “confirmed positive”. If the second test comes back negative, Gaudette may need another negative test to return to the Canucks. Vancouver is still scheduled to host Calgary on Wednesday if no other players test positive.