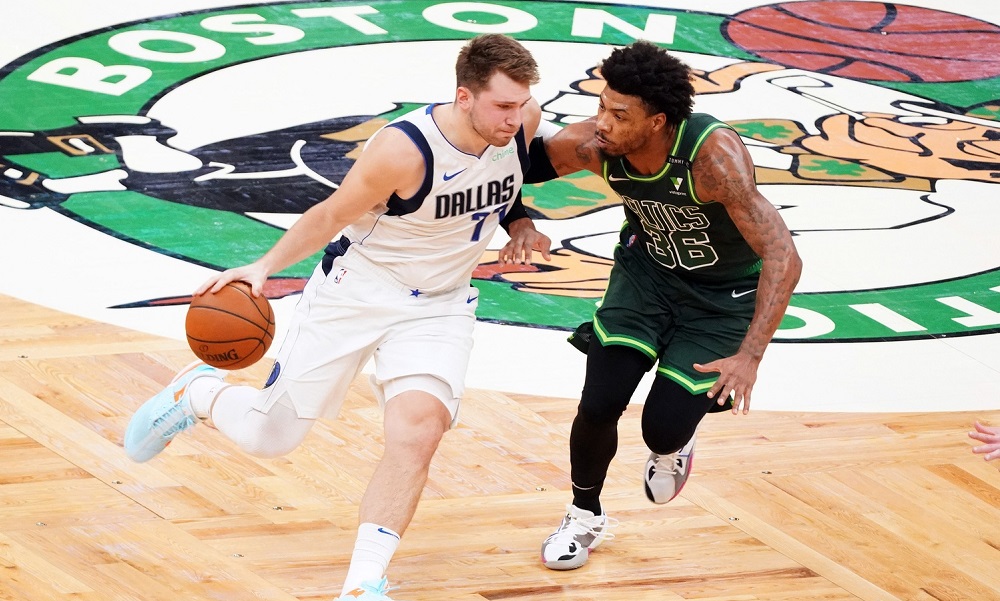 That’s how it went tonight, as the Mavs led by 19 at halftime and 17 after three quarters. The Celtics got as close as 2 points with 16 seconds left, and won the fourth quarter by 12, but the Mavs ade their free throws and held on for the win, 113-108.

Way too much (6 of 11 points) in the paint already by Dallas.

Mavericks lead 30-25 after one

Me and the refs aren’t on the same page tonight.

This is horrendous defense by the Celtics. At least guard the guy with the ball.

Luka handing out step backs to every Celtic defender 🤭🔥 pic.twitter.com/SXZLCXPdve

4-21, 19% from 3 for Celtics. Stevens wants this shot selection. It’s not actual basketball. Maybe Mike Woodson can hire him as an assistant at Indiana if Larry Brown says no.

Moe Wagner with the great hustle … to save the ball to a wide open Mavericks player for a bucket. Celtics down 74-51. They're now 4 for 27 from the arc. They're shooting 32.7 percent overall. Against the 22nd-best defense.

Kemba just standing at the key watching Jaylen fall out of bounds and not giving him any help, leading to a Mavs breakaway.

Every time the celtics get a little momentum, the refs call Boston for a questionable foul.

I mean, what are we even doing here? https://t.co/8Fyql6Tyz9

Mavs have been trying to run out the clock for the last 8 minutes and it's not working.
Cs within 8.

Celtics have gone to a lineup with either Tatum, Brown or Smart at center. I'm not sure. Those two guys next to Fournier and Kemba Walker.

Pritchard from the corner pic.twitter.com/NM6yEFpqsV