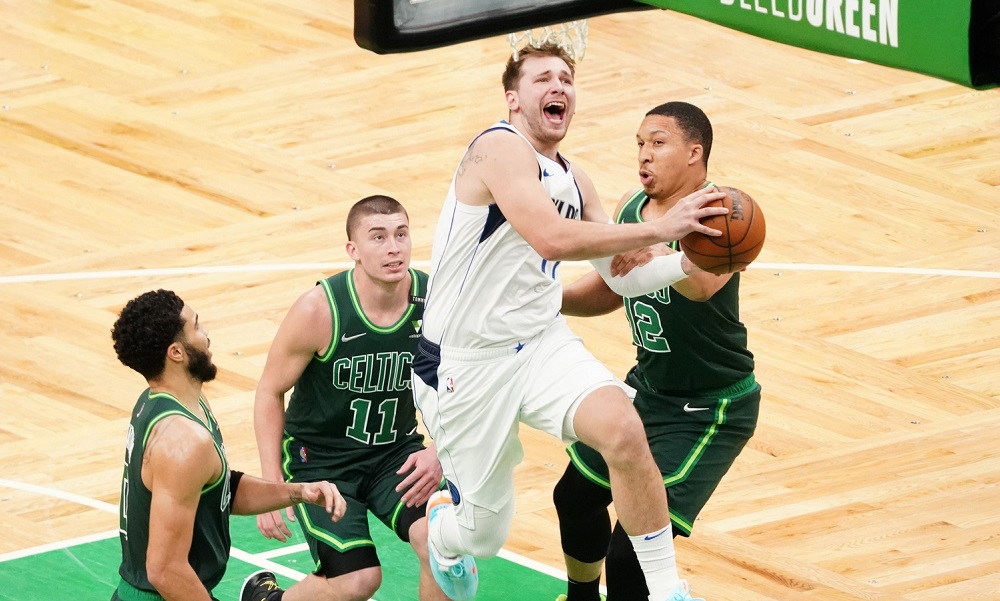 Call it déjà vu. Call it Groundhog Day. Call it the never-ending story. After losing to Dallas last night, 113-108, the Celtics are now 8-9 in games decided by fewer than 6 points.

The game followed a familiar pattern: fall behind immediately, can’t make 3s, can’t get stops, screwed by refs, fourth-quarter comeback falls short. The Celtics never once held the lead. This happens too often, and in postgame interviews, everyone says, “We have to be better.” Yet nothing changes.

Consider that the Celtics shot 4 of 24 from the three-point line in the first half. That’s 16.7%, which is far too low to make the analytics work. Threes are only more valuable than twos if you convert more than 33% from the arc. So did the Cs start going to the hoop more in the second half? They were 7 for 23 (30.4%), so that’s a “no.”

The modern offense is predicated on hunting threes and layups. The Celtics should not forget about that second part, because they’re good at it.

Celtics from 2PT range vs Mavs

Fans of the Suns, Kings and Hawks must wonder every day why their teams passed up this genuine superstar in the 2018 draft.

In two games vs. Boston this season, Doncic totaled 22 of 38 field goals (13 of 19 threes) for 67 points, with 18 rebounds and 13 assists. In the first meeting, he hit two ridiculously deep threes in the final half-minute to snatch the W from the Celtics. It was hero ball, but he made it work.

Last night, Luka was so hot he could’ve rightfully broken out the Michael Jordan shrug. He made 7 of 11 threes, some of them just impossible, like this rally-crusher in the fourth.

The Celtics have a bad habit of being destroyed by role players. Recently it’s been Moses Brown for OKC (21 points, 23 rebounds) and Josh Hart for New Orleans (15 points, 15 rebounds).

If the Celtics have had any such performance off their bench this season, I must’ve forgotten about it.

Both teams totaled 20 assists, but too often the ball stopped with Jayson Tatum or Jaylen Brown, who insisted on going one-on-one. They combined for 41 FGAs but only 4 assists. Possibly why Jaylen was minus-8 and Jayson minus-19, which was especially bad since The Jays are the top two plus/minus Celtics this season.

Good news: The new guy wasn’t scoreless, finishing with 6 points. Bad news: he got only 6 shots in 31 minutes.

With the Magic this season, Fournier averaged 19.7 points on 14.2 FGAs and 7.2 3PAs in 30 minutes per game. If the Celtics are going to get the same production he provided in Orlando, they must make it a priority to incorporate him into the offense, ASAP.