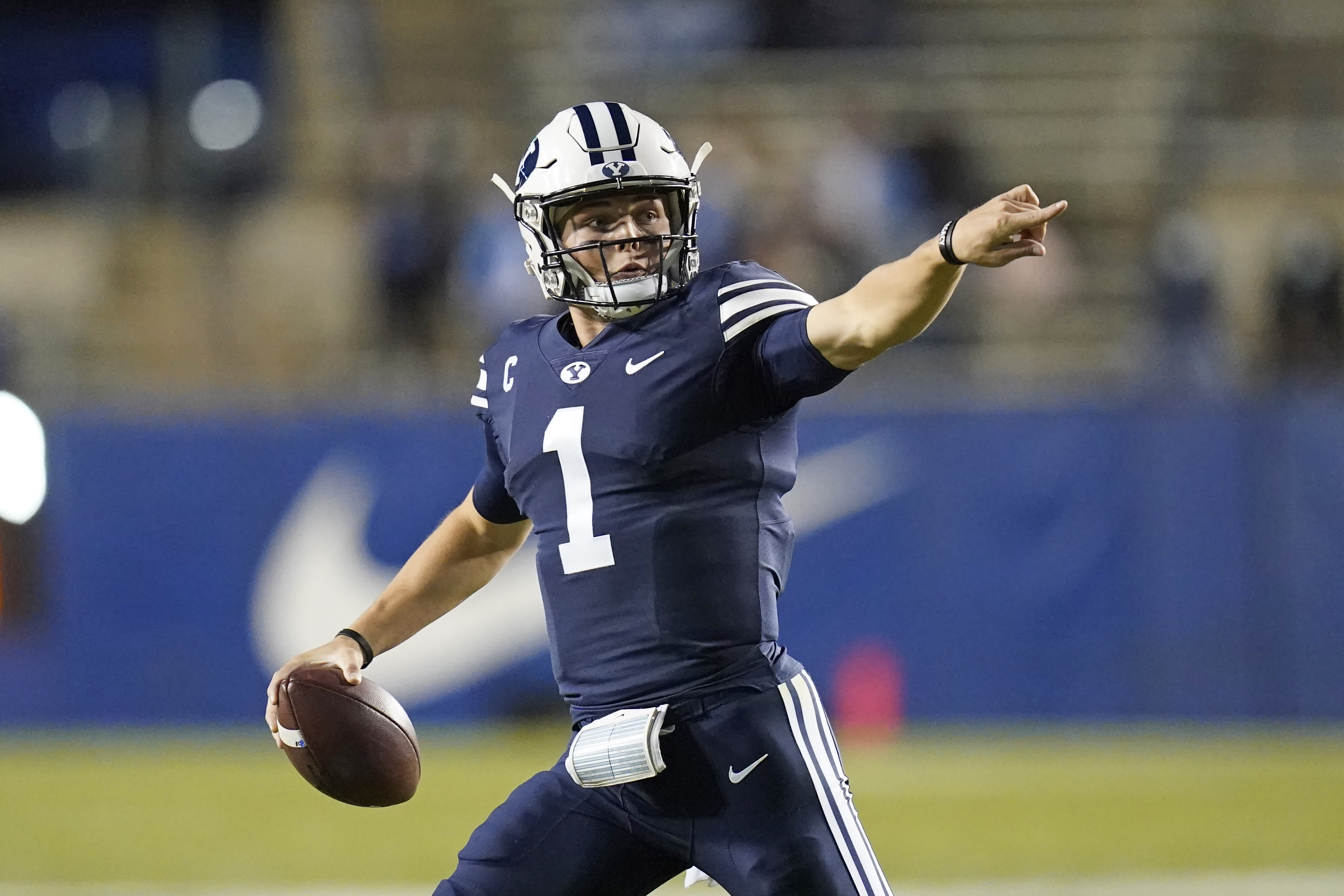 Today is April! Today means we are officially in the month of the NFL Draft, which starts on Thursday April 29.

We probably know who the Jacksonville Jaguars are taking first overall, and we know the 49ers are going QB with the third pick, but the real question is, what are the New York Jets going to do at number two?

Although most people believe the 2nd overall pick will in fact be BYU quarterback Zach Wilson, there’s no guarantee that:  A- It will be Wilson, and B- That the Jets are going to be making the pick on April 29

The Jets are in a rather unique situation as a franchise, with a new coach who has almost completely overhauled the team in just a matter of weeks into free agency.  The biggest question will be whether he wants to run it with Sam Darnold at QB, or start fresh with his own guy, which honestly, most new head coaches deserve the chance to do.

If the Jets run with Darnold, then they could pass on Wilson and go in another direction, like picking Oregon offensive tackle Penei Sewell.  They could also decide that the QB they really want, isn’t worth the number two pick, and a trade from a team that really wants Wilson or Ohio State’s Justin Fields, could be more enticing for them to trade back.

If a team like Carolina, Denver, or maybe Atlanta or Washington comes around and offers up a deal to move up to 2nd overall, perhaps the Jets make the deal knowing they already have a QB in place, while adding a couple of extra 1st round picks in 2022 and 2023.

So say the Jets trade the 2nd pick to the Falcons, and move back to 4th, then perhaps at that point, the pick is still a quarterback, but it’s Mac Jones or Trey Lance instead of Zach Wilson.

Then there is also the possibility that the Jets do in fact take a quarterback at two, but it’s not Wilson, but rather the QB that was rated #2 behind Trevor Lawrence the entire year- Justin Fields.

This is the NFL Draft, nobody knows what a team is doing or thinking until they actually make the pick, so we’ll see what happens.  It’s interesting nonetheless because the draft really starts with the NY Jets and what they decide to do with that 2nd overall pick.