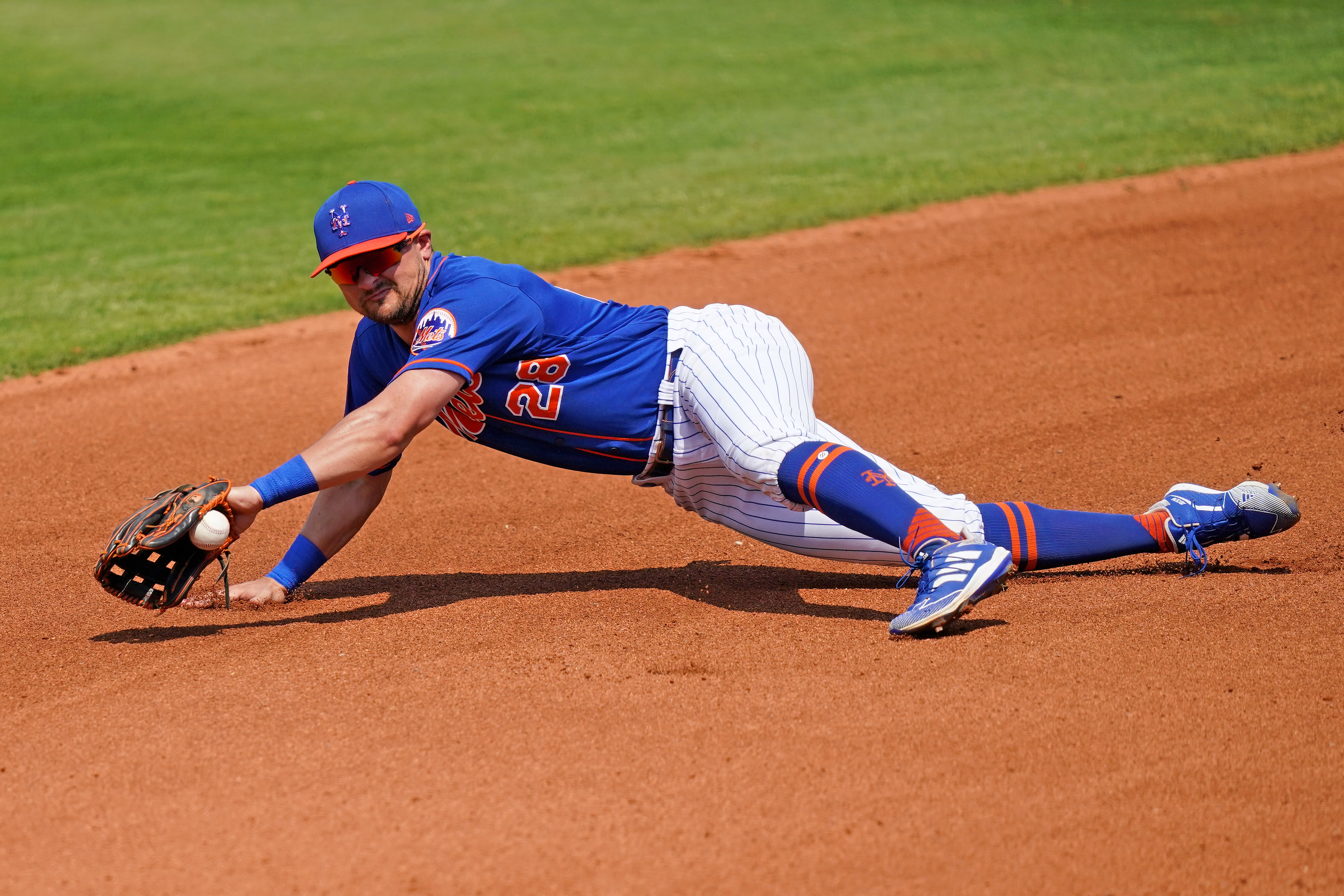 Hello everyone. We’re almost there.

Opening Night is just a few hours away (and might be more if the Nationals have to postpone because of COVID concerns, but hell we’ve waited this long, we can wait another day if need be … especially if it’s to hear Alex Rodriguez talk about how he almost owned the team for three and a half hours.) So it’s time for me to figure out who the key players are this season.

I’ve done this in the past, and the results were acceptable, so it’s time to try it again. Now for the purposes of choosing these players, remember that it’s quite obvious that Jacob deGrom, Pete Alonso, and Edwin Diaz are going to have to be the best versions of themselves for the Mets to be successful. If Francisco Lindor becomes Omar Quintanilla, then the Mets aren’t winning anything. Duh, right? So we’re going to dig a little bit deeper. 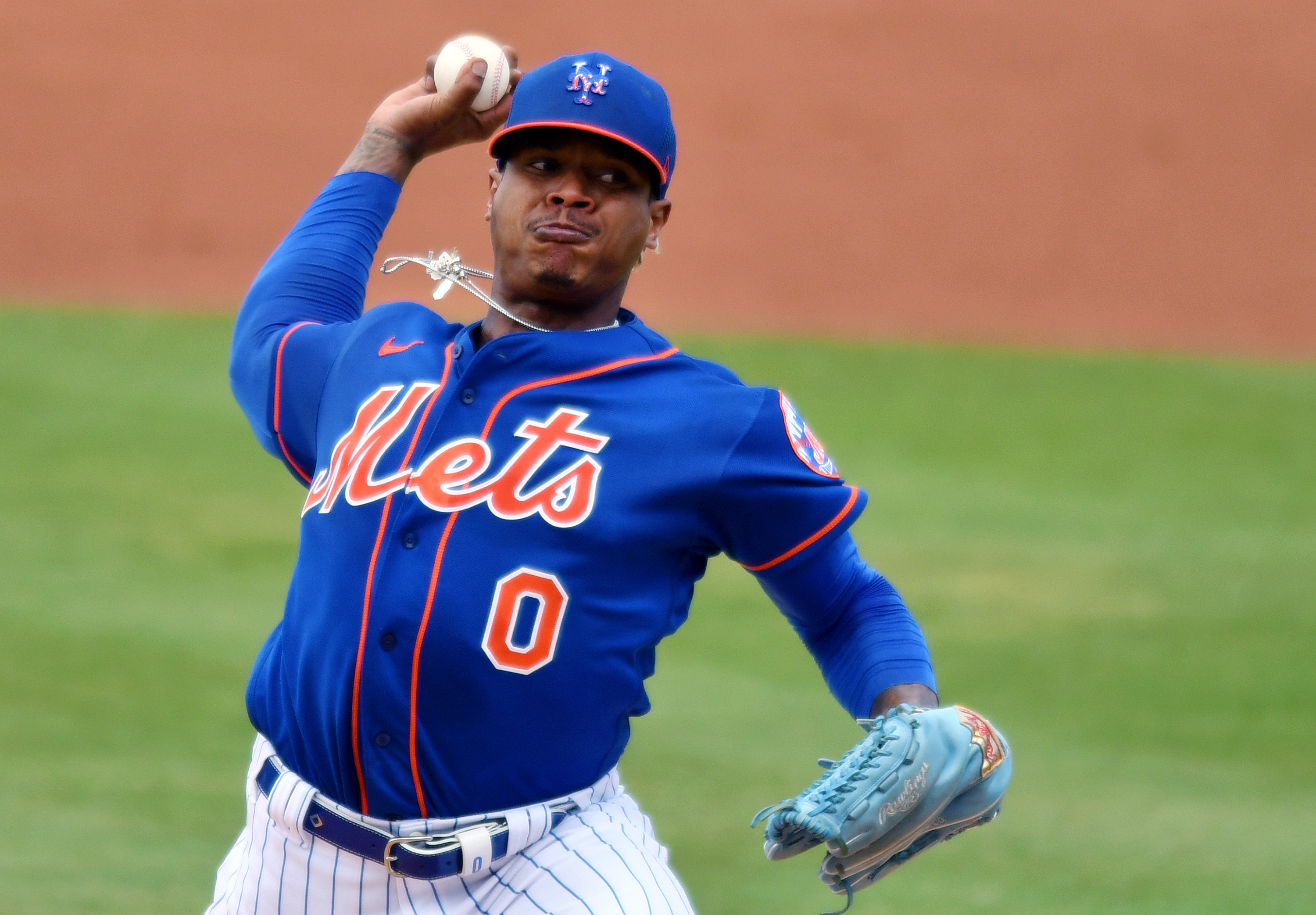 Okay, so this one is kinda obvious. Stroman wasn’t around last season, opting out because of COVID concerns. With the rotation beyond deGrom filled with question marks last season, Stroman’s presence brings welcome hope that 2021 won’t be the three month long horror show that the 2020 baseball season was.

That said, I’ve been all in on Stroman this winter, and I think this is the season he puts it all together. Stroman, you see, worked with a company called Codify this past winter. Codify is a company that helps pitchers use tailor their pitching repertoire specifically to the hitters that they’re facing. Look no further than Dan Straily to see that what Codify does works. Straily pitched for the Lotte Giants last season, and during the early days of the pandemic, there was nothing to watch except the KBO, so I know way more about this league than I ever thought I would know.

Straily dominated for Lotte in 2020, going 15-4 with a 2.50 ERA and a 1.02 WHIP, striking out 205 hitters in 194 and 2/3’s innings. Now before you poo-poo this as “well it’s the Korean League”, remember that the KBO is a league whose hitters prioritize contact (seriously, hitters jump in the batters box to make contact), and Straily led the league in K’s not by one or two, but by 20. He was simply dominant, and in his interviews with the ESPN crews all throughout last season, Straily repeatedly mentioned how Codify made a huge difference for him. I actually would have been thrilled if the Mets made a run at Straily for the back end of their rotation this season, but Straily decided to stick with Lotte for the 2021 season.

Stroman’s hard work combined with the work with Codify makes for a very interesting, and potentially huge 2021 as Stroman heads torwards free agency. 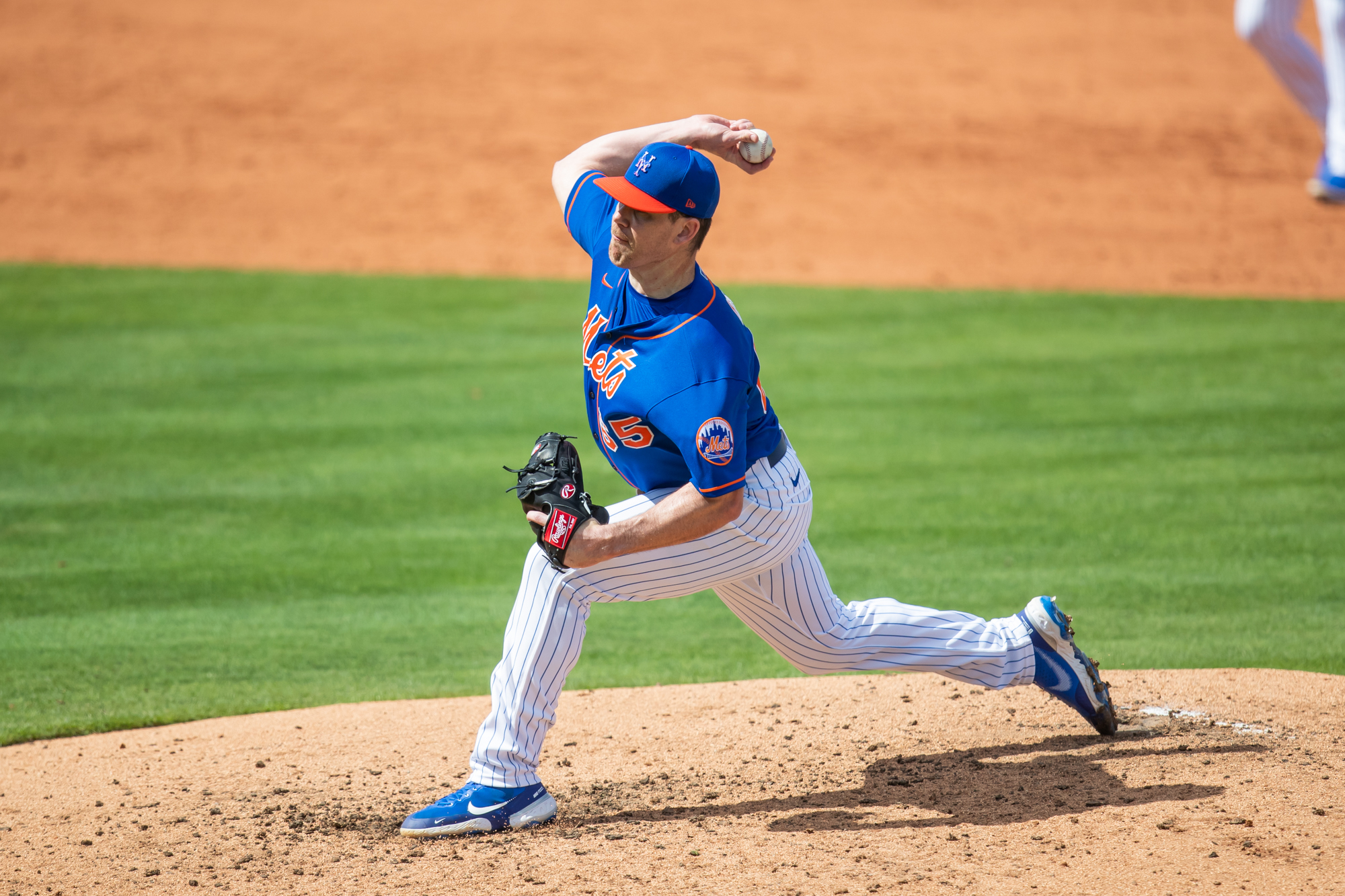 Trevor May is a great segue here because he is also a Codify guy. If Codify does for him what it did for Straily, and what it hopefully does for Stroman, then the Mets will be in great shape. Ask anybody what worries them about the Mets this season, it’s the bullpen. Beyond Edwin Diaz, Seth Lugo will is recovering from bone spur surgery. Dellin Betances has lost velocity. Jeurys Familia often loses the plate. That’s a lot of dependence on Miguel Castro, Aaron Loup, and Robert Gsellman to get things done. May is the pivot guy here. If he does well, it helps everybody in that bullpen find their sweet spot. If May doesn’t do well, it puts pitchers in positions they won’t be comfortable in. 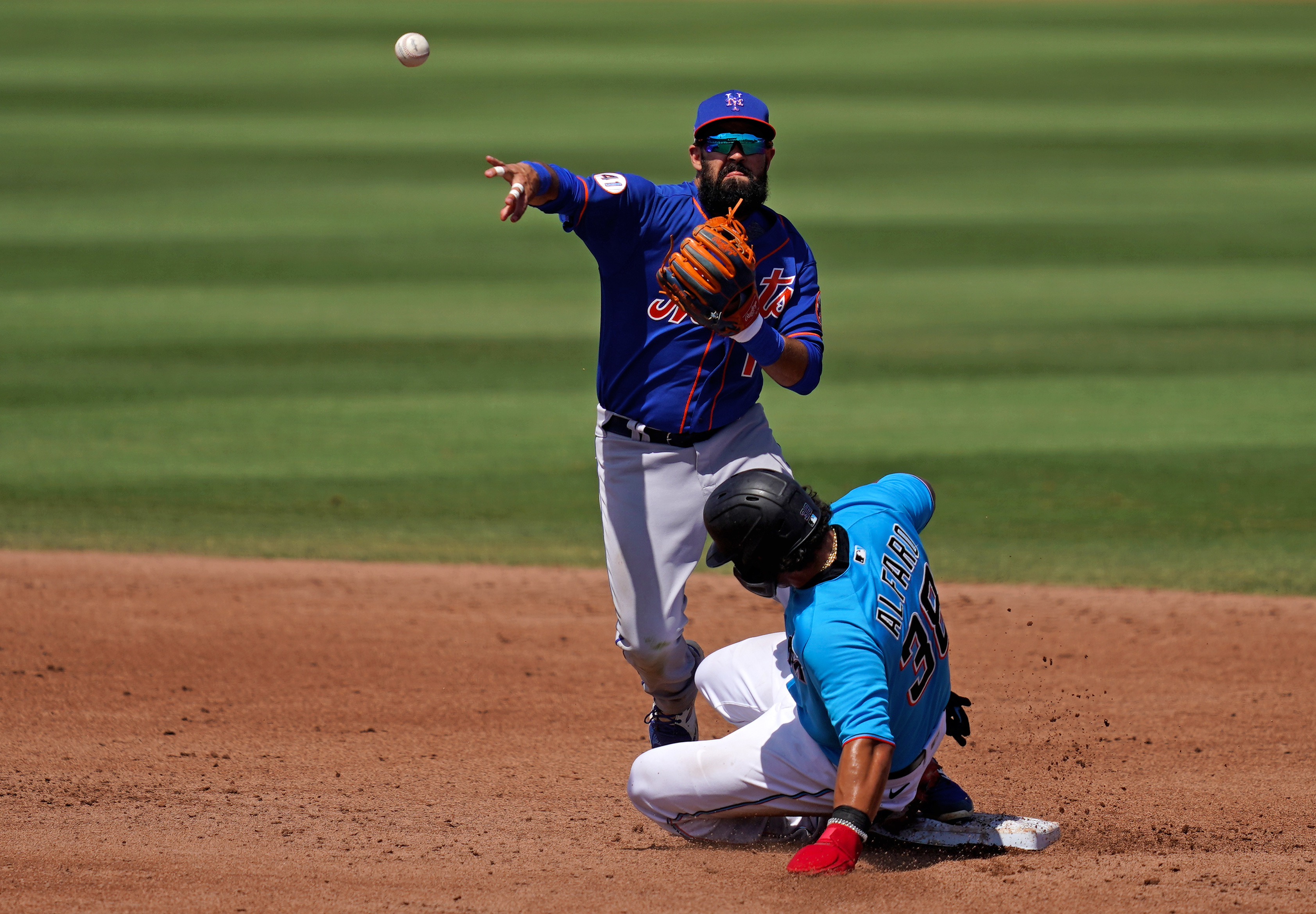 For the purposes of this exercise, Davis and Guillorme are intertwined as one. Davis is key because for the Mets lineup to be as good as it could be, Davis has to move closer to his form from 2019. If he does, then his defense at third which everybody complains about will be tolerated.

Now, let’s assume that happens. The question then becomes this: How does Luis Rojas find enough spots for Guillorme to maximize the impact of his glove? He’ll most certainly play some third base in spots for Davis, some second for McNeil, and maybe even some short when Lindor takes a breater. But it has to be enough for Guillorme to make a difference defensively.

If Davis goes the other way, then the question becomes where to fit Guillorme in full time. Third base? Second base with Jeff McNeil moving to third? Does Jonathan Villar vulture some reps in the scenario? Is that what anybody wants? 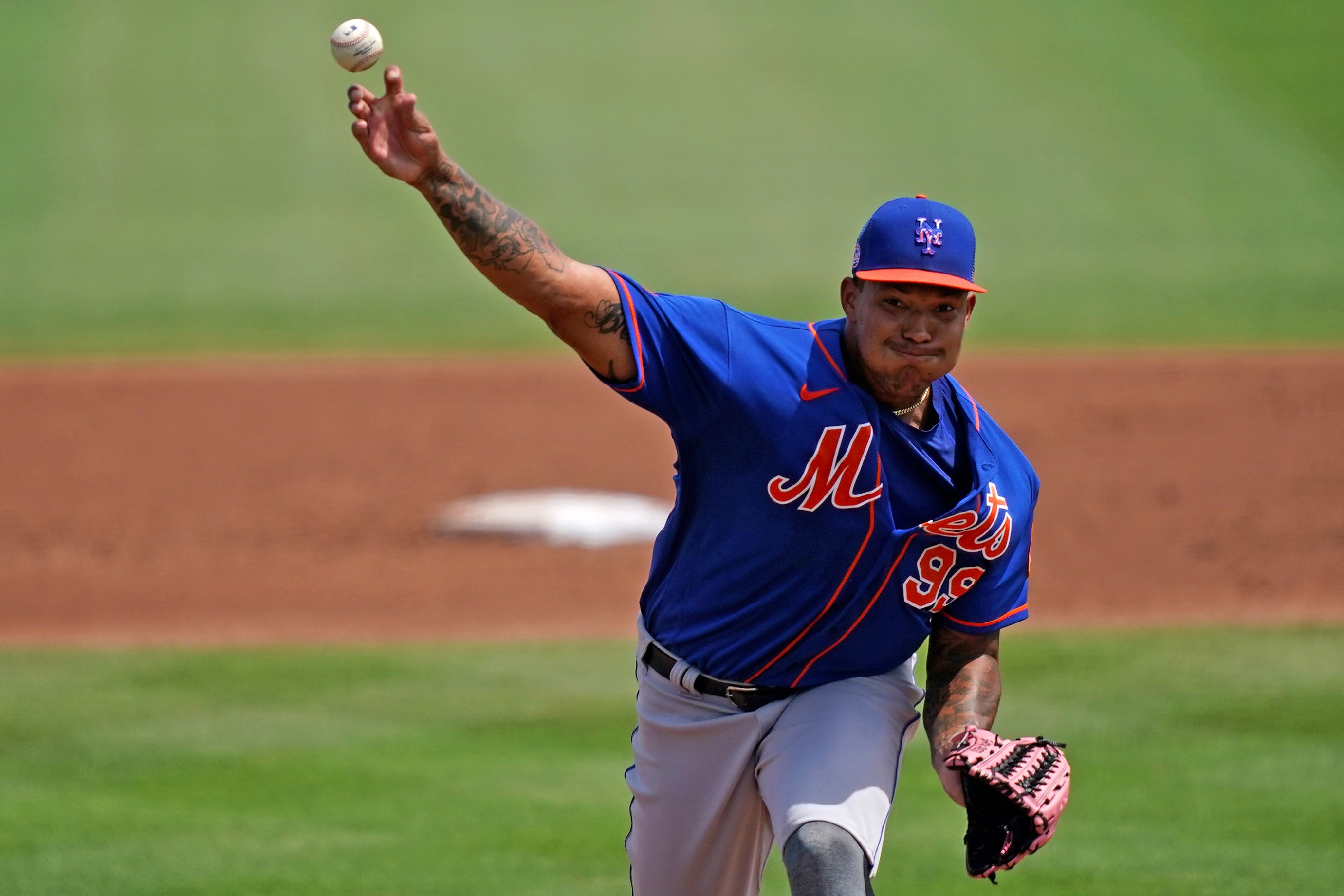 The buzzwords for the Mets for 2021 is starting pitching depth. Joey Lucchesi and Jordan Yamamoto are the guys who will be the deep cuts for that five spot, and with Carlos Carrasco injured for at least the first month, Lucchesi gets the first crack to test that depth (perhaps with Jacob Barnes caddying as his opener).

Walker is another pitcher that was signed for depth, and moving up from number 4/5 to the solid three spot will be another test of the rotation depth. Walker’s performance, just as Stroman’s will play a huge part in whether the Mets are successful are not. Even if that performance is merely being a .500 pitcher with a four-ish ERA, it would be a huge improvement over what was happening last season. 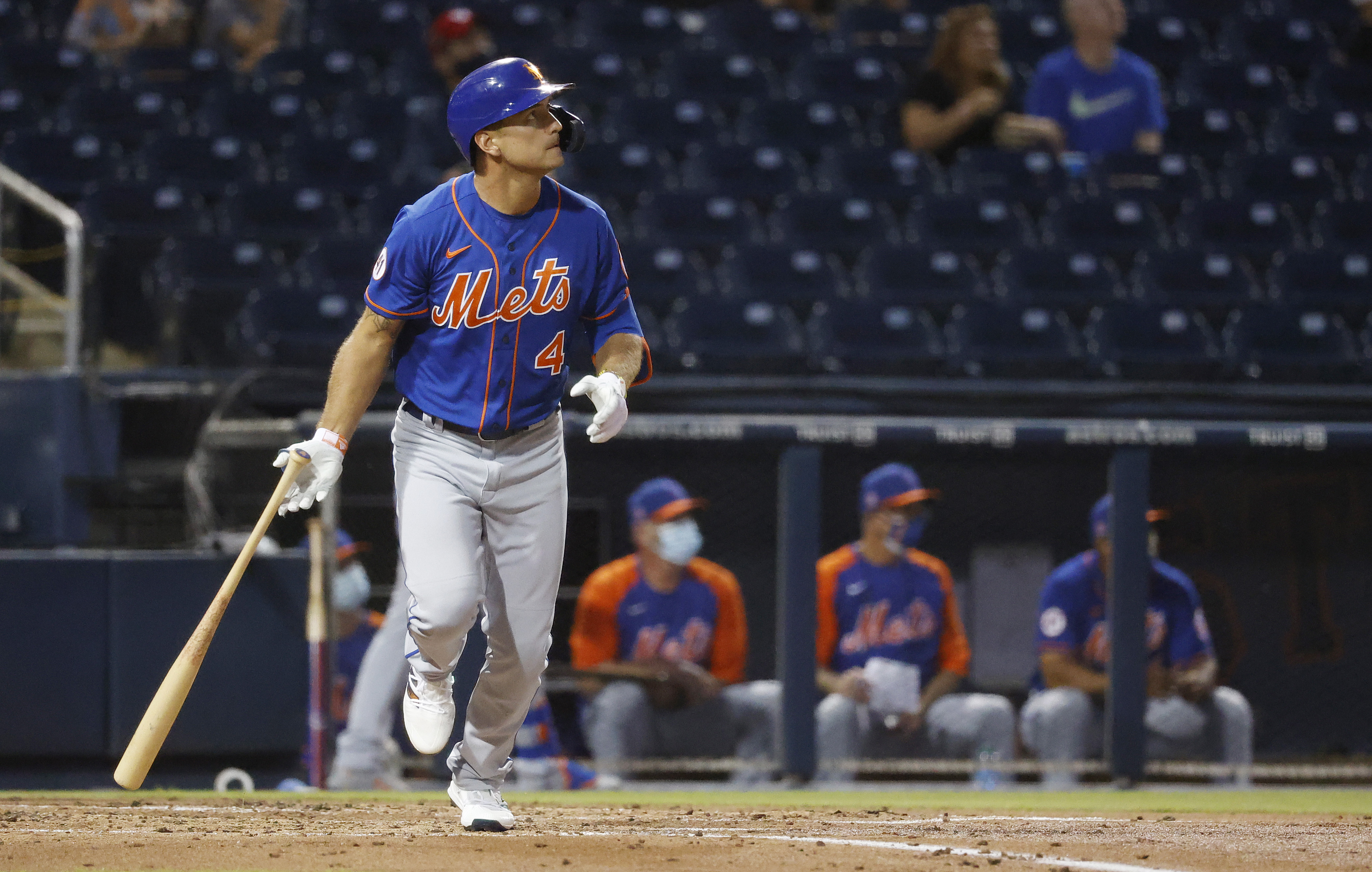 “How the *$&% does a fifth outfielder a key part of any season?” When defense in center field has been such a sore spot for the team the last few seasons. George Springer would have been the answer. But for various reasons, it didn’t happen. So in comes Almora and Kevin Pillar for defensive purposes.

Pillar will get a bulk of the duties in center field when the Mets go with their defensive lineup, and for at least the first part of the season, I could see Almora being a late inning guy in center and in right field for when the Mets want to go with optimal defense in the late innings with Pillar in center and Brandon Nimmo in left. But if the 32-year-old Pillar has any regression, especially defensively, it’ll be up to Almora to step into that role. Can he hit enough to earn more at-bats? Who knows, but being reunited with Chili Davis can’t hurt.

Feel free to throw in Castro, Lucchesi, and perhaps James McCann as honorable mentions here. Your mileage may vary. But big years from the five, er … six players above, and the Mets are in for a special season.