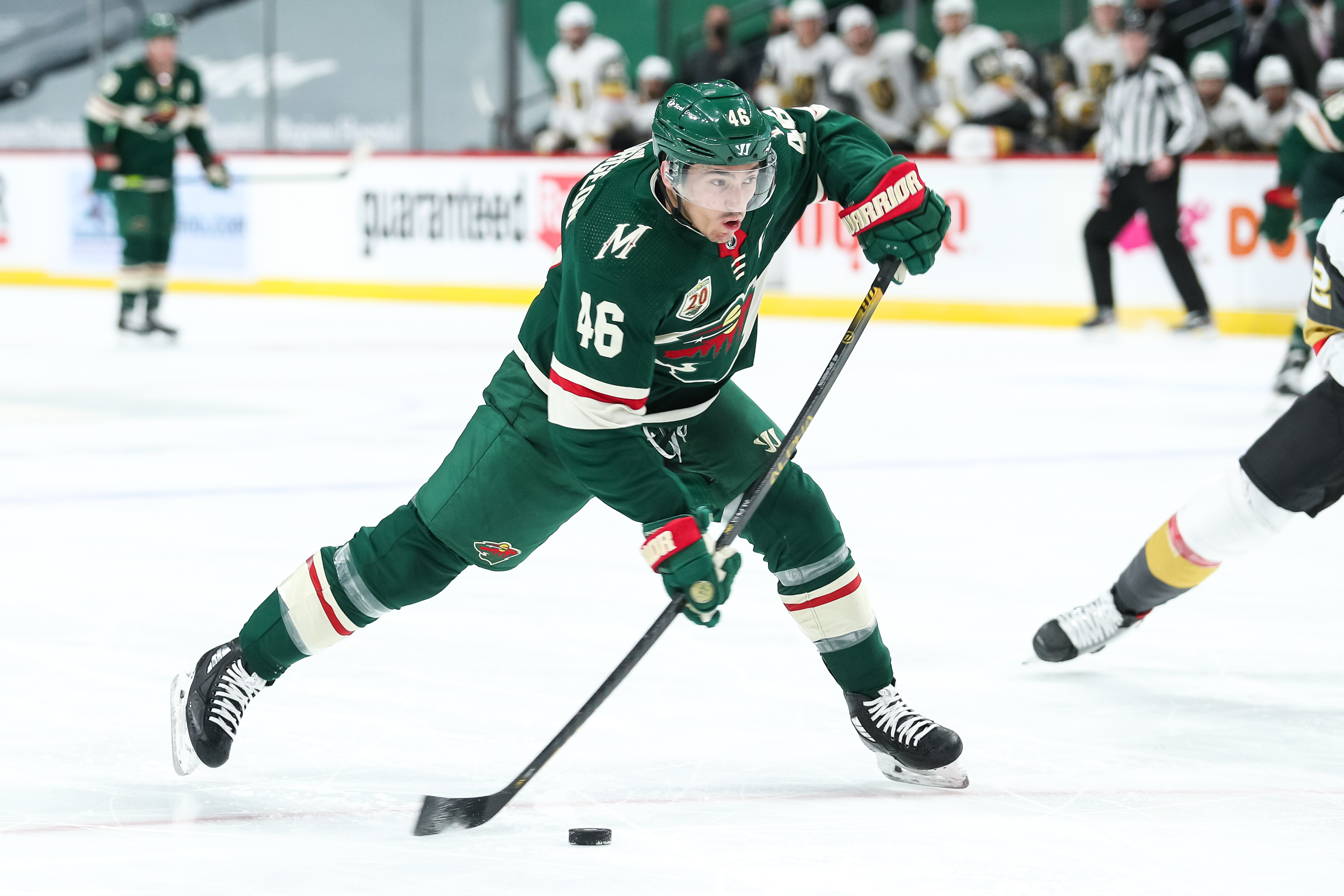 Now that Spring is truly here (although those of us in the Upper Midwest tend to be a bit more cautious with this declaration), many of us are starting to think of projects around the house that need to be done. Sure, a lot of us have done various home improvement projects over the past year since we haven’t been able to go anywhere, but now is the time to turn to cleaning. These are the tasks we tend to procrastinate about, because let’s face it, these are the ugly, dirty jobs. And unless you have a septic tank that needs some serious maintenance, I don’t think there are many jobs worse than cleaning the refrigerator. The refrigerator has been compared to a nuclear disaster by some. My husband says “it’s time to clean out the science experiments.” Who knows, there just might be a cure for Coronavirus in that container of leftover broccoli-cheese soup that’s been there since Saint Swithen’s Day. Or maybe not.

I wonder if that’s how the Minnesota Wild feel about playing the Vegas Golden Knights who now have a complete roster. Yeah, did you know that the 3-2 shootout victory on Thursday was against a Vegas team missing essentially a line of forwards? I guess I didn’t realize that. But yeah, that’s the story. Now, Minnesota has to figure out a way to take out Vegas with a full roster. Right now, Ryan Reeves and Zach Whitecloud are both listed as day-to-day with undisclosed injuries. However, tonight it appears that both with be back or at least they have time to pull players from the taxi squad. And in the case of Vegas, their AHL affiliate is in Henderson, Nevada, which is literally just outside of Las Vegas proper. It’s not a game I think anyone on the Minnesota side of things is really looking forward to.

I’m thinking Cam Talbot will get the start tonight. He was truly lights out against Vegas on Thursday. If anyone would be frustrated with that start, it would be Vegas’ Keegan Kolesar, who was robbed not just once, but twice. Some of the stops that Talbot made on Thursday were beyond crazy. But in the case of Kolesar, Talbot looked like a goaltending god. The reactions on Kolesar’s face both times, pretty much spoke for the entire Knights roster. Something tells me that the feeling Vegas has when they have to play Minnesota, is how Minnesota feels when they have to play Colorado. You simply don’t want to do it. I’m not quite sure why the Wild seem to have Vegas’ number, when so many other teams struggle against the Golden Knights. Although, I would say that too will change at some point. Remember back to the early days of the franchise, but a game against Boston was almost a sure bet for a win for the Wild. Not so much anymore.

Then there are the tasks that some people love to do and others loathe those same tasks. Trust me, there are people out there who absolutely love cleaning and organizing. These people love watching Marie Kondo do her minimalist style organizing. These types also are the ones who don’t let things get cluttered in the first place. Kondo asks her followers “does this item make you feel joy?” Well I’m going to go a bit Kondo, even though I hate cleaning. I don’t know about you, but seeing Ryan Suter on the ice as much as he is and on the power play, doesn’t make me “feel joy.” Someone in the front office and coaching staff needs to feel brave enough to say “it’s time to limit his ice time.” Yes, I know he gets paid the big bucks, but just because we foolishly gave him the money doesn’t mean we need to treat him with kid gloves. He has a hard time keeping up with the opposition’s skaters, when we need him to. He’s slow on his line changes. Also, we need to find a way to move him from this team. However, he’s too comfortable in Minnesota for that to happen. Where else can he play where he’s best friends with the team’s owner? Oh that’s right, nowhere. Because remember, when he played in Nashville, the owner there at the time was Craig Leipold. Too bad, Leipold couldn’t sell the team and then buy Seattle.

It would be nice the Wild could find a way to sweep the Golden Knights on this particular series. It’s nice when you do get things cleaned up. It’s hard work, but there’s a sense of accomplishment in getting the task completed. Unfortunately though, there are times when we only have the ability to half complete jobs. Or your need for a nap on a Saturday afternoon overtakes one’s desire to clean.