The Green Bay Packers have been blessed with some of the greatest defensive ends in NFL history. Hall of Famers like Willie Davis and Reggie White have been outstanding at rushing the passer and playing the run and both helped lead the Packers to Super Bowl championships.

But who are the best defensive end duos in Packers history? These are players who worked together at the defensive end position to give the Packers a high level of play.

Pass rushing is a big part of how defensive ends are judged but run defense is taken into consideration as well when determining the overall rankings.

For this list, edge rushers who are outside linebackers are not eligible. So, Za’Darius and Preston Smith, who were both so good at rushing the quarterback in 2019, are not on this list because they lined up at OLB rather than defensive end in the Packers defense.

Williams and Roche were the Packers defensive end duo for much of the 1970s and the two provided the Packers with good run stopping ability and they both also had the ability to rush the passer. 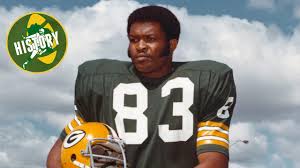 “Big Cat” came up big in the Packers NFC Central Division-clinching win over the Vikings in Minnesota in 1972, sacking Fran Tarkenton three times in that game. He also scored a touchdown on a fumble recovery in the Packers 21-17 victory over the Bears at Lambeau Field that season.

Roche came to the Packers in a trade with the Broncos and started at defensive end for the Pack from 1972 through 1976. He tied for the team lead in sacks in 1976 with 8.5. 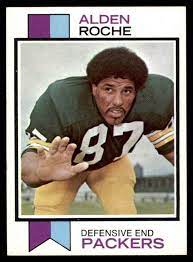 Roche was a hard-working player who exceled against the run and provided steady pass rush as well. This duo helped the Packers finish 10-4 and win the NFC Central in 1972.

KGB had four consecutive seasons of 10 or more sacks for the Packers from 2001-2004 and continued to pressure opposing passers for Green Bay through the 2008 campaign. 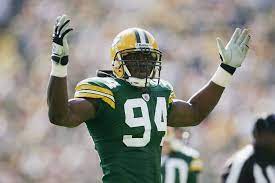 Gbaja-Biamila weighed only 250 pounds but he was extremely fast off the edge and used his quickness to get an edge on offensive lineman to reach the quarterback. 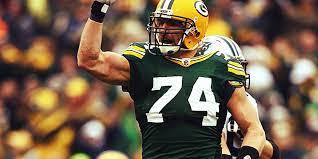 Cullen Jenkins teamed with this duo for a couple of years to give the Packers even more depth and talent at the position.

The Packers had two first-round selections in 1977 and used both to draft defensive ends Mike Butler and Ezra Johnson. Butler started as a rookie while Johnson came on in designated pass rushing situations. By 1978, both players were starting and they gave the Pack a steady one-two punch at DE for six years.

Johnson’s best season came in 1978 when he recorded 20.5 sacks (although sacks were not an official statistic until 1982) and made the Pro Bowl. The Morris Brown alum had great quickness off the edge and opened that season with a five-sack performance against the Lions in Detroit. 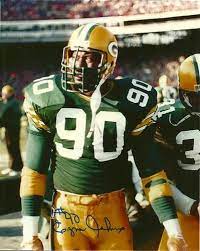 Butler used his strength and power to pressure opposing quarterbacks. He set a Packers record in 1979 when he recovered a fumble and ran it back 70 yards for a touchdown in the Packers 19-7 win over the Vikings at Milwaukee. 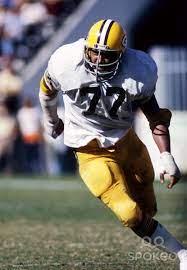 Butler remained with the Packers through the 1982 season before spending two years in the USFL. He returned for one final season with the Pack in 1985.

The duo helped the Packers reach the playoffs in 1982 and gave opposing quarterbacks a double dose of trouble in the late 70s and early 80s.

Hall of Famer Willie Davis joined the Packers in 1960 in a trade with the Cleveland Browns. Davis was a five time Pro Bowl selection and a five-time All Pro. He was a leader on and off the field for the Packers during the Lombardi Era.

Davis earned the nickname “Dr. Feelgood” for his smile and sense of humor, but on the field, he was a dominant player who used both quickness and intelligence to get to the quarterback. 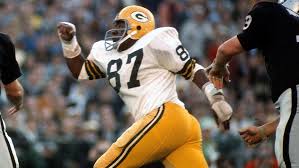 After the 1969 season, Davis retired from football and went on to a successful business career. He also later served on the Packers board of directors. He passed away at the age of 85 in 2020.

Aldridge joined the Packers in 1963 after a successful college career at Utah State. He started as a rookie and kept that job at right end through the end of the 1971 season. 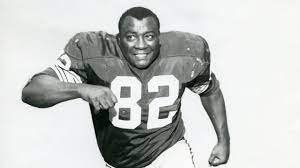 In 1964, Aldridge recovered five fumbles and returned one of them for a touchdown. He was a big part of the Packers three straight NFL championships from 1965-1967 and was credited with a sack in the 1966 NFL Championship Game win over the Cowboys.

After retiring from football, Aldridge became a sportscaster. Mental health issues caused him significant problems but he was able to get his life back on track with a proper diagnosis and medication. He later became a spokesman for the homeless and mentally ill. He died in 1998 at the age of 56.

Davis and Aldridge were champions on and off the field. They gave the Lombardi-Era Packers a dynamic and talented pair of defensive ends for seven seasons.

Reggie White joined the Packers in the first year of modern NFL free agency in 1993. He played six seasons with the Packers and earned Pro Bowl honors in all six. White helped Green Bay immediately by signing with a team in the NFL’s smallest market as the league’s first big free agent. His signing also helped improve the image of Green Bay as a place where African-American football players would want to play. 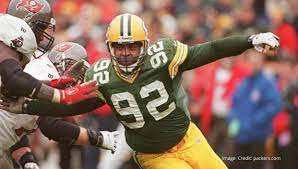 White gave the Packers defense instant credibility and took a young, up and coming team to a new level. The Packers won their first Super Bowl in 29 years after the 1996 season and White was a big part of it. He recorded three sacks against the Patriots in Super Bowl XXXI. He also helped lead the Packers back to the Super Bowl the following season.

White recorded 16 sacks in 1998 but then announced his retirement from football. The Packers reached the playoffs all six seasons he was with the team.

White passed away suddenly at the age of 43 in 2004. He was inducted into the Pro Football Hall of Fame in 2006 and is largely considered one of the best if not the best defensive end in NFL history.

Jones joined the Packers in 1994 and for three seasons, he gave the Packers an outstanding pair of bookend pass rushers. He recorded 10.5 sacks in his first season in Green Bay and followed that up with nine the following season. Jones scored a touchdown on a fumble recovery in 1995 in Green Bay’s Week 8 win over the Vikings. 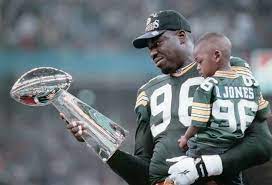 In eight playoff games with the Packers, Jones added four sacks including two against the Atlanta Falcons in the 1995 playoffs.

Jones retired after the 1996 season and his last NFL game was the Packers 35-21 victory over the Patriots in Super Bowl XXXI.