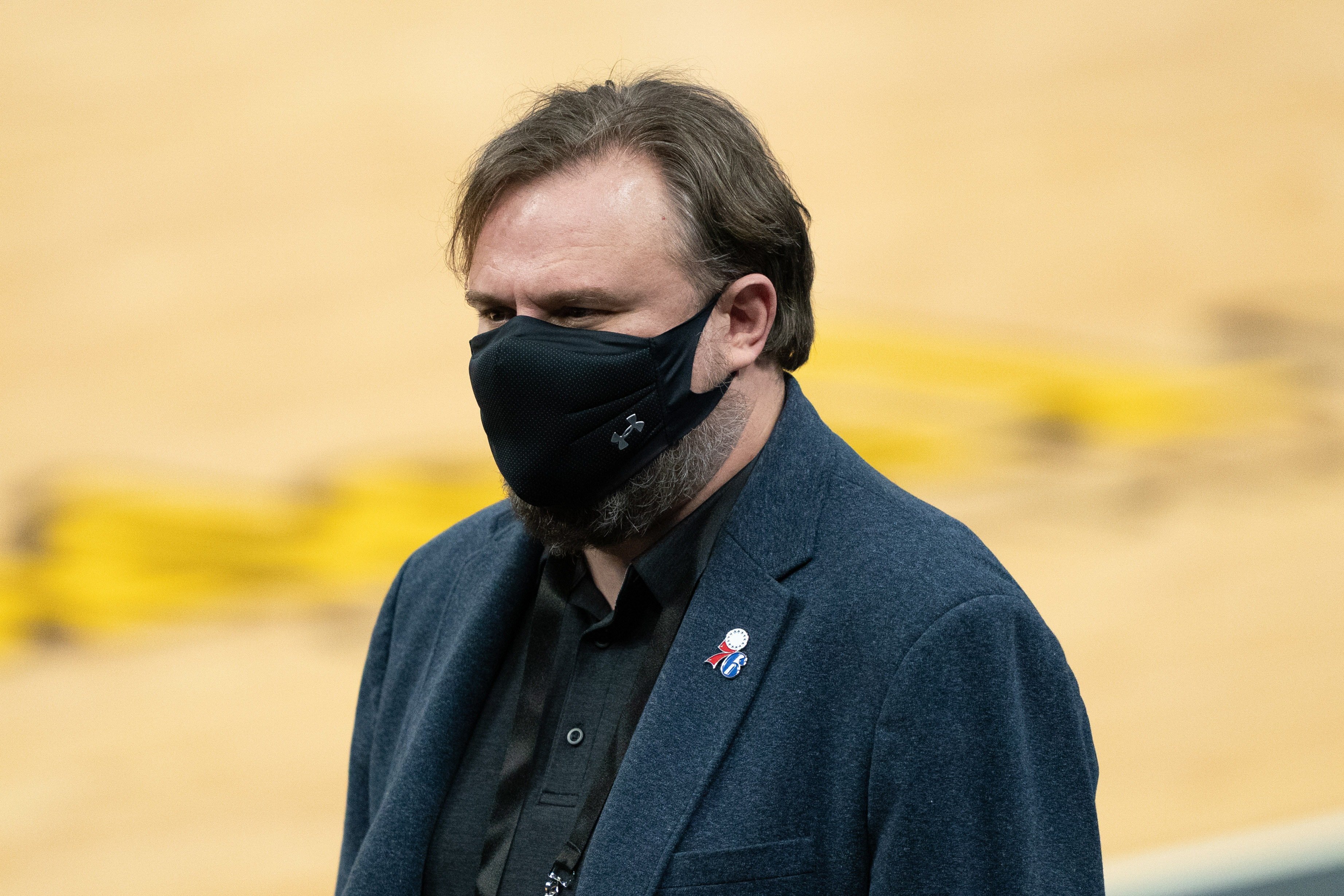 Daryl Morey may be known for his “Moneyball” concept to team building — stretching the floor with perimeter shooting, and completely avoiding midrange jumpers — but that doesn’t necessarily mean he’s a fan of what the game has become.

The great coaches and executives understand that it’s best to be aware of the latest trends in sports, and rather than complaining about them, to build a team around them. If you can’t beat them, you’ve gotta join them, and Morey knows all too well about that. The “three-and-D” Warriors teams routinely knocked his-then team, the Rockets, out of the playoffs, likely costing Houston a title. And so Morey was faced to build his teams the same way.

He’s employed a similar strategy since taking over in Philadelphia, adding perimeter shooters like Seth Curry and Danny Green to build around the team’s impressive frontcourt, and it’s worked. as the Sixers have sat atop the Eastern Conference standings for the majority of the season. Had Embiid not gotten injured, they likely still would be, as they currently trail the Nets by a half-game.

What’s interesting, though, is that while Morey may build his team around the three-point shot, he doesn’t necessarily think its level of importance is good for the game. Many teams chuck up shots from the perimeter, given that they count for three points, rather than old-school, grind-it-out play in the paint, and Morey believe it’s not great for the sport.

“A lot of people don’t like how the game looks right now,”  he said on “The Dan Le Batard Show with Stugotz,” as transcribed by Yahoo Sports.” I actually have empathy for that. Basically, when they put the 3-point line in, they made it worth three. The bottom line is it is worth too much. It skews the game, and it makes it so there’s only one, really only one path to being a good team. You have to be utilizing that at a high level.

It’s a real challenge for the league, and I think it’s something that will be addressed over the next three to seven years.

One thing that league offices need to realize is that, because teams are getting smarter and smarter – they just are. I mean, obviously, there are exception teams, and you guys talk about them, laugh about them. But the reality is, in general, teams are getting smarter over time. Our jobs are just to win. So, you’re going to look for ways to optimize relative to the rules we’re given. And so league offices need to be more active, more active than they’ve been in the past.”

We completely agree with his take, and would love to see teams get back to working back to the game’s roots — inside-outside play — with more activity in the post.