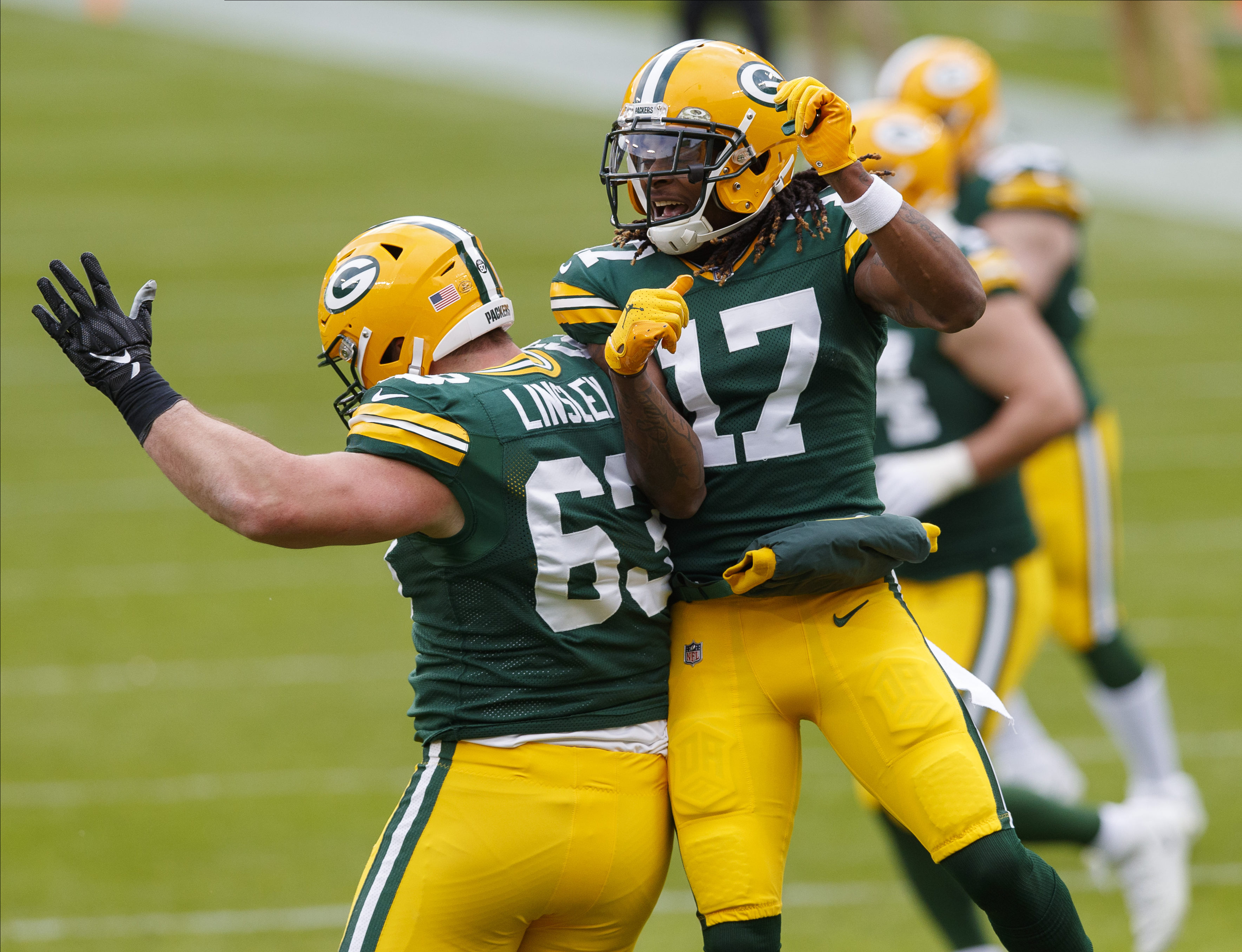 A year ago, the Green Bay Packers were facing the potential loss of many starters in free agency after the 2020 season. The group included OT David Bakhtiari, C Corey Linsley, RB Aaron Jones, DT Kenny Clark and CB Kevin King, among others. Through a series of moves that started last season, the Packers were able to re-sign all those key starters except for Linsley who signed a free agent deal with the Los Angeles Chargers.

Next year, the list of potential free agents is much shorter. The biggest name on the list is All-Pro wide receiver Davante Adams.

Adams was one of the best receivers in football last season. Despite missing two full games due to injury, the former Fresno State star set a Packers franchise single-season record with 115 receptions for 1,374 yards and a league-leading 18 touchdowns.

The Packers have indicated they would like to work out an extension with Adams and rumors are that the negotiations between the Packers and their top receiver are ongoing.

Here are five reasons the Packers should sign Adams to a contract extension sooner rather than later:

The Packers had to do a lot of juggling to many contracts to get under the 2021 salary cap. Players who had their contracts restructured or extended just for the Packers to be cap compliant at the beginning of the new league year included Adrian Amos, Preston Smith, Za’Darius Smith, Bakhtiari and Billy Turner.

The Packers still need to sign this year’s draft choices and they need some space under the cap to sign players during the season when injuries strike or a position needs upgrading. In addition, Green Bay would still like to add a veteran free agent or two at some positions to add short-term depth to the roster.

Currently, Adams is scheduled to have a cap hit of more than $16.7 million in 2021. The Packers could lower that number significantly if they sign him to an extension by having some of the new money count as a signing bonus that can be spread out over the length of the new contract. Most of the salary part of the contract could be spread to the years after the NFL’s new media contracts kick in and the cap is expected to go up significantly.

Adams is 28-years-old right now and is in the prime of his career. He probably has four or five years left to play at his peak.

He has made the Pro Bowl in each of the last four seasons and was named All Pro for the first time after the 2020 season. Right now, Adams is considered one of the best if not the best receiver in football.

Adams does not rely so much on pure speed to get open so he should age well for a receiver. He is an excellent technician and route runner and has superb body control that helps him keep opposing defenders guessing and off balance.

If the Packers sign their star receiver to a four-year extension, they will lock him up for the remainder of his prime years.

While the Packers have some solid players on the depth chart behind Adams at wide receiver, they do not have any players that come close to Adams’ talent level and the amount of trust quarterback Aaron Rodgers has in him.

Marquez Valdes-Scantling, Allen Lazard, Devin Funchess and Equanimous St. Brown are all solid role players, but none of them can be considered a legitimate WR1 at this stage of their careers.

If the Packers lose Adams after the 2021 season, their receivers go from being good to average at best. Even with Matt LaFleur’s offense scheming receivers open, this would be a dangerous falloff in talent for the Packers at a position where they cannot afford to lack elite talent.

Many members of the media have indicated Rodgers is unhappy with the Packers failure to obtain more quality weapons for the Green Bay offense in recent years. If that is true, he would be more frustrated and disappointed if he lost his favorite target.

Rodgers had this to say about Adams last November on the Pat McAfee show:

“The beauty in a player like that is he’s a better person than a player, and that’s saying a lot. Never been an issue,” Rodgers explained. “And you’re talking about a highly competitive, highly-talented guy, with a strong ego and a desire to be great, who has never been an issue in the locker room, bitching about balls, targets, never. He’s a dream to play with. You’re talking about an elite talent who can also be a leader and one of your best guys on the team as far as people. That’s kind of unheard of in this league. I’m just thankful to have him.”

If you take away Rodgers favorite and most reliable target after the 2021 season, Rodgers will almost certainly have one more reason to feel like the team isn’t “all-in” and trying to build a championship caliber roster around him.

If the Packers do trade Rodgers after the 2021 campaign and 2020 first-round pick, Jordan Love takes over at quarterback, Love’s chances of succeeding in that role go down significantly if the Packers lose their most talented receiver.

It would also likely cost the Packers a first-round draft choice and a high-priced free agent if they need to replace Adams.

The underlying rule in professional sports is that the price of signing players only goes up. If the Packers wait another year to sign Adams, not only do they run a greater risk of losing him, but the cost of signing a top-flight receiver will only get higher, costing the Packers more money.

For example, the franchise tag on a wide receiver was $15.983 million this season and that was after the cap went down due to the Covid-19 pandemic. In 2015, the cap hit for a receiver receiving the franchise tag was approximately $12.8 million. That’s an increase of roughly 20 percent over six years.

Each year, a new potential free agent wants to be the highest paid receiver in football and refuses to sign a new deal unless that mark is met.

The longer the Packers wait to sign Adams, the more the annual cost of the contract is likely to be. So, if GM Brian Gutekunst can ink the team’s star receiver to a new deal sooner, the cost will be lower for the team.