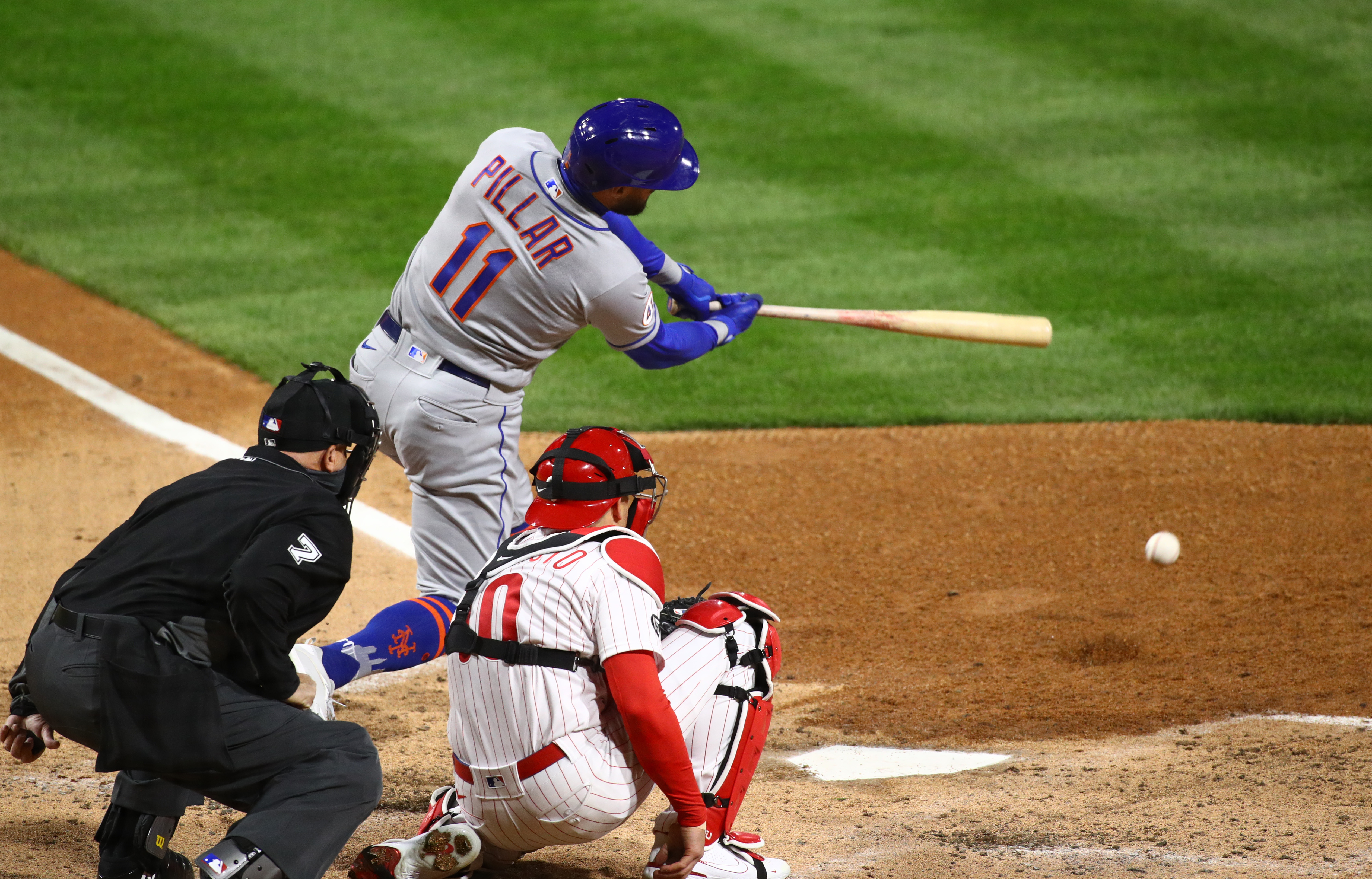 My Opening Day posts usually have more fanfare than the what this one is about to provide. Then again, Opening Days in general have more fanfare than what this one provided, thanks to Major League Baseball wiping out the Mets/Nationals series due to the Nats’ COVID outbreak instead of making them use their taxi squad from their alternate site, because obviously those exist for no reason whatsoever.

This game, which was the Mets Grand Opening and a very non descript Game 4 for the Phillies, was pointed in the wrong direction in the 4th inning. The Mets grabbed a 2-0 lead thanks to RBI singles by James McCann and Jacob deGrom, and had the bases loaded for Kevin Pillar. Matt Moore, who hadn’t pitched in two seasons was yanked from the game for a righthander. Now keep in mind that Rojas had Pillar in the game because of the way he hit lefties:

Here is Mets manager Luis Rojas on the decision to start Kevin Pillar over Dominic Smith on Opening Day: pic.twitter.com/jgz3lJ3Ob5

Pillar is significantly better against LHP in his career, and was way better against lefties in 2020, albeit while reaching numbers in a short season that were probably unsustainable. So with the righty in, it was the perfect time to go to Dom Smith and go for the throat. When you consider that Smith’s defensive deficiencies are muted in a short ballpark like Citizens Shoebox, and that you have another outfielder you can go to for defense in Albert Almora, you can afford to do this. But Rojas stuck with Pillar and paid the price as Pillar grounded into a double play to end the threat. 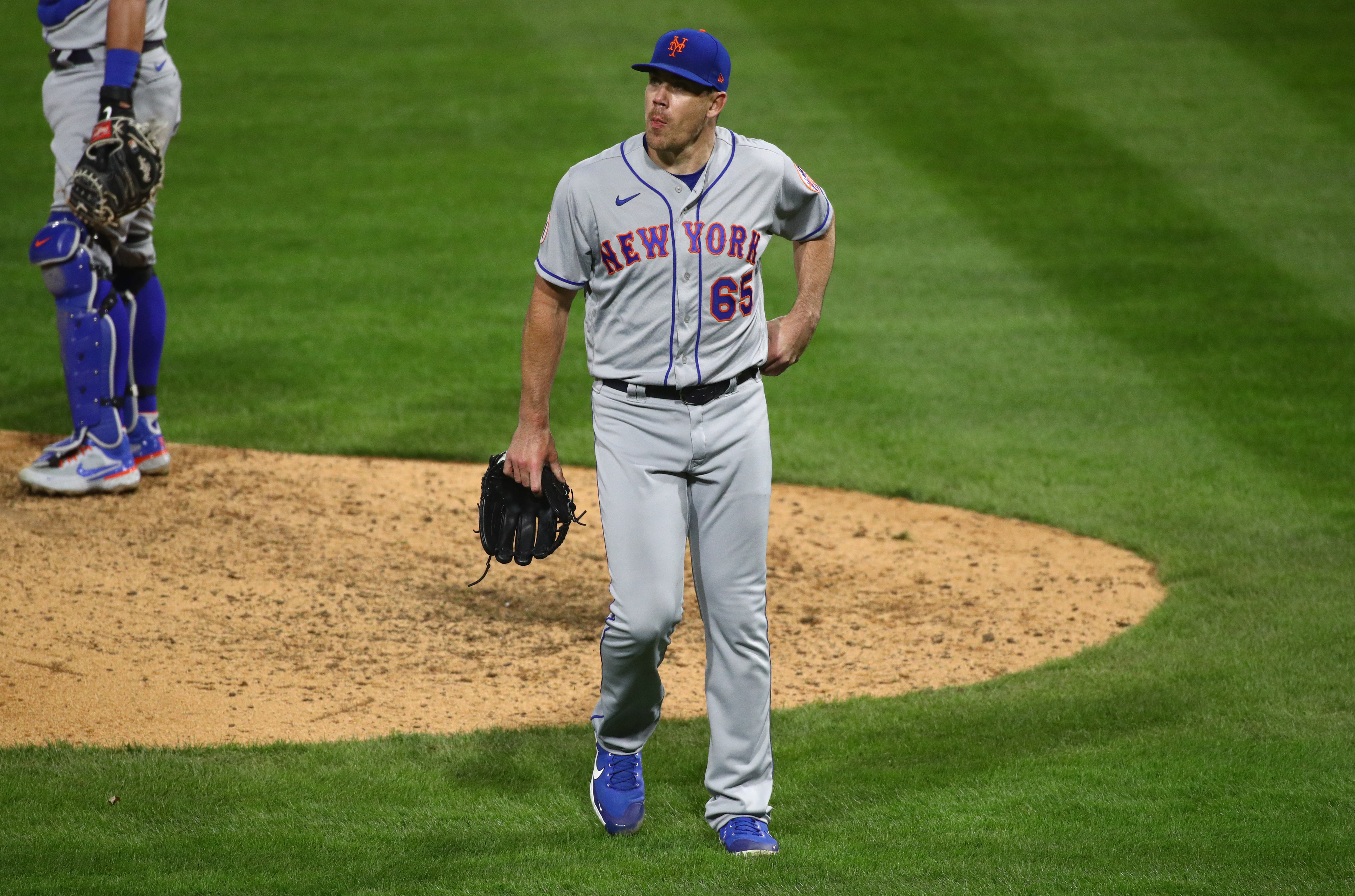 Jacob deGrom was his normal stellar self in his six innings of work, striking out seven, giving up three hits, and throwing 50 strikes out of 77 pitches. While some had a problem with the early pull, being conservative with your ace on Opening Day is prudent, and I don’t think throwing him for a 7th inning would have made a difference tonight. If the Mets defense doesn’t bail out Miguel Castro in the 7th, then maybe. But when it comes to deGrom, I’m fine with playing the long game. In all honesty, the Mets should have found a way to stop the count after deGrom metaphorically told Randy Quaid to shove it up his ass.

The problem here is that Trevor May, an elite middle reliever, wasn’t elite on Monday night. He came in for the 8th and struck out the leadoff hitter, but then gave up a single to Brad Miller, a walk to Andrew McCutchen, and a single to Rhys Hoskins to load the bases. Remember, I tabbed Trevor May as someone who would be a key to the season. Unlocking the door to the gates of hell with that key wasn’t what I had in mind here. 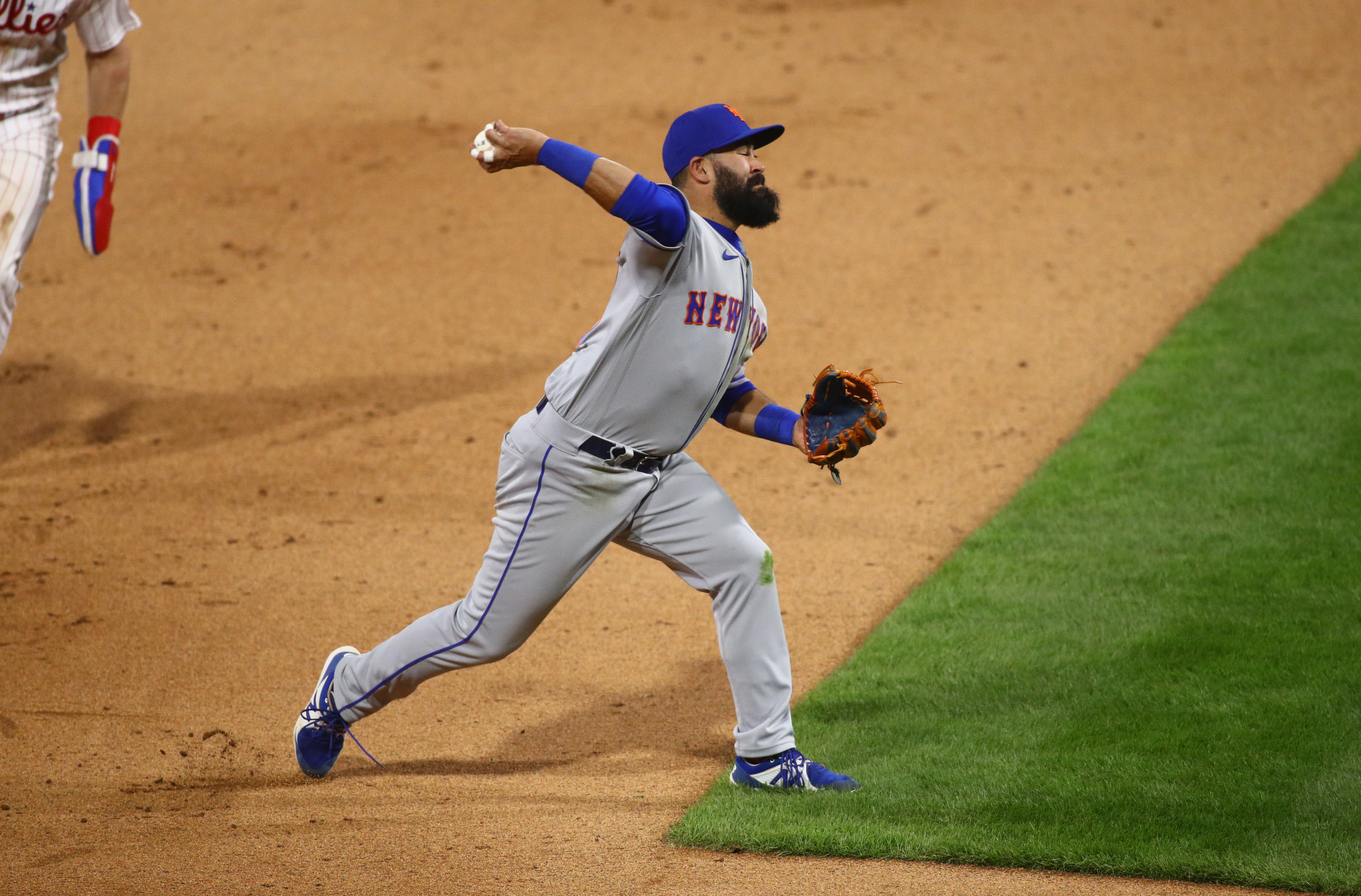 Then while visiting hell, Aaron Loup relieved May and served us hot soup. hitting Bryce Harper to bring home one run and then giving up a single to Rhys Hoskins which tied the game. The bad news was that Loup still had to face another hitter because Rob Manfred wants to speed up the game. The good news is that he got Alec Bohm to tap to third base, where Luis Guillorme was in for defense. The bad news was that Guillorme and James McCann turned a 5-2 putout into lunch at Faber College, and two runs scored on the error to give the Phillies a 4-2 lead. After a sac fly to make it 5-2, the Mets teased everyone in the top of the ninth, scoring a run and bringing Pete Alonso to the plate as the go ahead run, but he flied to right to end the threat and the game.

The Mets will be fine, I’m sure. Or maybe I’m just telling myself that to get through an agita filled summer. But one thing this game does show you is how crucial this bullpen is going to be towards either success or failure. And it also shows you that if you finally have depth in your organization for the first time since the 80’s then maybe you should use it.