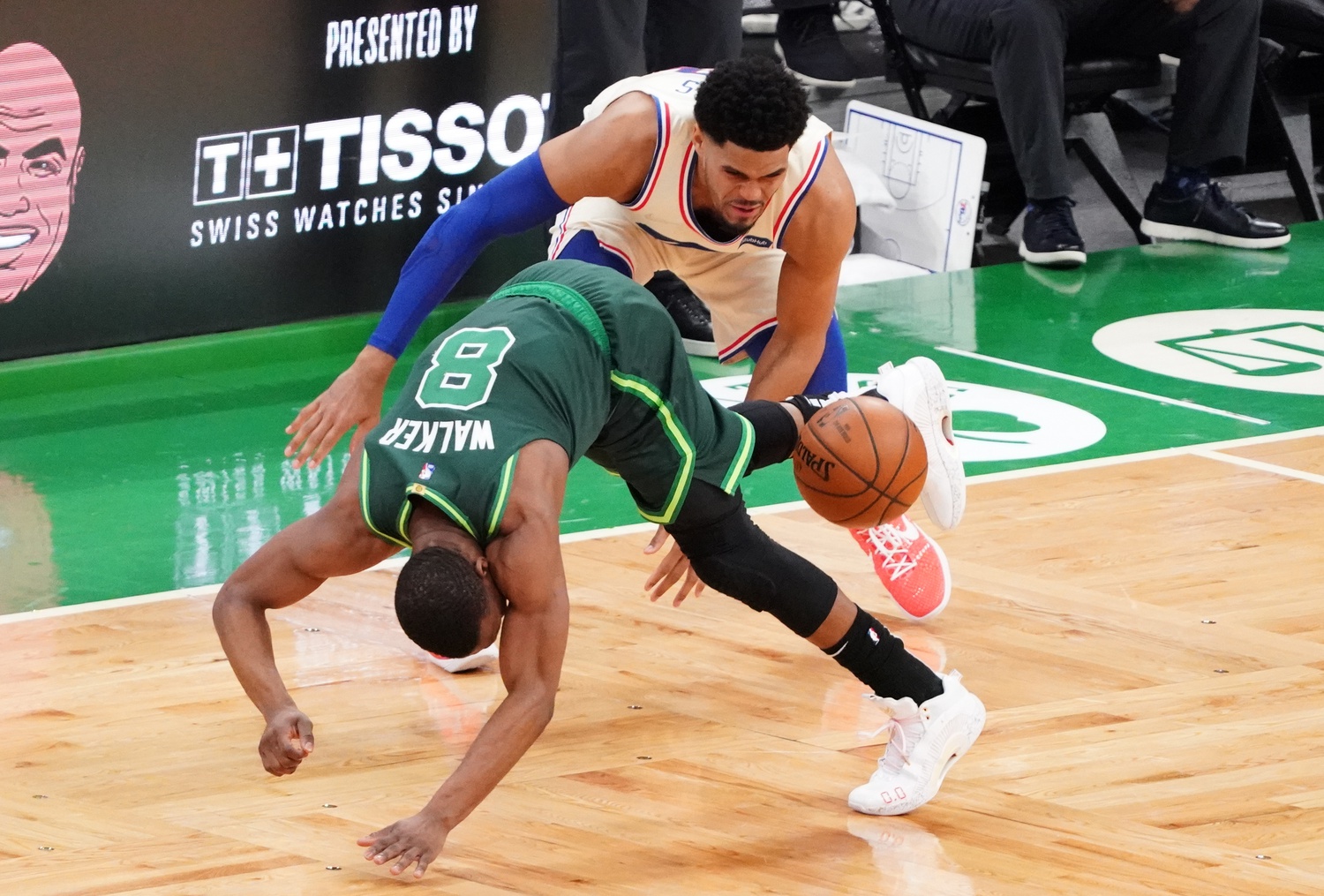 The Covid-cursed Celtics (no Evan Fournier and TT) did not have the focus, intensity, or talent tonight to match Philly’s brute force and buzzsaw defense. The result was a 106-96 loss. The game was not that close.

Rob Williams’ streak of superb play came to a screeching halt as he was no match for Joel Embiid (35 points) or anyone who threw an up-fake. Williams had 3 fouls in his first five minutes and was a non-factor.

Boston led early in the 2nd quarter (35-31) thanks to some hot three-point shooting, but that dried up once Philly ratcheted up the defense. The Cs wilted, surrendered a 21-2 run and this game was never close again. Jayson Tatum (20 points, 7-17 FG), Jaylen Brown (17 points), and Kemba Walker (14 points, 6-14 FG) couldn’t figure out the Philly defense. (Can Kemba please stop dribbling in circles?)

bottom of the net!! pic.twitter.com/XB6JUyNMYW

I feel the need to point out the Cs gained on Philly during the Embiid/Kornet minutes.

13-0 Sixers run. Cs were hanging around because Philly was missing some open 3s. Not missing them now.

The Celtics have one field goal in the last seven minutes.

This about sums up the first half for the Celtics … pic.twitter.com/9B627zzgyK

This is the Jayson Tatum "wicked in-and-out dribble" thread. pic.twitter.com/EOYU42Q80d

The Sixers are just feasting in the post right now and it isn't with Embiid, both Simmons and Harris taking it to Brown. pic.twitter.com/phOPTUzlIL

An angry Timelord fouls out with 9:29 left. He had six fouls, nine rebounds and four points in 14 minutes.There will be days like this.

The Sixers have 39 freethrows to Boston's 15, and that's not even an error on the refs' part. Philly did get gifted a few, but they put the refs in a position to call those fouls. Boston just dances around the perimeter all game