Your Morning Dump... Where the C's listened to coach Clinton 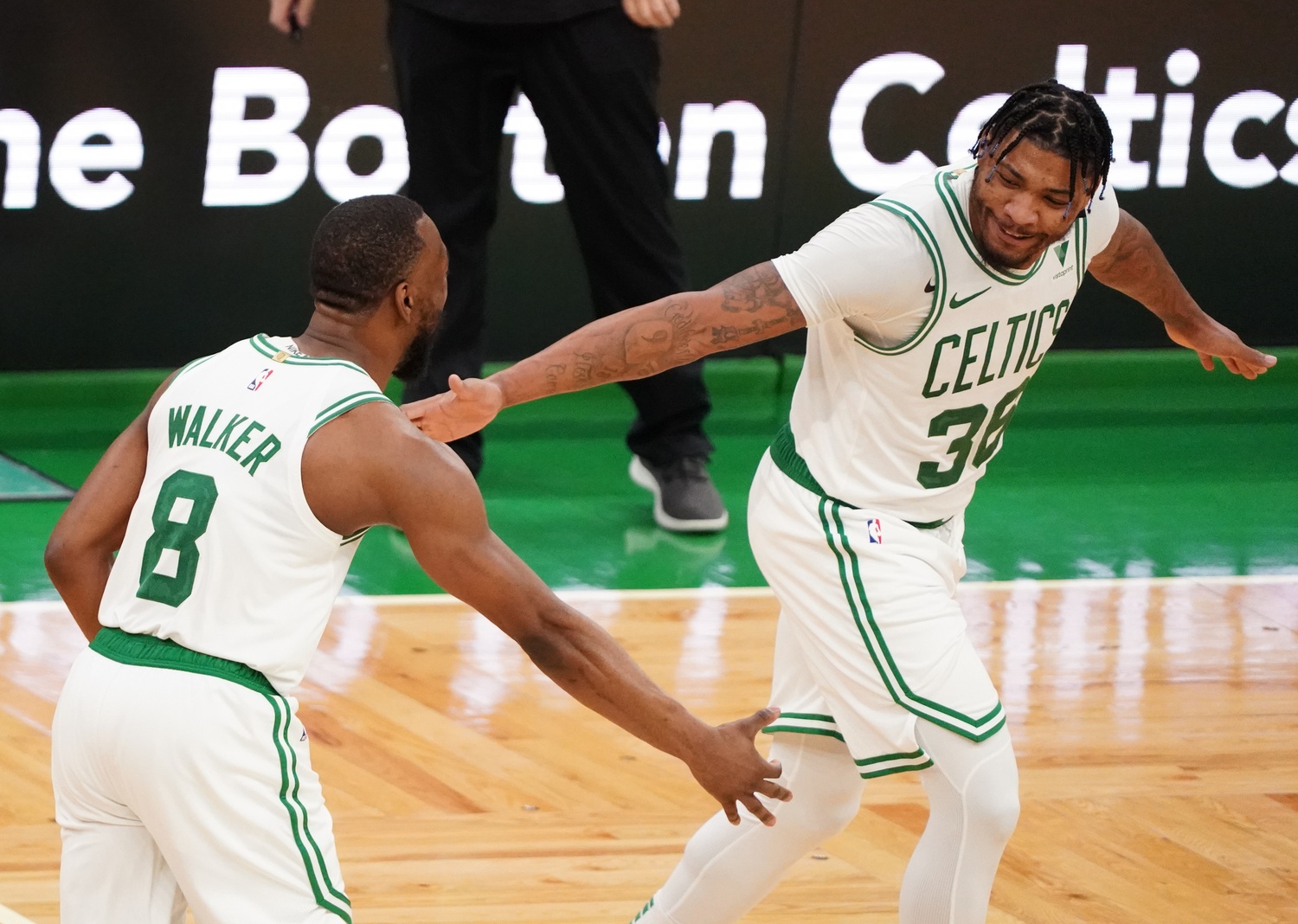 Your Morning Dump... Where the C's listened to coach Clinton

For almost three months, various Celtics fans were wringing their hands over the team’s performance. Some guys were in favor of blowing everything up and starting over. The C’s, we were told, would be better off with a new GM, a new coach and mostly new team.

At the trade deadline, the team’s Heart and Soul was routinely bundled into trade packages for salary matching purposes.

When Ainge did nothing more than pick up a 20 point per game wing and send out enough guys to create an extra roster spot and dodge the luxury tax, there were small riots. If no tables were actually flipped over, the flipped over table emoji was certainly used.

Guys who have been writing about the C’s for years told us that, at best, Ainge was kicking the can down the street.

And when the C’s had a series of lackluster showings in the aftermath of the trade deadline, even Stevens and Ainge started to voice frustration with the team’s lack of effort.

All along, though, your humble scribe saw things a bit differently. The problem was not the construction of the roster, the character of the coach or the skill of the GM.

The problem I saw was a team that had been ground down by illness, schedule, home and road quarantines, and had almost no opportunity to find a groove.

And a groove can be a real cool thing

Now I’m not saying the C’s ain’t gonna lose a game the rest of the season. But I am here to tell you that there’s not a game on the schedule that they can’t win when they play the way they did on Friday and Sunday. You can say that the win over the Rockets doesn’t count because, well, the Rockets are openly tanking.

And you can say that the win over the Hornets doesn’t count because the Hornets were without Lamelo Ball and Gordon Hayward—but by the same token, there’s been a ton of games this season where the C’s were playing without two of their best players, and those losses still count as losses, and so Sunday’s win still counts as a win.

Something clicked last week. I don’t know what it was—and I don’t think the players know for sure either.

Back in college I was in a band for a couple years because it was the mid-90s and the grunge movement’s stripped down sound was accessible to anyone. We had no intention of going anywhere, it was just something fun to do.

And in two years of performances and practices, rehearsing a gig in the basement of the lead singer’s parent’s house in Pierre sticks in my mind because it was the tightest we ever played. I have no idea why we were so connected on that occasion. It’s a lightning in a bottle kind of a thing. But I know we had something there. I’ve got three guitars—which is basically the bare minimum number of guitars a guy can have: There’s an acoustic, an ‘axe’, and a Gretsch Country Gentleman knockoff, like the one George Harrison played with the Beatles. I don’t play them often on my own because to be honest, I got hooked on being in a band. It’s fun to play guitar, but it’s absolutely fantastic to be part of a band, being locked in on a song and killing it.

The C’s managed to finally latch onto that feeling on Friday, and they went from being a bunch of guys who are individually really good at basketball to being a team that is really good at basketball. As long as they keep that vibe, that crazy crazy connection that you can’t describe in words, but you can definitely feel, that makes you part of something larger than yourself, they’re going to be alright. Better than alright.

Pierce, an NBA analyst for the network since 2017, posted videos of him smoking, drinking, and cavorting with scantily clad women on Instagram Live Friday. It is not clear whether Pierce was smoking marijuana.

ESPN’s decision to fire Pierce for conduct that we all know is a regular part of the lives of a lot of their ‘talent’ simply because he did it on social media has a certain reek of hypocrisy to it, but whatever. Pierce seems to be taking the move in stride:

There is a measure of irony in Pierce’s hashtag too. He’s quoting John 8:32, which is somewhat amusing, given the activities that led to his dismissal from ESPN.