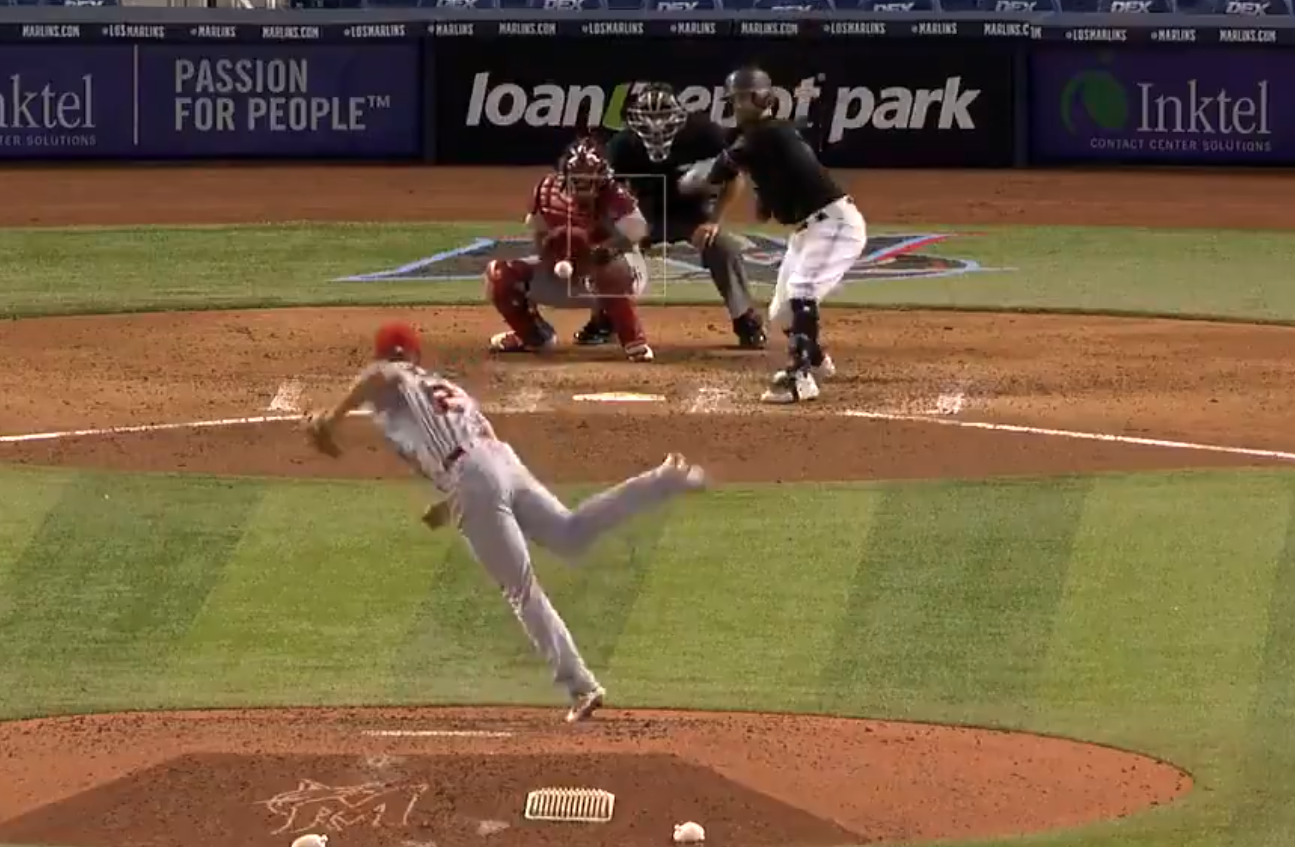 Some call Jordan Hicks the Cardinals’ closer, but we have a different title for him:

Hicks is the hardest-throwing pitcher in MLB right now — a title once occupied by Aroldis Chapman, during his prime years with the Reds and Cubs. But now it’s all about Hicks, who routinely blows hitters away with 100+ mph pitches.

That’s not all, though. What really makes Hicks effective isn’t just his velocity. He’s able to hit his spots — often painting corners — to keep hitters guessing.

He showed that in Wednesday’s game against the Marlins, when he entered the game in the ninth inning, as he usually does. A 7-0 lead allowed him to do what he does best, and one particular hitter was on the opposite end of a 103-mph fastball — barely even getting a piece of it, fouling it off.

Hicks threw a 102-mph sinker with movement, too.