Your Morning Dump... Where the Celtics most always take the easy way out 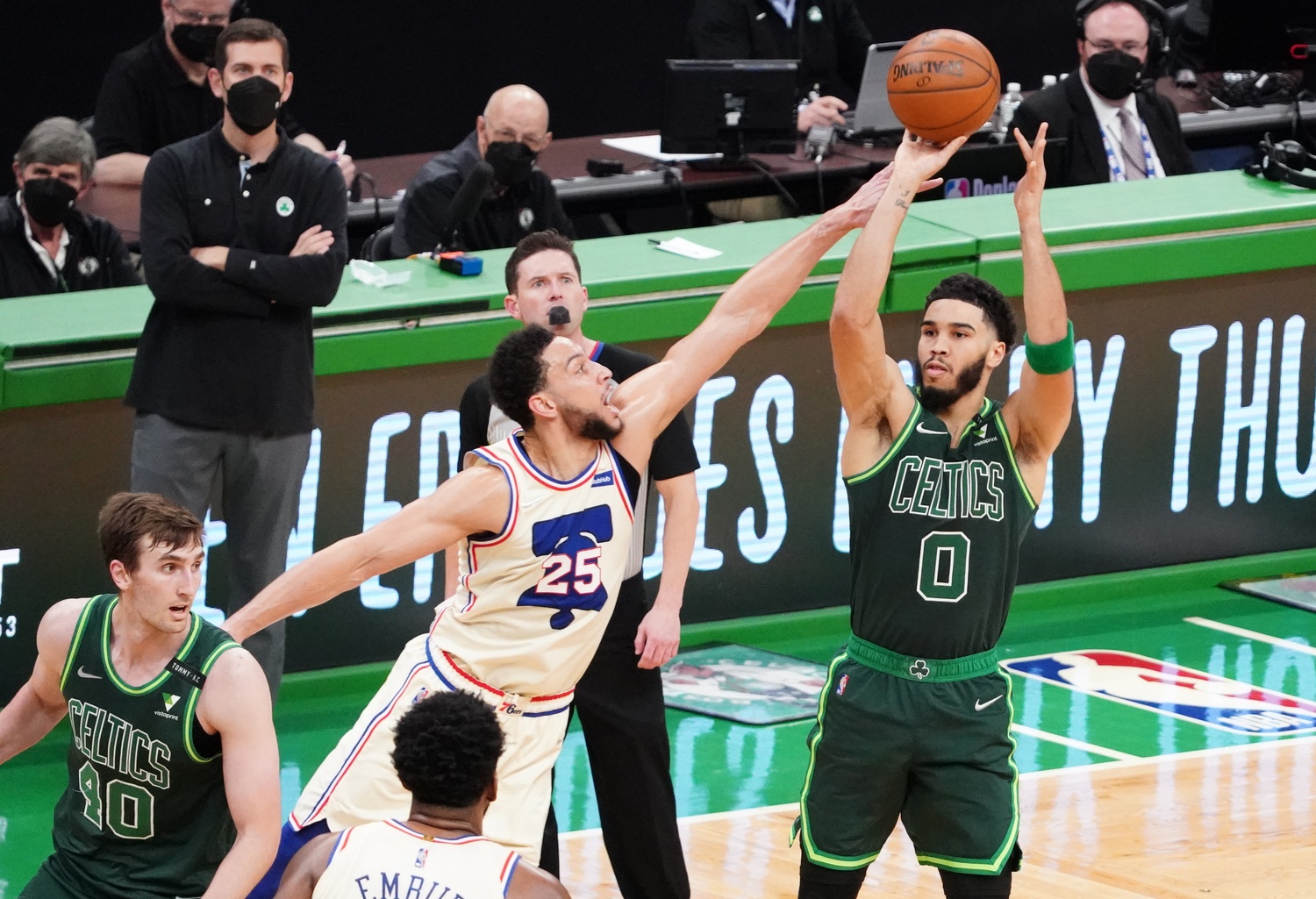 Your Morning Dump... Where the Celtics most always take the easy way out

Of the 27 field goal attempts from Jaylen Brown and Jayson Tatum, 17 were 3-pointers. The Celtics, completely intimidated by Embiid, just stopped attacking the rim. Embiid played 33 minutes and committed one foul, which occurred with 5:50 left in the game and the Celtics down 20.

So they didn’t make Embiid work on defense at all. They settled for 3-pointers or forced themselves into bad shots with indecisiveness. Defensively, the Celtics again fell for all of Embiid’s tricks. He attempted 20 free throws and single-handedly fouled out Robert Williams in 14 minutes.

…The Celtics give the opposing team too many easy points by over fouling, and they aren’t good at drawing fouls. So if they aren’t hitting jumpers, their chances of winning are minimal. And they ran into a team Tuesday that exploited all their weaknesses.

I guess we’re going to keep pointing it out until the Celtics fix it. Their style of play sucks.

While it might feel like going mano e mano against an elite athlete and shooting the ball in his face takes guts, it’s really the easy way out. It’s not surprising to see the Celtics top-ten in Isolation plays, but bottom-5 in FG% in those situations. They’re also bottom-ten in Transition plays and points. God forbid, they run in pursuit of lay-ups.

More often than not, there’s very little cohesion among Tatum, Brown, and Walker.

When things got tough, the Celtics chose to try taking turns on offense instead of trying to get each other the ball.

And where does that get them? Jaylen Brown, Jayson Tatum, and Kemba Walker all end up disappearing for long stretches of the game as two of them wait their turn. It takes away any chance at easy opportunities because the lack of ball movement allows Embiid to park himself defensively and save his energy for the offensive end.

The problem is predictable, yet still maddening.

On Page 2, Fournier is back in Covid protocols.

“I’m not going to get into specifics, but the thing I’d say is I wouldn’t expect to see him this week,” Brad Stevens said before Tuesday’s game against the Philadelphia 76ers.

In an appearance on 98.5’s Zolak and Bertrand on Tuesday, Stevens was asked if he is aware of a stat illustrating that the Celtics have been hit harder by COVID than any other team in the NBA. Per NBC Sports Boston’s Chris Forsberg, the Celtics were at 131 player-days lost through Sunday — 20 more than the next closest team.

“I’m well aware of it. I’m living it,” Stevens quipped. “I said at the beginning of the year to our team, we all have to be on our toes, we all have to be ready to take curveballs. I think I should have said take gut punches, because it’s been like one after another from the health and safety protocols for our team, and I do think we’ve all had our moments, I’ve certainly had mine, but that’s one of the reasons I’ve tried to maintain perspective through our struggles. Because we have been hit pretty hard. …

I don’t usually say this but… I’m ready for the season to end.

Globe: Celtics lack the size to stop Embiid, and other observations