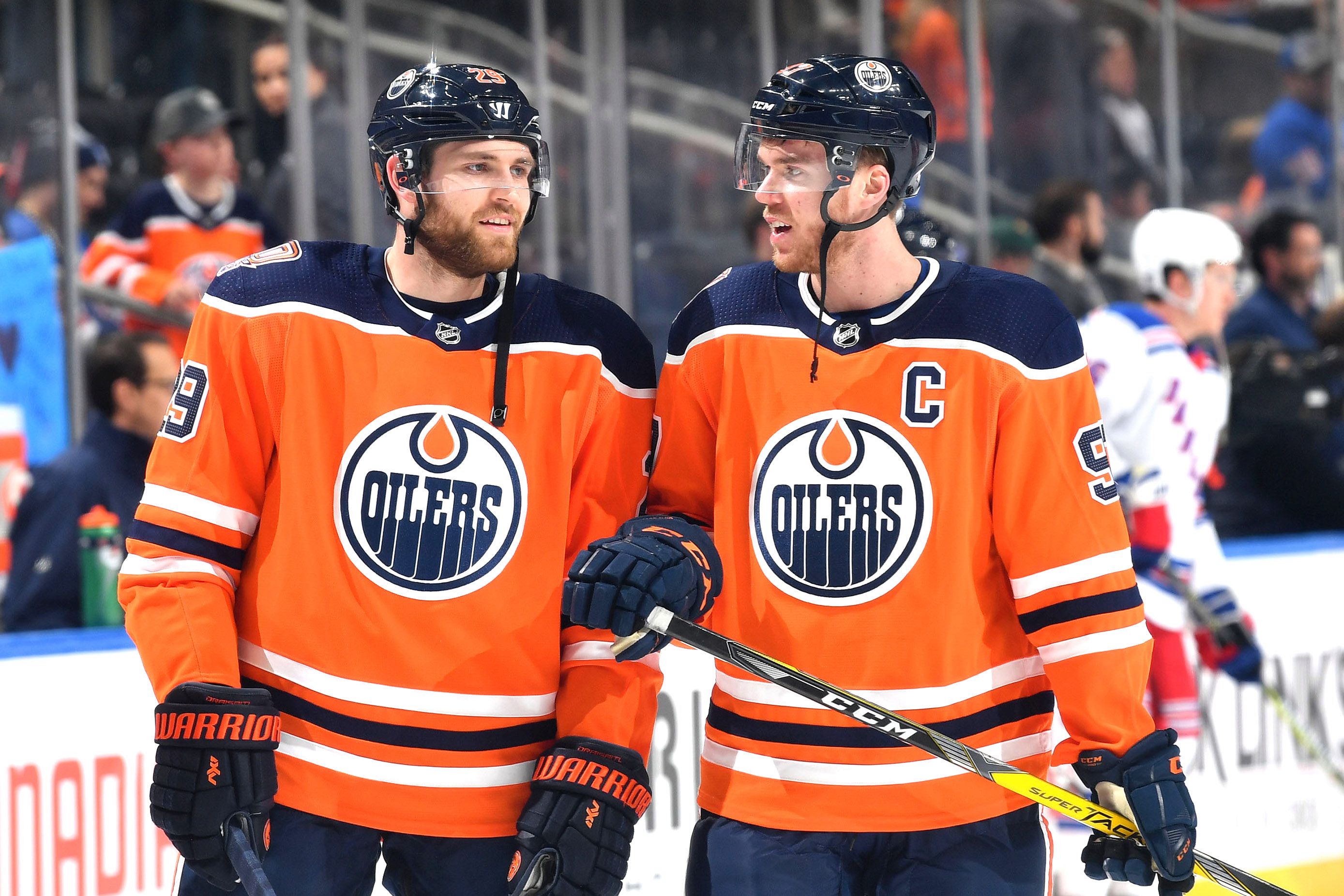 The Edmonton Oilers got three goals from Leon Draisaitl and one from Connor McDavid on Wednesday afternoon as they knocked off the Ottawa Senators in a tight 4-2 game at Canadian Tire Centre. The win, which pushed the Oilers to 8-0-0 against Ottawa this season and 6-2-2 in their last ten overall, was all thanks to the top-line and goaltender Mikko Koskinen.

Edmonton’s depth lines didn’t create much, but it didn’t matter on this day. The dynamic duo of McDavid and Draisaitl did everything the Oilers needed offensively in this one.

“They’re both elite players and they make plays,” Head Coach Dave Tippett said following the victory. “Draisaitl shoots it as well anybody, especially quick off the pass. They play off each other well, find opportunities and capitalize on some opportunities that aren’t normal goals. That’s what top, top players do. We’re fortunate they capitalized on a couple of those tonight.”

Draisaitl’s second goal of the game came from an impossible angle below the goal line, while McDavid’s goal came after nearly two full minutes of sustained pressure in the offensive zone. They were goals that no other line, on either side of this game, could have scored.

Both Draisaitl and McDavid understand how special these goals are, how rare the plays they make are. Even though they seem to do them on a regular basis when together, there is still a mutual respect and awe about their respective games.

“That was a shot that only a few guys in the world can make and he’s one of them,” McDavid said of Draisaitl’s tally from the goal line “He likes shooting from there, I think he’s scored a few times from there. He’s deadly from a lot of areas on the ice and that just happens to be one of them.”

McDavid wasn’t the only one showering praise on Wednesday. Draisaitl had plenty of good things to say about his setup man in McDavid.

“He’s the best passer in the game,” Draisaitl proclaimed of McDavid. “He’ll find those little triangles, those little seams, and it’s my job to find an opening and make it easy for him to get it over there. Then it’s just about being ready and trying to bear down and put it in.”

For one night, the duo was enough for two points. It remains to be seen if they will skate together again tonight in the season finale with Ottawa, but expect fireworks on the ice if they do. It’s not a sustainable way for the Oilers to win, but it’s certainly entertaining to watch them do their thing together.