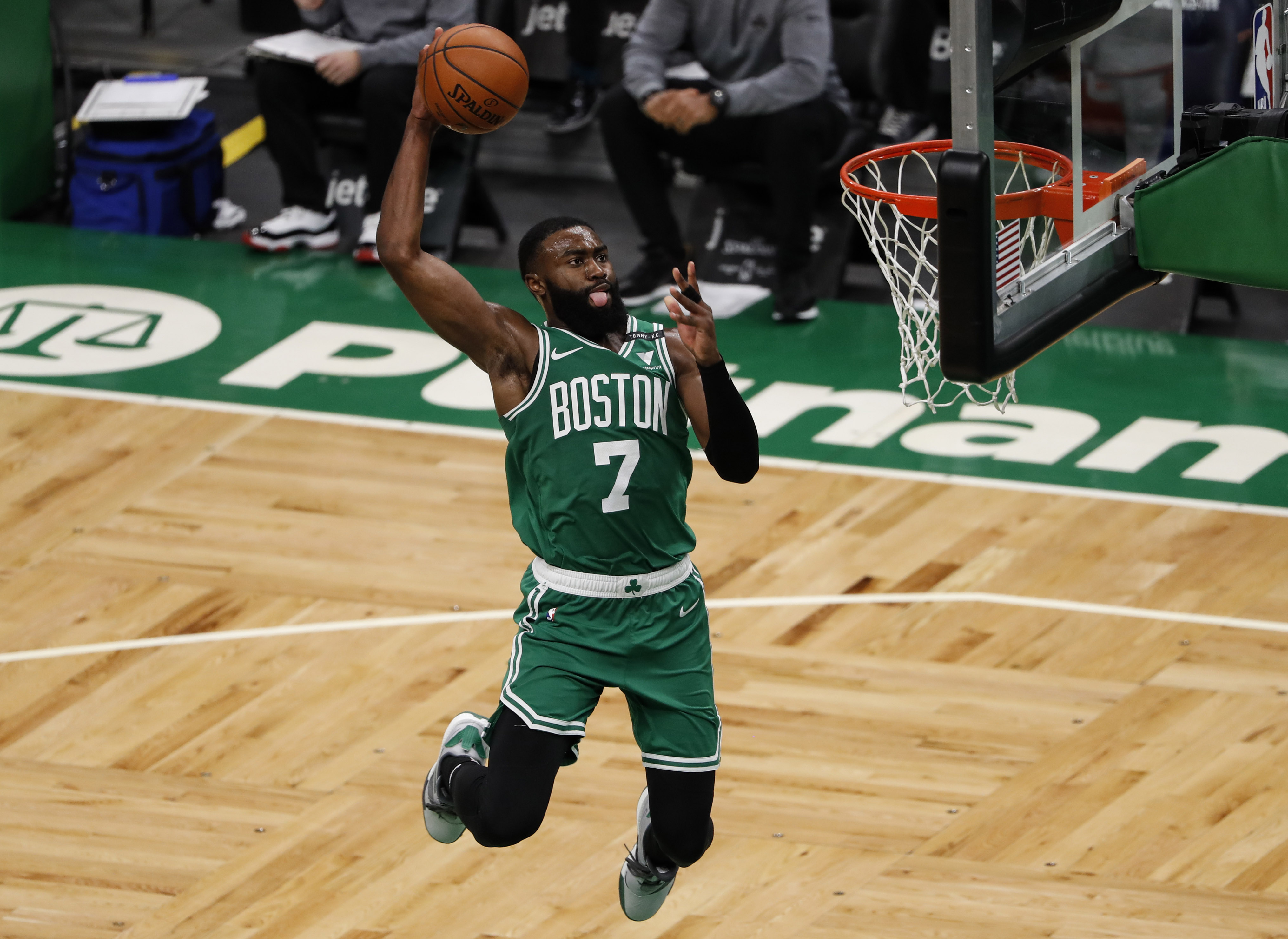 To flail around .500, as the Celtics have for most of this season, is seen as a major failure. Everyone has felt the heat, including Brown and Tatum.

Given the circumstances, Brown wanted to just move on from the loss to Philadelphia and all of the recent backlash.

“Yesterday was a tough one for us,” Brown said. “That wasn’t our best showing. I talked to JT before the game, and we almost had to just forget about everything. I said, ‘Let’s come out and play basketball. Be aggressive and be the best version of ourselves.’”

It wasn’t pretty, but it was gritty. This was one of those games that you just expected the Celtics to lose because of the narrative that has been playing all season. But when it mattered most, the big guys — JT, JB, and Marcus led the Celtics to a good win.

It’s about time, too. I can only imagine what it must feel like to have the questions and criticism swirl around you and your team for months, especially at the ages of 23 and 24. But these boys took it upon themselves to change the narrative and play aggressive team basketball, and it paid off. It was a complete team win, and it started with their leaders.

Smart not only drained those two free throws to slice the deficit to 3, he followed with a go-ahead 3-pointer, offensive rebound and putback with three bigger Knicks surrounding him, and finally the sealing 3-pointer with 36.4 seconds left. Smart scored 14 of his 17 points in the final period, as the Celtics will conclude this seven-game homestand Friday with a chance at a winning record.

Not to mention some big man help…

After the Knicks stretched their lead to 7 points in the third quarter, Thompson and Grant Williams came in and shifted the tone with their physicality, helping spark an important 10-0 run. Thompson finished with 7 points and 8 rebounds in 22 minutes, and the Celtics outscored the Knicks by 24 points during his time on the floor.

This was all done without Kemba and Fournier also. But I believe it is an old Confucius saying that “One good win does not a championship team make.”  It is not what we have seen normally from this Celtic team when they face adversity.

This win is confusing in a lot of ways. This Celtics team doesn’t do these things. They have glass jaws and crumble at the first sign of adversity. They panic.

This isn’t in the script.

This could just be a one-off; a smokescreen of sorts like the ex who comes running back into your life swearing things will be different, only to do the same thing again and make it feel exponentially worse. This could be a big setup. No one would blame you for giving them the squinty side-eye right now.

Or, it could be something.

Let’s see in a few weeks if this is really the turning point in the season that puts the Celtics back on the right path.

Globe: For the Celtics, a possibility of the play-in tournament can’t be dismissed