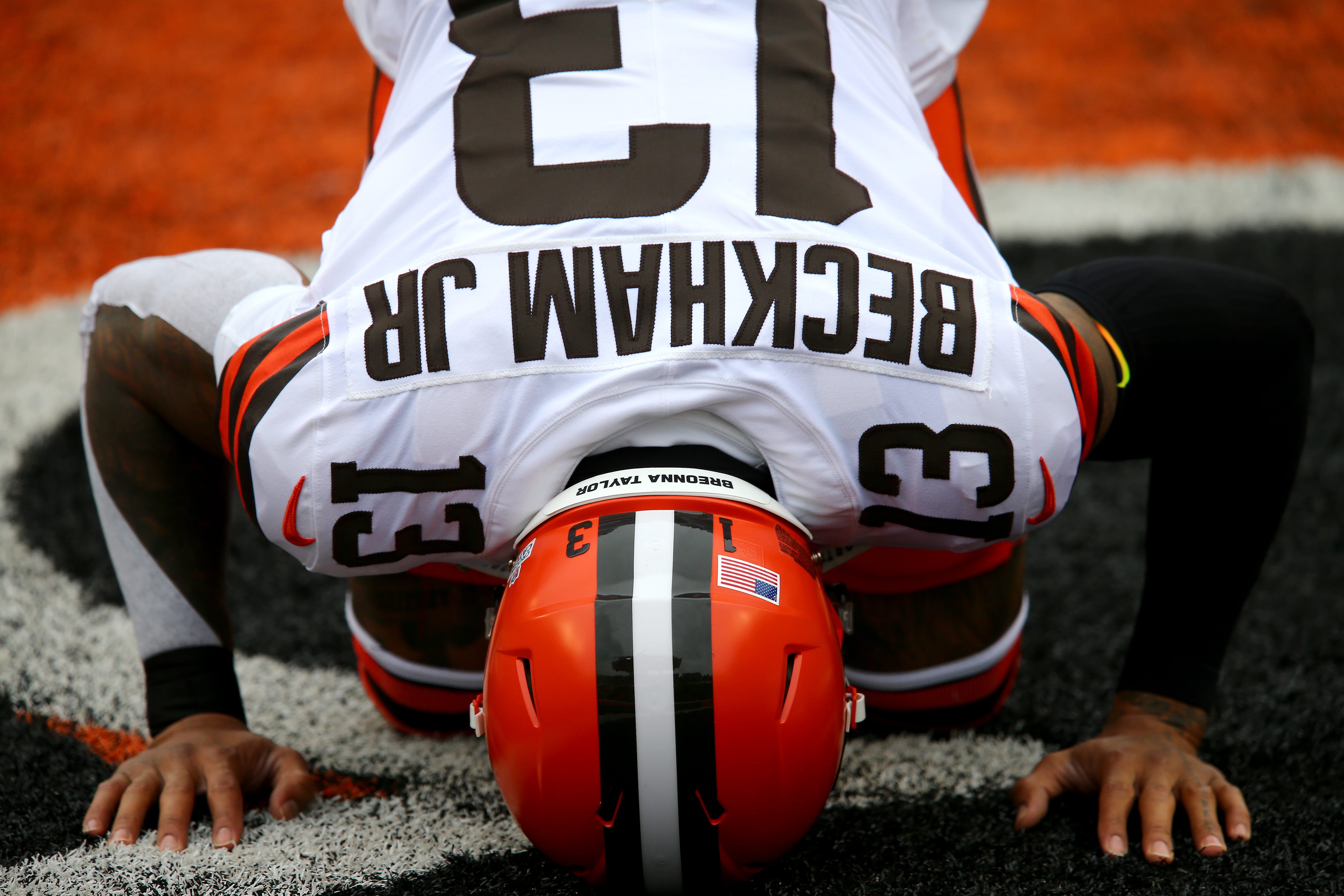 The Browns continue to attempt to tell the NFL world that they’re not interested in trading Odell Beckham Jr., for obvious reasons, but that doesn’t necessarily mean they’re not fielding calls about his availability.

There was a time when the Browns were a leaky organization, with local reporters often airing dirty laundry about what went on behind closed doors. It pertained to ownership and management, specifically how they treated the coaching staff, and how little power they were given.

But the Browns have learned from their mistakes, and they know if they publicly announce they’re looking to trade OBJ, then his stock would inevitably drop. Doing so would make them look desperate, and they wouldn’t get the maximum return for his talents. That wouldn’t be ideal, given how much draft capital they gave up for him.

And while they haven’t publicly stated whether or not they’re listening to calls about moving OBJ, Mary Kay Cabot of Cleveland.com sure seems to believe they are.

“I don’t think that there will be a trade partner for him out there,” she said, on 92.3 The Fan. “I think he’s going to be on the team this season. But I would also say that even though I am believing that Odell and Jarvis (Landry) are going to be the two main receivers this year, if someone did come and make an offer to the Browns for Odell, I still think that they would listen to it. I don’t think they’re 100 percent locked into having to have him on the team this year.”

We do believe OBJ will be on a new team next season. Stay tuned.