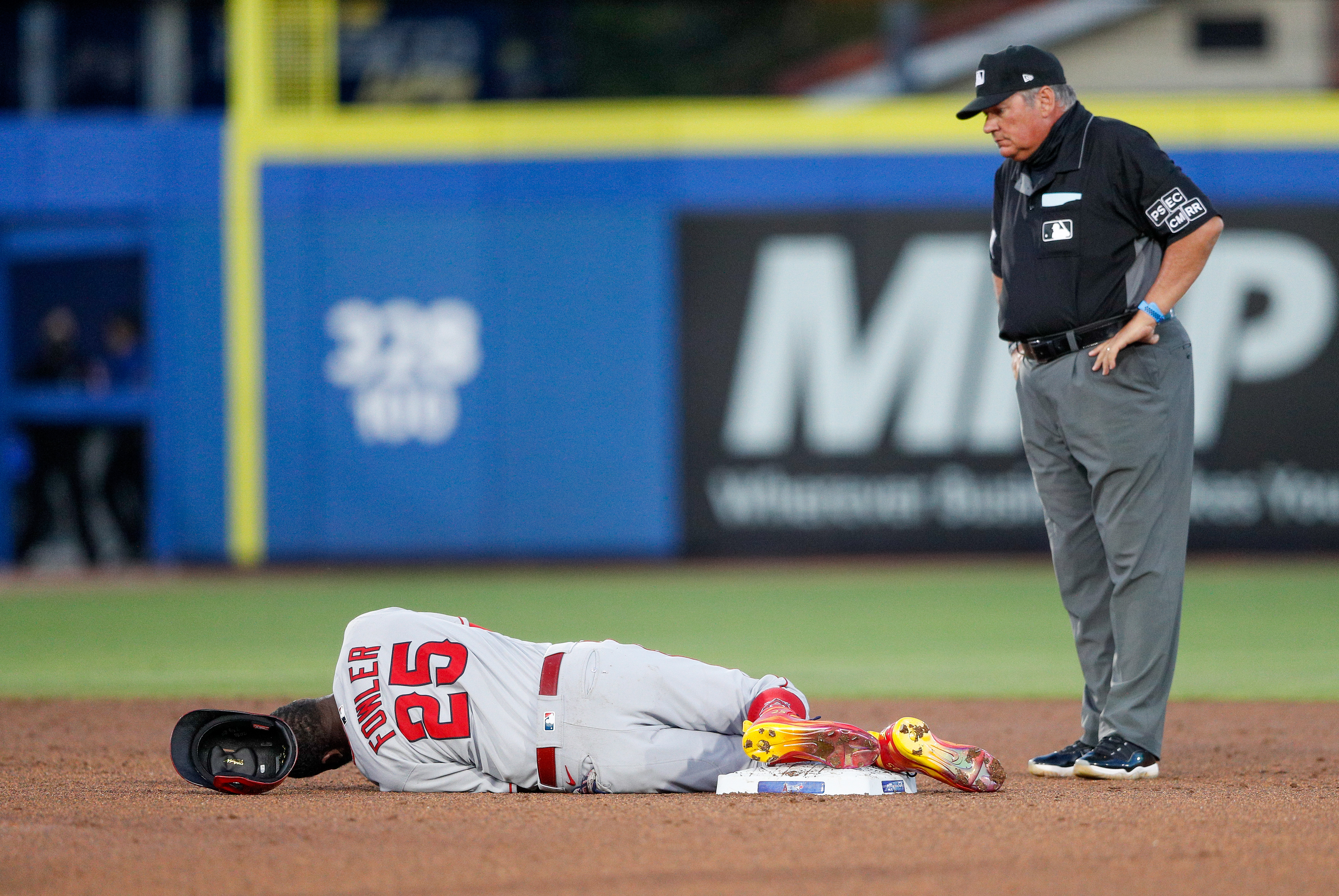 Los Angeles Angels outfielder Dexter Fowler of Atlanta, GA is out for the remainder of the 2021 Major League Baseball regular season. The former National League All-Star tore his anterior cruciate ligament while running into second base against the Toronto Blue Jays on Friday according to Alden Gonzalez of ESPN.

Fowler initially was diagnosed with a sprained left knee. However, after further test results, which included magnetic resonance imaging, it was determined that Fowler’s injury was significantly more serious. As a result, Fowler will miss the remainder of the 2021 Major League Baseball regular season. The expected recovery time after surgery is approximately six to nine months.

This was Fowler’s first season with the Angels. The 35-year-old was traded from the St. Louis Cardinals to the Angels for a player to be named later on February 4, 2021. By joining the Angels, Fowler was reunited with Angels manager Joe Maddon, as the two won a World Series together with the Chicago Cubs in 2016.

In 2021 after seven games, Fowler batted .250 with zero home runs and one batted in. During 20 at bats, he scored three runs, and had five hits, one stolen base, one walk, a .286 on base percentage, .250 slugging percentage, and five total bases. In the game that Fowler was injured, the Angels beat the Blue Jays 7-1. Fowler was replaced by Jose Rojas.

Do not expect Rojas to be a productive solution for the Angels in the outfield this season. That is because he has not yet recorded a Major League hit.

One area where Fowler showed a weakness this season was in his plate protection. In his 21 plate appearances, he struck out six times. Fowler has also had 1326 strikeouts in 5902 Major League at bats.

Despite the loss of Fowler, the Angels were able to win two of three games this weekend against Toronto. The Angels are currently tied for first place with the Houston Astros in the American League West. Both teams are at six wins and three losses.