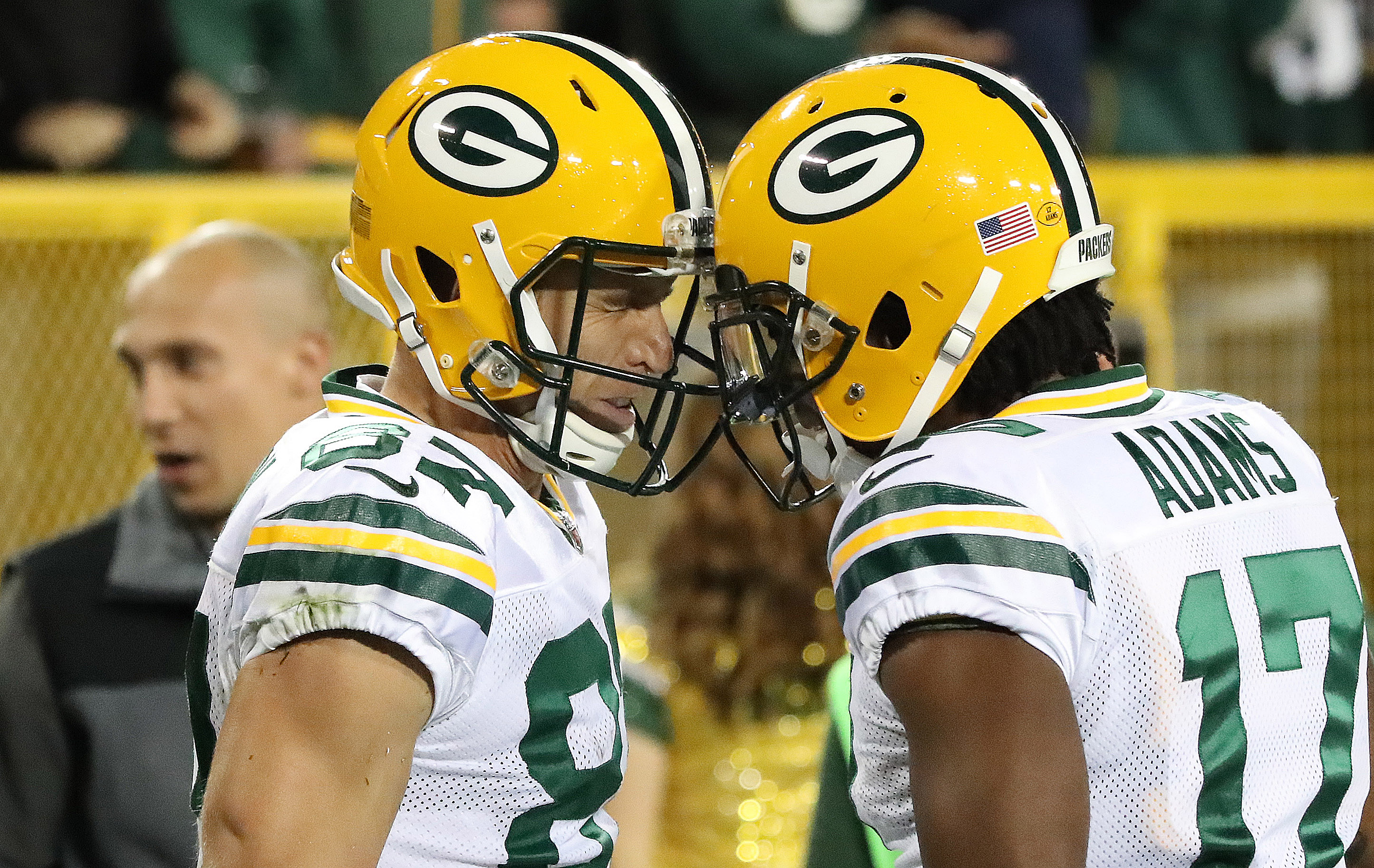 One statistic that made the rounds on Packers social media in the last year is that in his entire NFL career, Aaron Rodgers has thrown only one touchdown pass to a first-round draft choice and that was veteran tight end, Marcedes Lewis.

The Packers franchise quarterback has thrown 412 career touchdown passes in the regular season and only four of them were thrown to a player selected in round 1.

While many people viewed that as a criticism of the Packers organization, it is also something worthy of praise. Why? Because the Packers have had some outstanding talent at wide receiver during the Rodgers Era (starting in 2008) and those players were mostly selected in the second and third rounds of the draft.

One of Rodgers’ favorite target in his first few years as a starter in Green Bay was Greg Jennings. The former Western Michigan star was drafted in the second round of the 2006 NFL Draft by the Packers. Jennings spent seven years with the Packers and 10 years in the NFL. He earned Pro Bowl honors after the 2010 and 2011 seasons and had three straight seasons with 1,000 or more receiving yards.

Jennings played a big role in the Packers Super Bowl victory over the Steelers in 2010, catching two touchdown passes and converting a crucial third-down play in the fourth quarter that helped the Packers clinch their last championship.

One year later, the Packers used a third round pick on James Jones. Jones spent eight years with the Packers and became a consistent force in the Green Bay offense in the 2010s.

The San Jose State alum led the league with 14 touchdown catches in 2012 and had eight touchdowns in 2015 when he returned for his second tour of duty with Green Bay. Jones was able to use his size and hands to become a reliable target for Rodgers as part of a deep and talented receiving corps.

The Packers didn’t have a first round pick in 2008, but they had three picks in the second round and the first of those was wide receiver Jordy Nelson. Nelson later became Rodgers’ favorite and most dangerous receiver.

Nelson had four 1,000-plus yard seasons as a receiver and had three years where he caught 10 or more touchdown passes. He made the Pro Bowl after the 2014 season when he caught 98 passes for 1,519 yards and 13 touchdowns.

Unfortunately, a preseason injury caused Nelson to miss all the 2015 campaign but he bounced back the following year with another strong performance that saw him catch 97 passes for 1,257 yards and a league-leading 14 touchdown receptions. He earned the NFL Comeback Player of the Year award for his efforts.

In 2011, the Packers selected Randall Cobb in the second round of the draft. Cobb provided the Packers with a dangerous weapon as a return specialist immediately and quickly developed into a reliable big-play receiver.

Cobb came through with clutch touchdowns including one that clinched the division title for the Packers in 2013 in the final minute of the final game of the regular season.

In 2014, Cobb earned Pro Bowl honors after catching 91 passes for 1,287 yards and 12 touchdowns. All those numbers were career highs. Cobb spent eight productive years with the Packers and developed into a reliable slot receiver.

The Packers again picked a receiver in the second round of the 2014 draft when they added Davante Adams. The former Fresno State star has developed into one of the best receivers in the NFL today and has earned Pro Bowl honors in each of the last four seasons.

In 2020, Adams had the best season of his career. He caught a Packers-record 115 catches for 1,374 yards and a league-best 18 touchdown catches. He did this despite missing two games due to injury.

Right now, Adams is the Packers most dangerous receiver and he is the one player Rodgers counts on the most when he needs a completion.

The Packers have not drafted a receiver in the second or third round since 2015. While the Packers are looking to add depth and talent to the roster at receiver, it is unlikely they use a first-round pick at that position with the team having more urgent needs to fill early.

But based on the Packers need at the position, their track record at successfully selecting receivers on the second day of the draft and the depth at the position in this year’s draft, it is increasingly likely GM Brian Gutekunst could use a day two pick at the receiver position in the draft later this month.