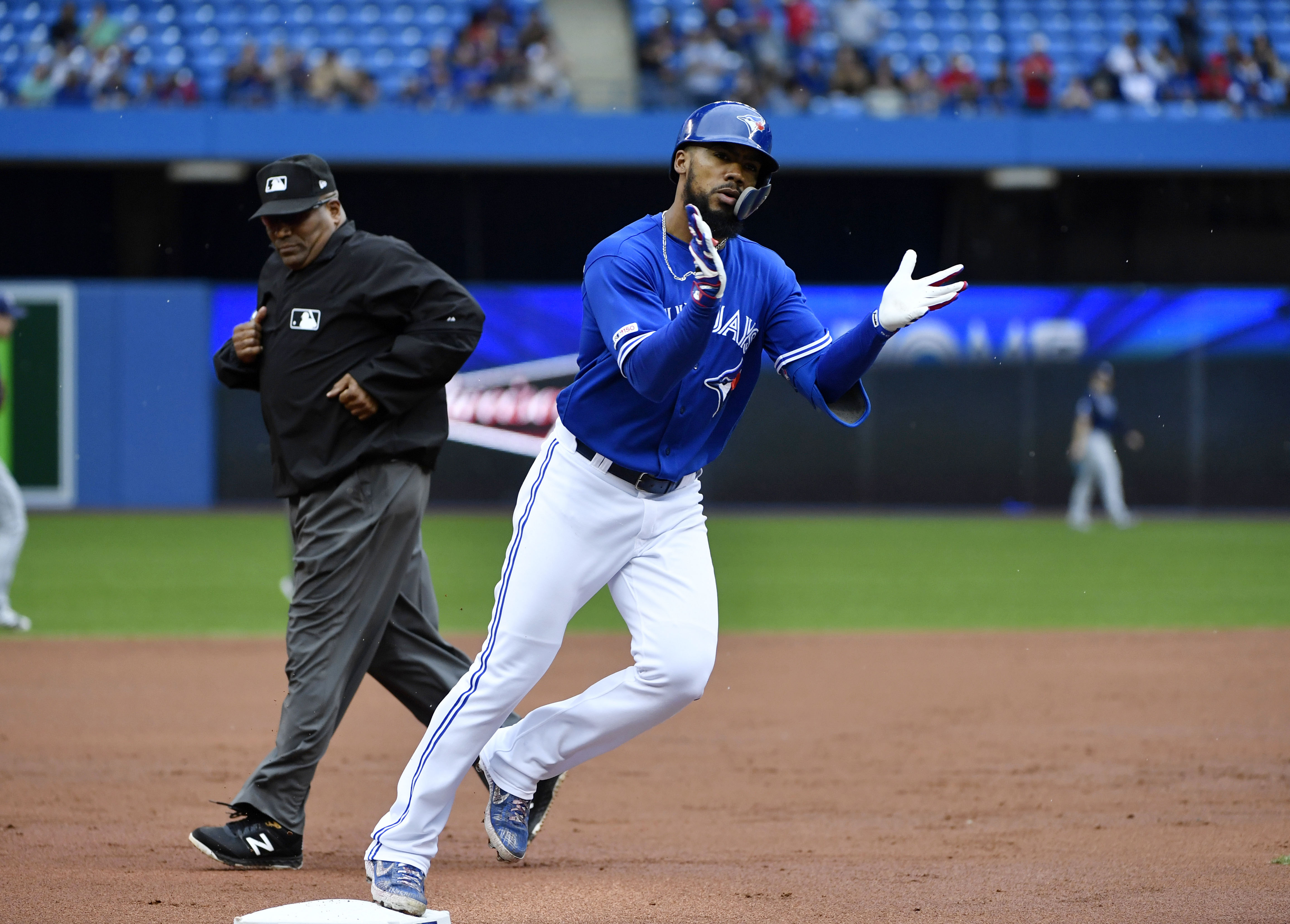 Toronto Blue Jays outfielder Teoscar Hernandez of  Cotui, Dominican Republic has tested positive for coronavirus according to Shi Davidi of Rogers Sportsnet. As a result, Hernandez will be out for the next 10 days at least.

The Blue Jays are starting their season in Dunedin, FL, and are expected to move to Buffalo, NY, later in the year. Ironically, the reason why the Blue Jays are unable to play in Toronto at the moment is related to the cause of Henandez’s disease. The Canadian-United States border remains closed due to the pandemic. There are currently 83,142 active cases in Canada, and there have been 23,500 deaths. Unfortunately for the Blue Jays, the state of Florida continues to have huge coronavirus numbers. In the state alone there have been 430, 427 cases and 34,245 deaths.

Where the Blue Jays are soon to move is in a state which continues to have high coronavirus numbers too. New York has 634,222 active cases and 51,663 deaths.

Prior to Hernandez’s positive diagnosis, he was batting only .207 with one home run and two runs batted in. Hernandez also had three runs scored, six hits, nine total bases, a .207 on base percentage, and .310 slugging percentage. A lot was expected from Hernandez in 2021 after he won the American League Silver Slugger Award last year.

Hernandez is not the only Blue Jays outfielder that has had issues to start the season. George Springer has not played at all because of injuries to his oblique and quad.

Due to the injuries of Hernandez and Springer, unexpected playing time has been given to Josh Palacios of Brooklyn, NY, who has been marvelous. In five games and 16 at bats, Palacios is batting .375 with five runs scored, six hits, and three runs batted in. Expect Palacios to continue to receive more playing time this weekend as Toronto has a four game series in Kansas City.