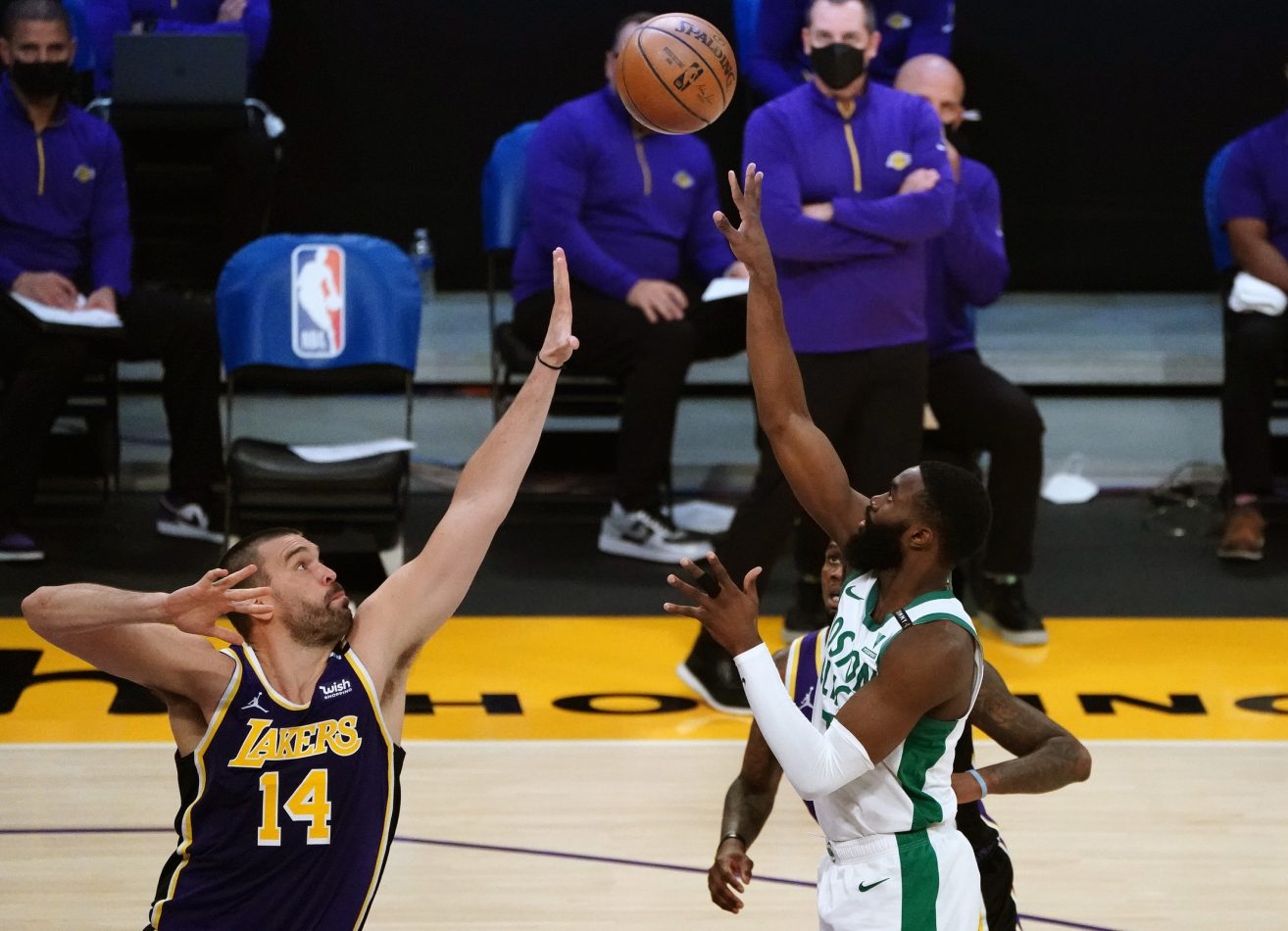 Even with stars and fan favorites missing on both sides, Lakers-Celtics matchups always are and always will be marquee events for one reason or another. Last night’s Celtics victory was no exception:

These days, outstanding performances by Jaylen are no longer shocking in and of themselves. They have become his norm. Even scoring in the 30s, while not his everyday flow, is hardly unheard of.

What Brown did in this game was one of the greatest showcases of his peak potential we’ve ever seen. Ending his night with 40 points alongside 9 boards, 3 assists and a steal wasn’t even the most remarkable part. That honor goes to the 11 straight field goals he made (cumulatively between the late 2nd and early 3rd quarters) and the mini-runs he made to pulverize attempted Lakers comebacks during the game’s final 12 minutes.

2. The agony and ecstasy of a top-heavy team

The Celtics came into this game almost fully healthy, whereas the Lakers most certainly did not. So we got to see Boston do what L.A. usually does to teams—bludgeon them with the brute force of its starters. Every starter hit double figures while also impressing in other areas: Kemba Walker playing in pass-first mode, Tristan Thompson standing in quite well for Rob Williams and Marcus Smart offering his usual fierce defense.

Even though the Lakers bench has some punch (mostly Montrezl Harrell and Talen Horton-Tucker along with the injured Markieff Morris and Andre Drummond), it usually isn’t the punch, though it was last night. Boston’s bench, as we well know, is far from a sterling offensive unit, which we saw demonstrated in Technicolor. Their scoring troubles (I’m speaking generally; we’ll note the exceptions in just a second), contrasted with the ability of the Lakers bench to rise to the occasion, was the main reason why this game wasn’t a wall-to-wall blowout. It’s also why a game where Boston was up 20 suddenly became one where L.A. was within low single digits of a tie in the final minutes. (21 turnovers didn’t help either.)

The ability of Payton Pritchard to be an effective rebounder at his size is an unexpected advantage. Luke Kornet’s pick-and-pop shooting and  accomplished shot-blocking is similarly found money, given that he was a throwaway in the Daniel Theis trade. Both of those things were on display tonight: FastPP dropped 15-7-3 tonight, whereas Kornet had as many blocks as he did points (3). Grant Williams also made the most of his limited minutes.

Aside from Pritchard, there was also zero reserve scoring. This is where the COVID-related absence of Evan Fournier hurts the most, as does the ho-humness of Carsen Edwards and Mo Wagner. (Langford and Nesmith didn’t score much either, but I’m not bearish on them yet; they’re ciphers to me due to injury and uneven minutes, respectively.) Granted, the Cs won their last five without Fournier’s sixth-man boost. But wouldn’t it have been nice if the Blazers and Knicks games hadn’t hinged on nail-biting endings?

Moving on from quibbles: In the regular season, being a good team depends as much on beating the bad teams you’re “supposed” to beat as it does on defeating quality opponents. The sports pundit class, both on national outlets and within the hellscape of Boston sports media, will sometimes try to suggest otherwise, but they’re f***ing wrong.

Decisively beating a hobbled Lakers team means something for reasons far beyond standings (though it certainly helps those, given the uncertainty of the play-in tournament). It’s the same way Tatum’s historic scoring night is meaningful regardless of it being against the Timberwolves. Stuff like this keeps the momentum of winning streaks alive, keeps the team hungry and helps build confidence that can, in the longer term, help fuel otherwise improbable playoff runs. Given that the Cs remaining schedule is far from a cakewalk (9 of 16 games remaining are vs. squads with .500-or-better records), they should take locker-room material wherever they can get it.

5. Never forget a key moment in the Lakers-Celtics rivalry

These days, I’d think that’s someone doing a bit, but the Lakers social media contingent is perhaps the least self-aware fan community in history. (Also, to be fair, a lot of people, including me, were reasonably impressed by Kuzma’s first year, which is when that Instagram post is from; he’s exhibited almost none of that potential in clutch moments.)