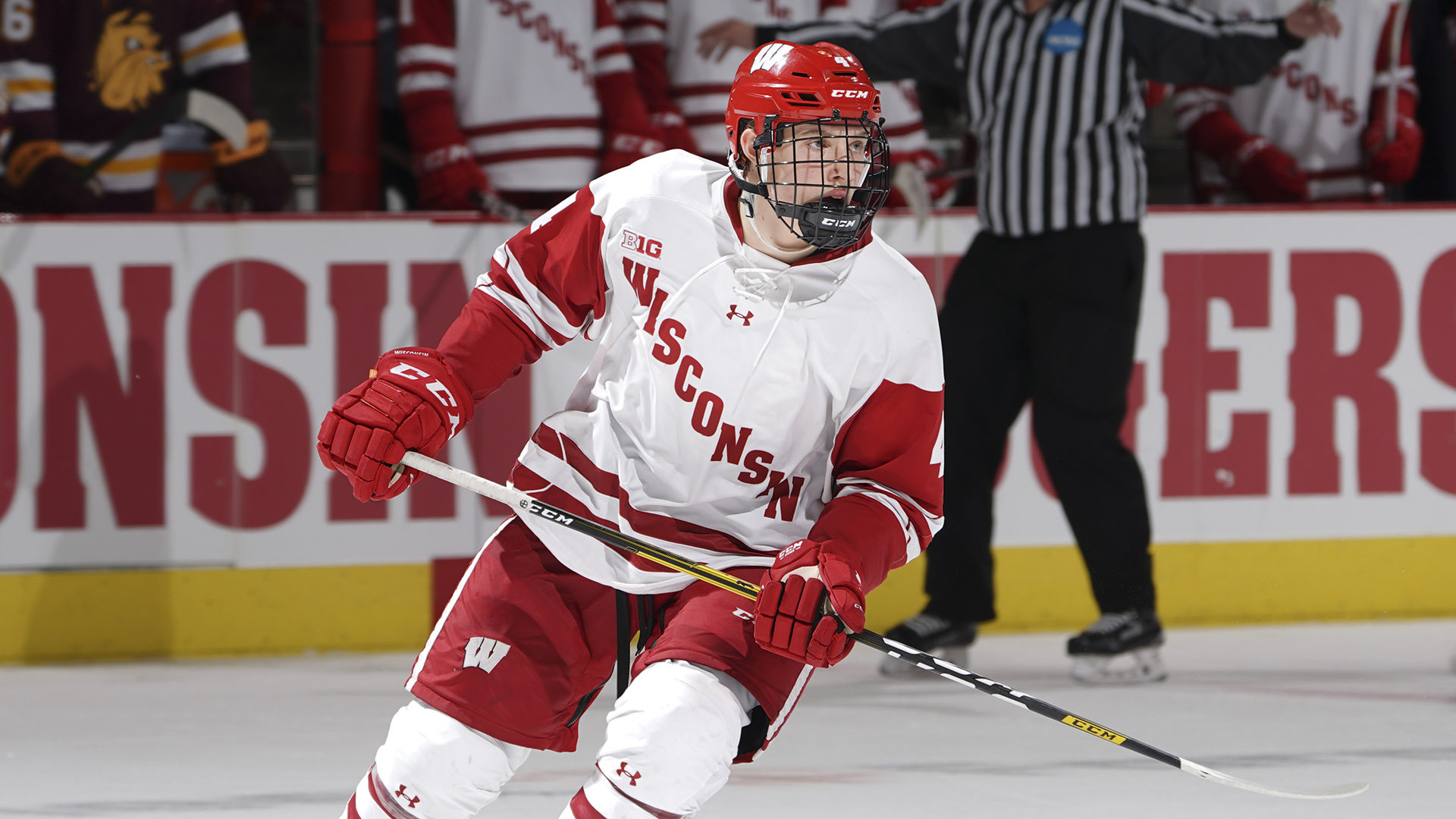 The Edmonton Oilers took care of an expected bit of business on Friday afternoon. The club agreed to a three-year, entry-level contract with forward Dylan Holloway. Holloway was Edmonton’s first-round draft pick, 14th overall, in the 2020 NHL Entry Draft this past October.

After a mediocre freshman season at the University of Wisconsin, in which Holloway got better as the year went along, he exploded as a sophomore this past season. Holloway scored 35 points (11 g, 24 a) in just 23 games for the Badgers, helping lead them to the 2021 NCAA Tournament.

Although the Badgers disappointingly lost to Bemidji State 6-3 in the opening game of the Tournament, Holloway’s season was one to remember. He was named to the All-Big Ten First Team, was a top-10 finalist for the Hobey Baker Award as the most outstanding player in men’s college hockey, and won a silver medal with Team Canada at the World Junior Championship in January.

Holloway will not burn a year of his entry-level contract. Per the club, the three-year deal will begin with the 2021-22 season. No salary information was disclosed.

TSN 1260’s Jason Gregor reported on Friday afternoon that Holloway is still in Wisconsin, and has been skating there. He’s been dealing with a broken thumb, and per Gregor has not yet been cleared to handle the puck yet. Gregor speculates that once Holloway is healthy enough to play, perhaps in early May, he will sign an AHL contract for the remainder of the season and report to Bakersfield.

The Condors season ends on May 16th against the Henderson Silver Knights in Las Vegas. According to multiple sources, the AHL is considering a divisional playoff this May, but does not expect to award the Calder Cup. The league is working with June 1st as a “drop dead date” for the completion of the entire season.

Holloway will report to Edmonton Oilers training camp this September.