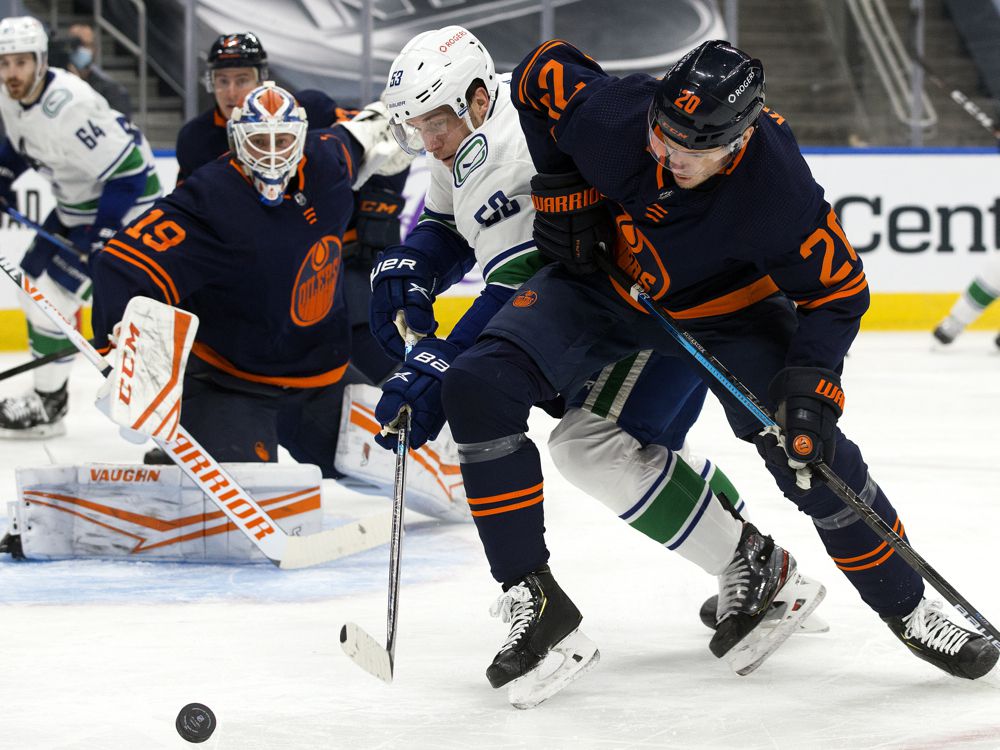 The Edmonton Oilers held an optional skate on Friday afternoon before heading off for Saturday night’s tilt in Winnipeg. While a number of notable players elected to take the day off, there was one notable addition to the main group of skaters. Defenseman Slater Koekkoek, who broke his collarbone against the Calgary Flames nearly two months ago, was back with the main group.

While Koekkoek’s return is not imminent, he is getting closer and getting healthier.

“He’s still a few weeks away but he hasn’t had any contact yet,” Head Coach Dave Tippett said of the first-year Oiler on Friday. “He’s been skating on his own for about a week here and today, because we had an optional skate, he went out there with the optional guys. He’ll slowly get worked into the group but he’s still week-to-week.”

What will the Oilers gain when Koekkoek is good to go?

“He’s a good guy in the locker room,” Tippett told reporters Friday. “When he’s hurt, it’s not like he’s not around. He’s just not on the ice with you. He’s been around all the time. He’s anxious to get back up and going, and everybody recognizes that we’re going to need depth going down this stretch drive here. Whenever he gets back up and playing, he’ll give us more depth on the left side and that’s something that’s going to be helpful for us.”

Koekkoek won’t be alone in providing that depth. Tippett confirmed that deadline addition Dmitry Kulikov is also in Edmonton and serving his quarantine. The hope is that Kulikov will take the ice next Thursday, and make his Oilers debut on April 26th.