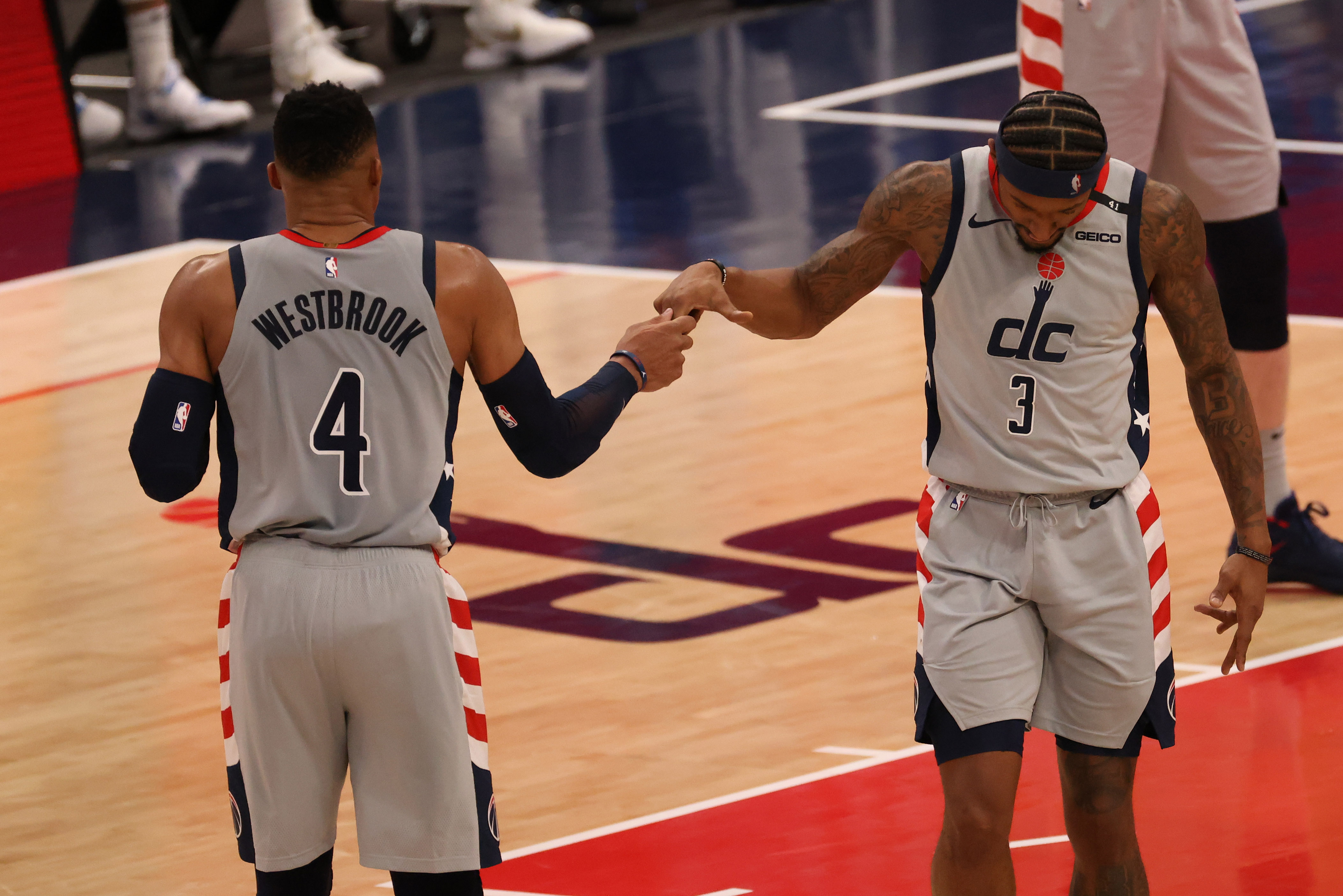 The Washington Wizards are finally healthy and playing better basketball as they look to hit their stride to earn a spot in the 2021 post-season. With 17 games left, the Wizards (22-33) are just percentage points behind the 10-seed Raptors (23-34). Toronto and Chicago (22-33), who is without Zach LaVine due to health and safety protocols, have a more difficult schedule over the final month of the regular season than Washington. The Wizards finished a brutal six-game Florida and West Coast road trip 4-2 and have now won five of their last six after coming back to beat the Pelicans to start a four-game homestand that fans will return by the end.

Technically the Wizards were their most healthy for four games early in the season before Thomas Bryant suffered a season-ending ACL injury, but Russell Westbrook was battling a nagging quad injury and Davis Bertans was out of shape. Hopefully Bertans and family are doing well after missing Friday’s game vs. New Orleans for personal reasons, but the Wizards are as good offensively as almost any other team in the NBA when he and the rest of the current roster are available. Even without a real halfcourt philosophy, Washington plays fast and can score 120 on any given night.

The triple-doubles may not be directly correlated to or indicative of success if it comes with inefficiency and turnovers, but Russell Westbrook has played his best basketball for D.C. since the All-Star break. Bradley Beal still narrowly holds the NBA’s leading scorer title as a walking 30-piece, or 31 to be exact. Rui Hachimura, Daniel Gafford, Davis Bertans, and even rookie Deni Avdija have played great supporting roles with Ish Smith, Raul Neto, Robin Lopez, and Garrison Mathews providing good end of rotation minutes. Given his not-so-nice inheritance, Tommy Sheppard has done well for just two years on the job in terms of roster construction.

“You see everybody communicating, talking, you see everybody’s into it, everybody’s helping each other up off the ground. The small things are important and I try to make sure I emphasize that to our team that the little things matter. Everybody sees the big stats, big plays, but the small details matter. Pushing catches out, using our hands, boxing out, rebounding the ball, getting on the floor, the small details matter,” Russell Westbrook explained in yet another example of his impactful leadership on the Wizards’ roster.

Washington has a simple recipe to earn a spot in the play-in tournament or better which is what Bradley Beal is really eyeing. Play hard and with great effort the entire game, while limiting turnovers and getting a shot up every possession. The Wizards are 8-4 when committing 12 or fewer turnovers this season juxtaposed by an abysmal 11-24 record when having 14 or more miscues. They still may not make it back to .500 but that still may be good enough for two home playoff games with fans for Ted Leonsis.

Even if Washington comes away from the play-in tournament with a first-round series, it is unlikely they could pull off an upset over the 76ers, Nets, or Bucks as long as those contenders are healthy. It will take more than a first-round exit for Scott Brooks to keep his job as he is nearing the final weeks of his five-year, $35 million contract inked in the summer of 2016. There are plenty of intriguing potential candidates Washington could look to steal away from other teams with the appeal of working with Bradley Beal as the star shows no signs of asking out. Likely entering 2021-22 over the salary cap and unwilling to go into the tax, a boost in coaching is the only hope of significant improvement with little room for roster improvement outside of the draft and mid-level exception. Of course, barring lottery success, this playoff push will likely cost Washington a shot at one of potentially five projected generational talents in the 2021 draft.