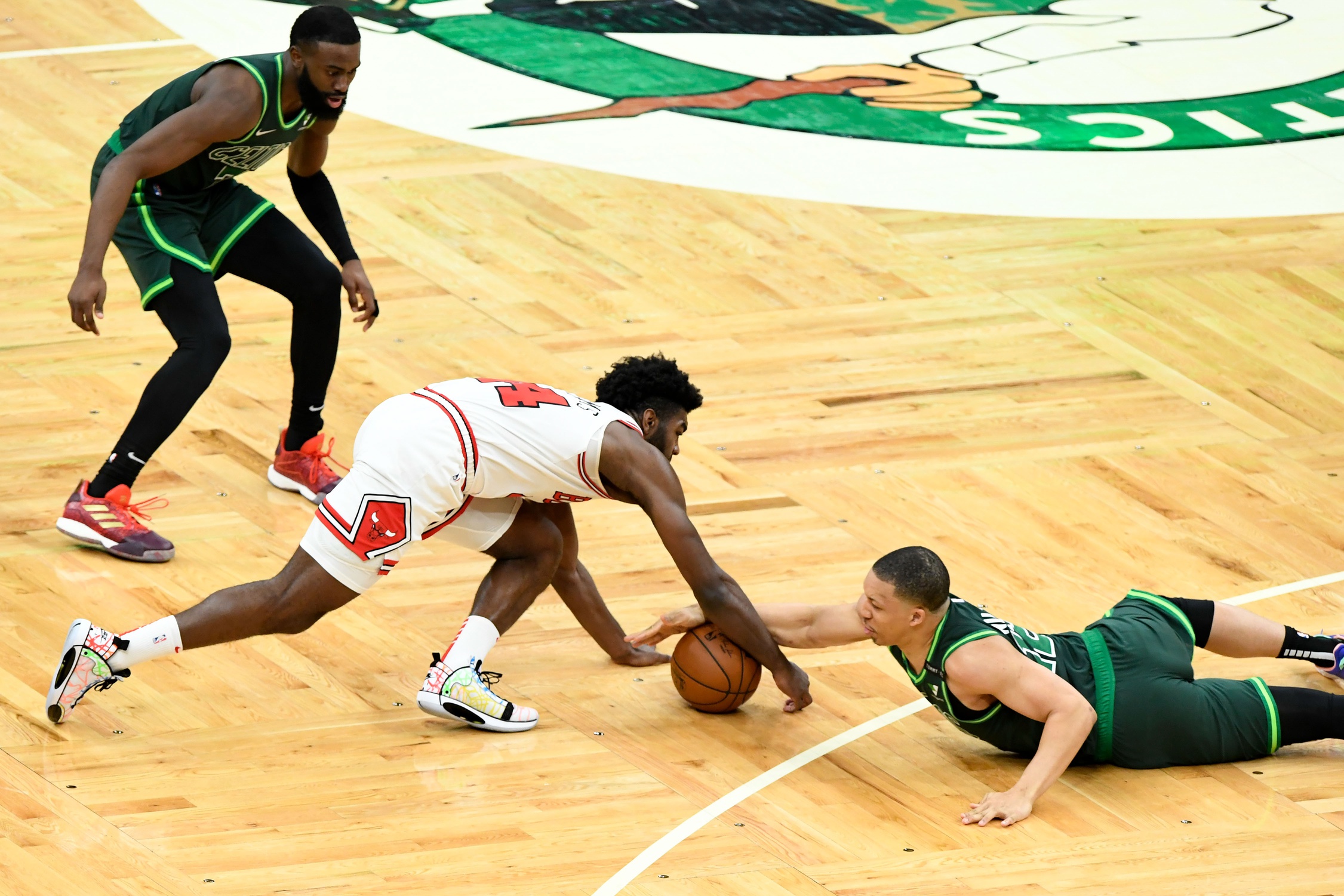 I knew it was going to be a rough night when I learned cheap-ass NBC Boston was serving us Brian Scalabrine as the play-by-play guy for tonight’s game vs Chicago. The only bright note in the 102-96 loss was hearing Danny Ainge candidly criticize his team’s sloppy and disjointed play for two hours.

First off, the Celtics suited up without Kemba Walker and Marcus Smart, both out due to non-Covid related illness. There’s some wild speculation their conditions may be related to reactions to vaccinations. Rob Williams (sore left knee) and Evan Fournier (Covid) remained out.

Jayson Tatum may have recorded his first career triple-double (14 points, 13 rebounds, 10 assists), but the Celtics really needed his scoring tonight and he woefully underperformed (3-17 FG). JT also had some bad turnovers and questionable offensive decisions late in the game. Jaylen Brown finished with a team-high 23 points (10-15 FG) but was a non-factor for most of the 2nd half.

The Celtics had no answer for Nikola Vucevic (29 points) and surrendered 9 offensive rebounds for 18 2nd-chance points. In 22 painful minutes, Grant Williams logged as many fouls (3) as field goals and rebounds.

Jaylen Brown is cooking right now with 13 points on 6-for-6 shooting over the first nine minutes. He's now 23 for his last 26 from the field dating back to his 40-point outing against LA. And one of the misses was a heave.

Terrific offensive first quarter for the Celtics, who shot 13-19 from the field and 4-6 from 3. The only reason the game is close (30-24) after one quarter is the Celtics have committed six turnovers. Jaylen Brown is a perfect 6-for-6 for 13 points.

(There was nothing worth sharing from that 3rd quarter)

Per @EliasSports, Jayson Tatum (23y, 47d) is the second-youngest Celtics player in franchise history to record a triple-double

Tremont cuts it to 2! pic.twitter.com/ilCq1Rlrhm

Brad Stevens says that Jaylen Brown will be getting his left shoulder looked at after this game.

Brian Scalabrine to Danny Ainge, who called the game with him: "Did you at least have fun?"

Scal: "At least we had a chance to catch up."

Ainge: "We could go to lunch to do that. This was not fun."