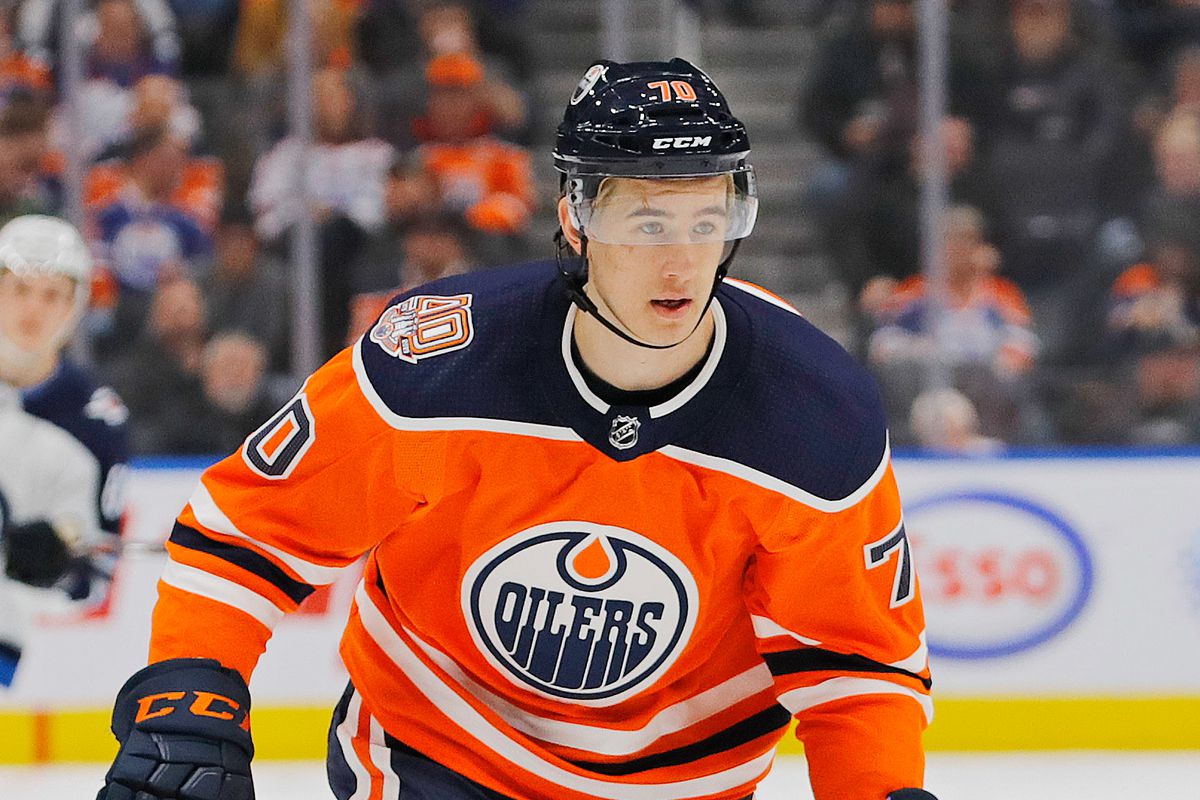 On Sunday afternoon, the Edmonton Oilers made an unexpected but deserved call to the minors. The club recalled second-year professional forward Ryan McLeod from the AHL’s Bakersfield Condors. McLeod was officially assigned to the team’s taxi squad, and will be placed on the COVID-19 Protocol List while he serves his mandatory seven-day quarantine.

McLeod could join the Oilers for game action a week from tonight when the club visits the Winnipeg Jets. That game is also slated to be the Oilers debut for veteran defenseman Dmitry Kulikov, who was acquired last Monday via trade from the New Jersey Devils.

A 6’3″ center taken with the 40th overall pick in 2018, McLeod gives the Oilers a much needed boost in both the speed and skill departments. McLeod has taken a huge step in his second professional season, hitting the point-per-game mark with the Condors.

As a rookie, McLeod played in 56 games with the Condors in 2019-20, scoring 23 points (5 g, 18 a) while playing both center and wing. This season, McLeod has already topped his point total with 28 (14 g, 14 a) in just 28 games. He’s become a force for the Condors, is top-five in scoring in the AHL and plays a key role on the penalty kill. He’s also been a full-time center in California this year.

So, what might McLeod bring to the table as he gets set to make his NHL debut? Oiler fans can expect a player with exceptional speed, the ability to both exit and enter the zone with possession, a strong penalty killer and a solid playmaker. He may not be a gamebreaker, but McLeod has all the tools to be a successful and effective NHL player.

Condors play-by-play broadcaster Ryan Holt tweeted out that McLeod transports the puck as well as anyone he has seen in the AHL, and complimented the sophomore forward’s work on the penalty kill.

Here’s a look at McLeod’s scouting report via The Sports Forecaster.

Owns outstanding, breakaway speed that can be a game changer. Overall, he is an outstanding skater. Also has great passing skills and pretty good touch. Is a true playmaker whenever he is on the ice. Needs to fill out his good-sized frame in order to get strong enough to fend off challenges from professional D-men at the highest level. Also needs to shoot the puck more to keep defenders honest.

Oilers GM Ken Holland has a well-known reputation for letting players “overripe” in the minors before giving them a shot in the NHL. With the Oilers desperate for an injection of speed and skill, however, Holland is making an exception. McLeod has a variety of skills and has been one of the best players in the AHL this season. He’s earned this recall.

It isn’t out of the question that the team’s second-round pick in 2018 has played his last game as a Bakersfield Condor.