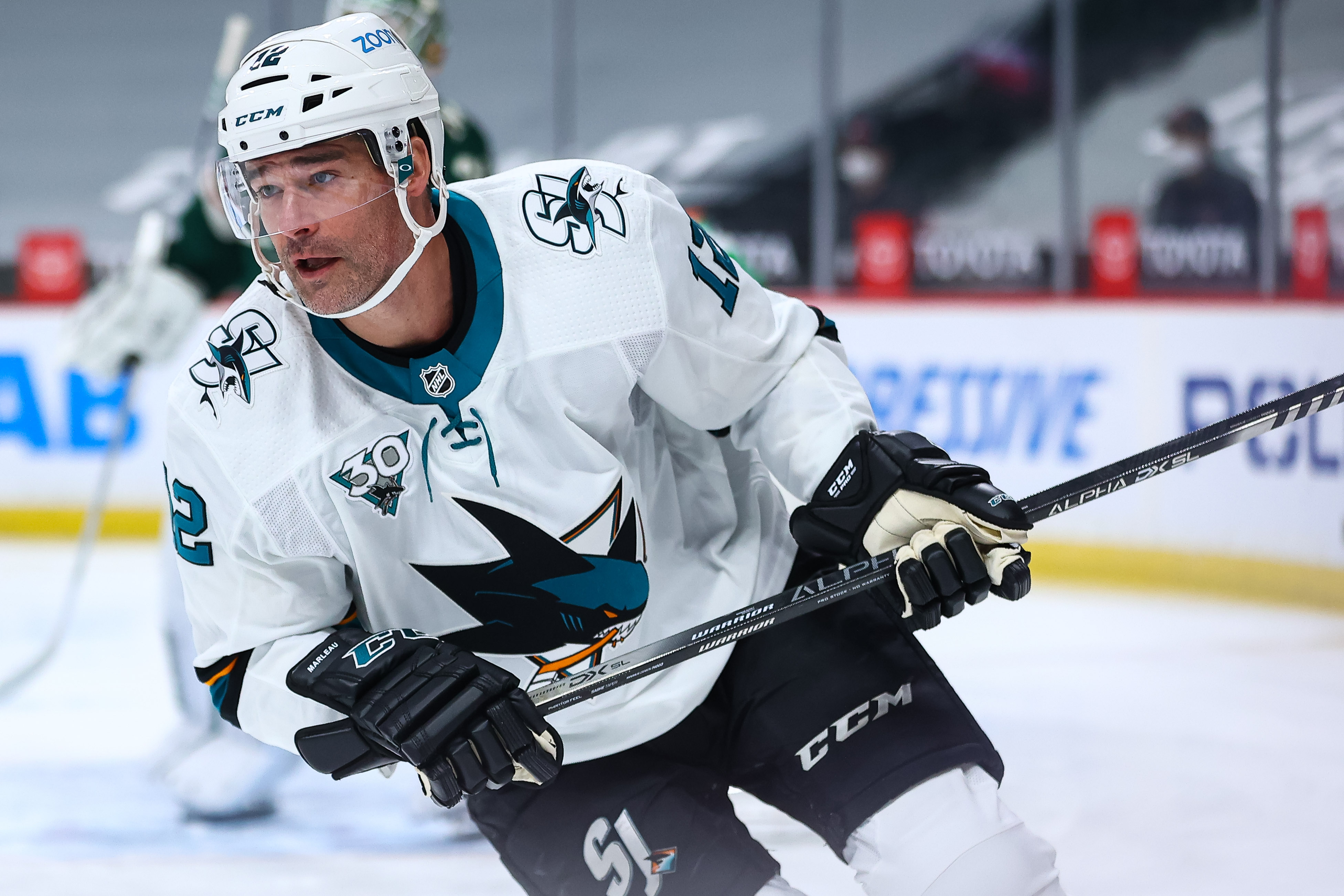 Monday was a special night in National Hockey League history. That is because Patrick Marleau of the San Jose Sharks played in his 1768th NHL regular season game in a 3-2 Sharks shootout loss to the Vegas Golden Knights on Monday, and broke the record previously held by Gordie Howe, who played 1767 games. Marleau started with the Sharks in 1997-98, and has since had 566 goals and 630 assists for 1196 points. Let’s now take a look at the nine best regular season games of Marleau’s 21-year NHL career, where he collected a career-high four points in each.

March 30, 2002– Marleau recorded his first four-point game in a 10-2 Sharks rout over the Columbus Blue Jackets. Marleau had two goals and two assists, and scored his two goals in the last five minutes of the game.

February 10, 2006–Marleau had a career-high four assists in a 6-3 Sharks win over the Dallas Stars. Marleau assisted on goals by Joe Thornton, Jonathan Cheechoo, and two goals by Milan Michalek, including the game-winner at 14:32 of the second period.

January 4, 2007–Marleau had one goal and three assists in a 9-4 Sharks win over the Detroit Red Wings. After giving up the first three goals of the game, the Sharks scored nine unanswered goals. Marleau’s goal came at 7:26 of the third period to put San Jose up 7-3 at the time.

January 26, 2007–Many teams started to feast on the Edmonton Oilers in this time period, and that included the Sharks and Marleau. In this game, Marleau had two goals and two assists, including the game-winning goal at 3:21 of the second period from Ryan Clowe and Marc-Edouard Vlasic in a 5-1 Sharks win.

October 22, 2008–In an exciting 7-6 Sharks shootout win over the Philadelphia Flyers, Marleau had two goals and two assists at Philadelphia’s Wachovia Center. Marleau however took a key holding penalty in the game with 1:50 left in the third period, which allowed Daniel Briere to tie the game for the Flyers and force overtime.

March 27, 2010–In a 4-2 Sharks win over the Vancouver Canucks, Marleau was involved in all four San Jose goals. He assisted on goals by Dany Heatley, Joe Pavelski, and Ryan Clowe, and scored an unassisted marker at 9:29 of the second period.

October 27, 2010–In a 5-2 Sharks win against the New Jersey Devils, Marleau had one goal and three assists. He assisted on the game-winning goal by Thornton (who had a hat trick) with 1:01 left in the first period. which gave the Sharks a commanding 3-0 lead.

January 23, 2017–For the first and only time in his career, Marleau had a four-goal game in a 5-2 win over the Colorado Avalanche. Marleau scored all foyr goals in the third period, including the game-winner at 5:57 of the final frame from Logan Couture and Brent Burns. Marleau was one of three players in the NHL to score four goals in a game in 2016-17. The others were Auston Matthews of the Toronto Maple Leafs and Max Pacioretty of the Montreal Canadiens.